Our tour of Paris got some momentum. We started to realize the context. The history of Paris was not only beautiful architecture, or ideal and good kings. It was about fights as well. One of the most well-known was was French Revolution. It took place during the times of greedy King Louis XVI and his arrogant wife Marie Antoinetta. It was the time when upper echelons of the society lived luxurious life and the poor people suffered and had nothing to eat. This disproportion escalated to mass revolt of the common folk. First, the people plundered Les Invalides. There army had more then 30000 of arms, yet with no gunpowder. Then the people moved to Bastilla where it freed prisoners and replenished gunpowder. It was only a step away from capturing the king. He was stripped of all his titles and thus became an ordinary man - citizen Louis Capet. Then he was beheaded. Similar or the same fate was upon other 3000 aristocrats, Maria Antoinetta included. First, they were imprisoned in La Conciergerie and then executed. This is, in short, how retaliation for grievances of the aristocracy was done the people. 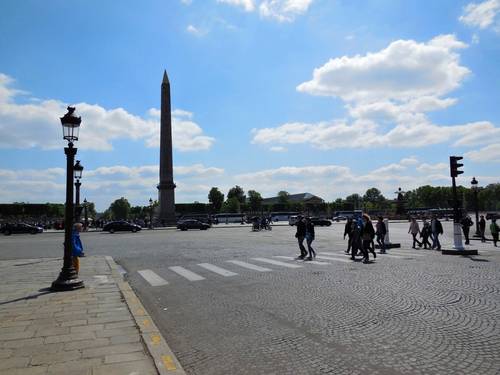 Square where blood was spilled

Perhaps you ask why we remember the French Revolution and how it is related to Place de la Concorde? Place de la Concorde was Louis XV’s pride. He built there an equestrian statue of himself. It was a symbol of power. The square had been built for eleven years and carried his name. For the French it was, however, a symbol of poverty and suffering. It became unbearable during the reign of the new king. Many thousands died. 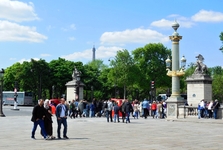 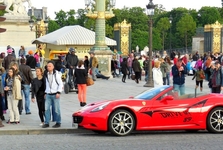 It has been estimated that almost 40 000 people were executed on this square, including the king. Blood was hard to wash from the paving thus it was repaved later. 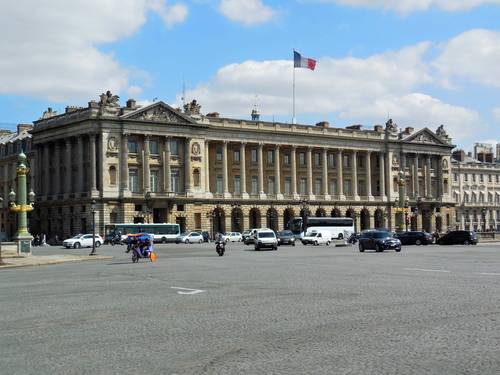 Realizing that we stand on the place where so many people died, we had mixed feelings. We have to tell you another interesting fact we had learned. To behead people was used a guillotine authored by Dr. Joseph-Ignaceus Guillotin, who forced lawmakers to pass a law requiring using this fast and reliable tool. Until then, only rich and famous were eligible for “painful” death. Others faced such fates as hanging, cooking, tearing apart, or crucification.

Enough description of this unpleasant part of French history. Lets get to the present. Place de la Concorde is a center of several boulevards. Also, it is part of the Axe Historique. The square is a point of entrance to the Tuileries gardens from which it is separated by an impressive iron gate. In the central part of the square, where once the equestrian statue symbolized the royal power, used to be a guillotine later. Today there is the 23-meter high Egyptian obelisk. On the top there is gilded pyramid reflecting sun rays. The obelisk has been there since 1836 to divert attention from horrors that happened on the square earlier. The monument dates back to the 1300s B.C. It comes from a temple of Ramesses II in Luxor. It was gifted to King Louis Philippe I by Egyptian King-Regen Muhammad Ali. 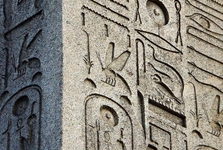 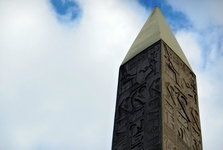 Other sights included larger-than-life statues guarding the entrance on the boulevad Champs-Élysées, or beautiful fountains in its northern and southern parts. The fountains are inspired by the fountains on St Peter’s square, Rome. The boards of the compound consists of an unusual roundabout, well rectanglebout rather, and buildings of some buildings such as the Ministry of Navy, French Car Club, galleries, museums etc. Joining the square are also the famous streets of Rue Royale and Rue de Rivoli. 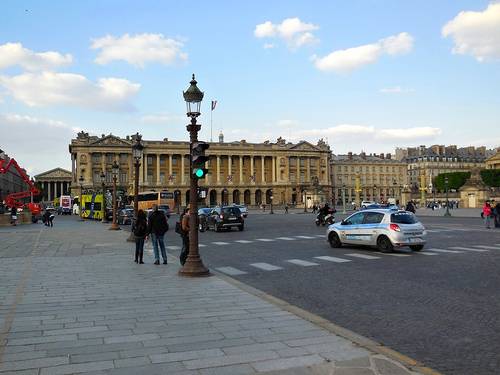 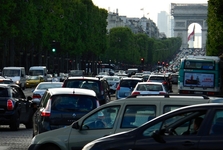 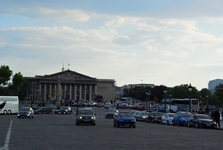 After a while, we ceased admiring and walking around the square. We moved on, to the church La Madeleine. You can read about it next time.