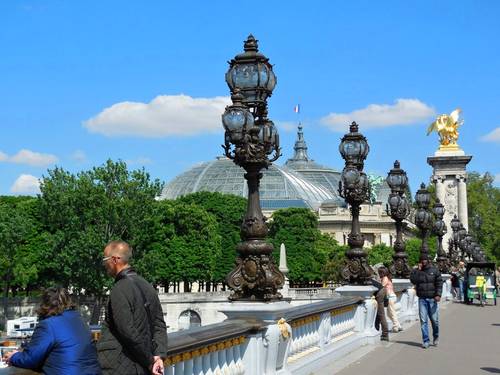 The bridge of Alexander III connects the 8th district of Paříže with the 7th district. It served as also as a way to get to Les Invalides and the palace. First we wanted just to walk through quit quickly. Yet we were so astonished with its beauty that we stopped there and admired its architectural details. We were not surprised by the fact that it is one of the historic landmarks. It has monumental columns. On their tops were allegorical statues, really fascinating. Every column captures different theme or face of France. For example, there are depictions of medieval, renaissance or modern France. The columns are not the only decoration. Along both sides of the bridge, there are other mythological scenes, both ends are guarded by lions. Simply beautiful bridge. A date of its ceremonial opening is inscribed on one of the four columns. The year was 1900, April 14, to be precise. It was the year of Paris hosting the World’s Fair. The concept of the bridge was confirmed after sealing the alliance with Russia". 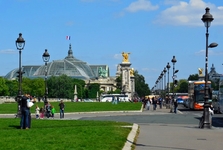 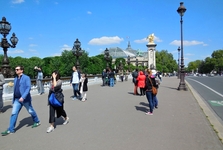 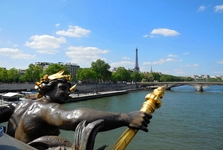 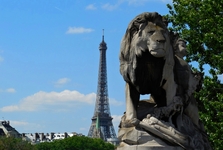 Totally astonished by this beautiful building we continued on. Soon we stood before another gem in Paris. Grand Palais. It is a unique building initially built to be an exhibition pavilion during the World’s Fair in 1900. Allegedly, it is the largest glass-metal building in the world. Its size really earned respect. Consider yourself that 8500 ton construction that covers area of 15 000 square meters of glass. The building was built in the Art-Noveau style combined with a classicist façade. Originally, Industrial Palace used to be there. Yet it was demolished and the French built there a palace even more grandeur, Grand Palais 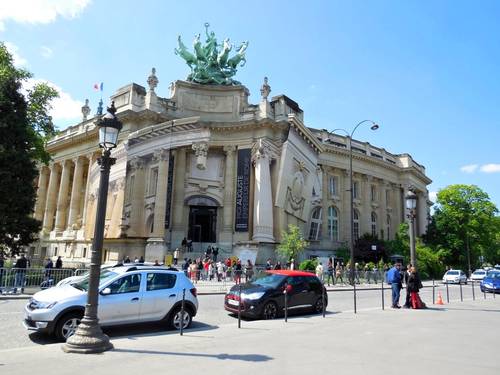 We only peaked inside. The entrance hall was literally huge. Altogether, the palace offers unbelievable space of 77 000 m². Since the end of the World’s Fair it has been serving as a place for exhibition, fairs, or fashion shows. A couple of events took place there even at the time of our visit. The palace houses the museum of science and a planetarium. There is even a police station. As we wanted to see a lot more things, we did not took a tour inside. 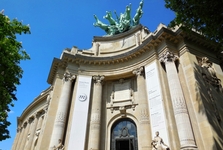 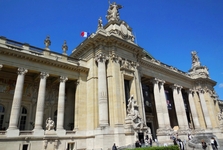 Petit Palais stands opposite to Grand Palais. We couldn’t just walk by it. Its exterior consists of a monumental column decoration with beautiful entrance with a dome above. There are large windows luring you to explore the building. The building, as well as the Bridge of Alexander II or Grand Palais, was opened by the time of the World’s Fair. Two years later, an art museum was opened there. It has been there ever since. The museum holds items ranging from antiquity to the 20th century art. Among the most famous works are Rembrandt’s self-portrait , Rubens, Cézanne, or unique icon collection. Around the palace, there is a large court and a garden. 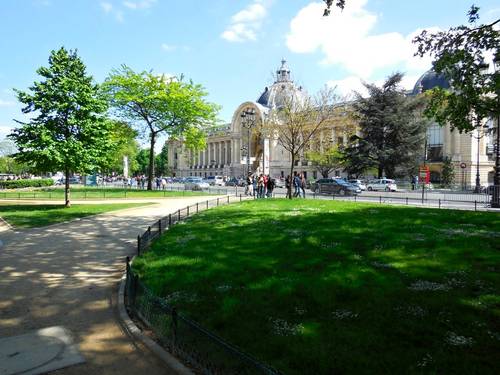 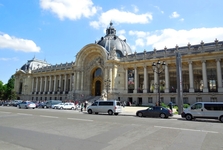 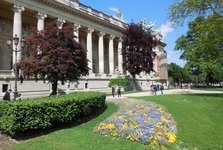 Upon exploring Peitt Palace from the outside, we returned back on Champs-Élysées. On the way, we passed by a small square dominated by a statue of Charlese de Gaulle, French general and politicians. Where we headed next is a matter for next week’s article. 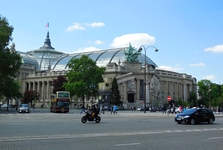 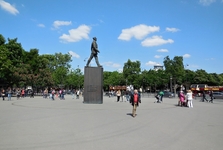