This time we went Vendôme square (Place Vendôme). We got there after a short walk from Opera square (in front of Garnier Opera) along Rue de la Paix. Omnipresent historical buildings completed charming atmosphere of the place. Suddenly, we appeared on quite large square (26,9 ha) of square shape. It is dominated by a large vicory column. 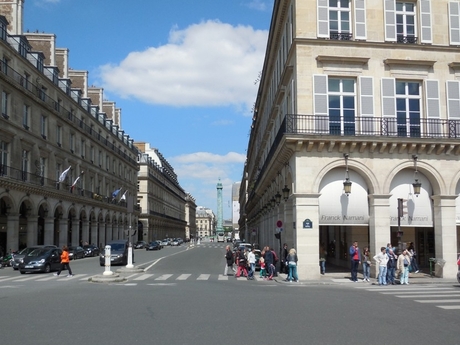 This square looked royaly. We were not mistaken. Once it was named after Ludvik the Great- It was one of the royal squares. It was built in the years 1685 to 1699 on the order of the king Louis XIV himself. He gave France such gems like - Versailles chateau or Les Invalides. The square was designed by the architect Jules Hardouin Mansart. 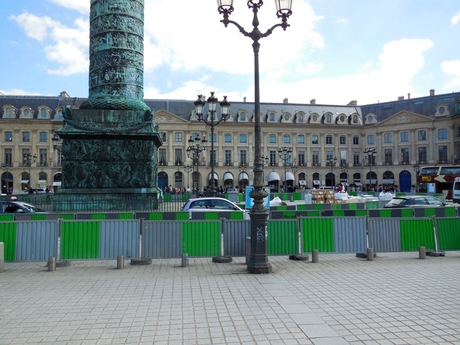 We got to the center of the square. There we saw buildings of quite same height that lined the square. There are Ministry of Justice , famous Ritz Hotel, under reconstruction in the time of our visit, or houses of famous people such as music composer Fryderyka Chopin, Swiss doctor and the founder of hypnosis Franz Anton Mesmer, or Scottish financier Johna Law. 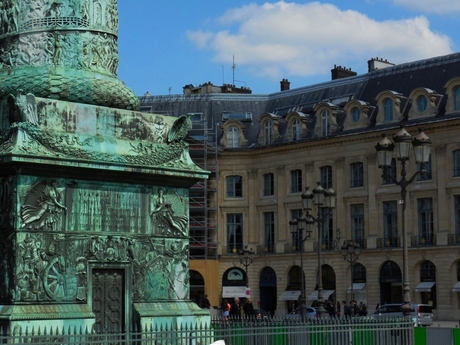 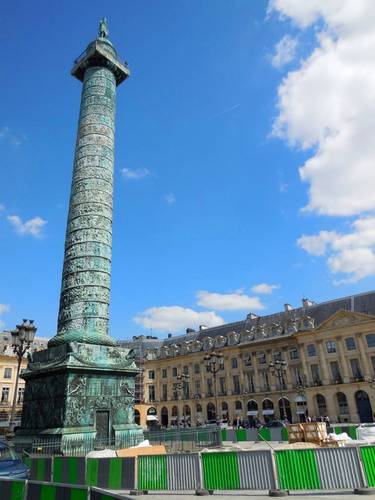 The most distinct feature is the so-called Colonne Vendôme. This bronze column of triumph is devoted to Napoleon I. It was inspired by the column of triumph of Emperor Trajan of Rome. This column celebrates Emperor’s campaign in Dacia. Originally, an equestrian statue of King Louis XIV used to be here. In 1792, the statue was replaced by a 44,3 meter column and 3.6 meter of thickness. A statue of Napoleon crowns the top. Along the circumference is a bronze relief 280 meters long. The relieph depicts Napoleon’s battles and a victory in 1805.

An interesting fact is that the column was demolished. Well, it was destroyed during the Commune of Paris in 1871. Two years later (1873) it was renovated. Hence, we can enjoy it today. We had to touch this piece of French history. Closer look revealed that the column is hollow as a staircase is located inside. It leads to a platform below the statue on the top. As massive iron door was closed, we could only imagine how the view on  Paris  would look like. 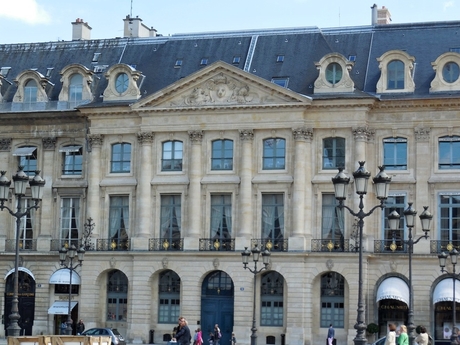 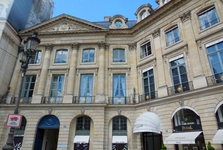 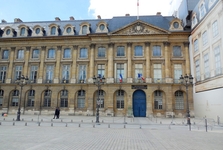 We were enchanted by the architecture. Upon our departure from Vendôme square, we realized there are no cars. This is a consequence of recent garage construction. It was built there for aesthetical and practical reasons. Thanks to this we could enjoy the square to the fullest. We reached Rue de Castiglione street which crosses Rue de Rivoli street. 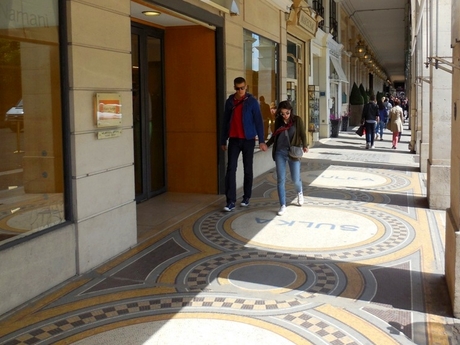