History has seen battles here not only in the Middle Ages, but also during the First World War. In the village of Zborov in 2010 founded a civic association to rescue the Zborov Castle, which took care of its restoration and rescue. So if you go to this historic gem, you will be able to walk along the new bridge to the entrance gate tower, admire the walled parts of the destroyed pre-gates, and learn about the castle through several information boards. What may make your trip even more interesting can be the grilling on landscaped fireplaces and even the possibility of camping, where you can enjoy unique scenery. 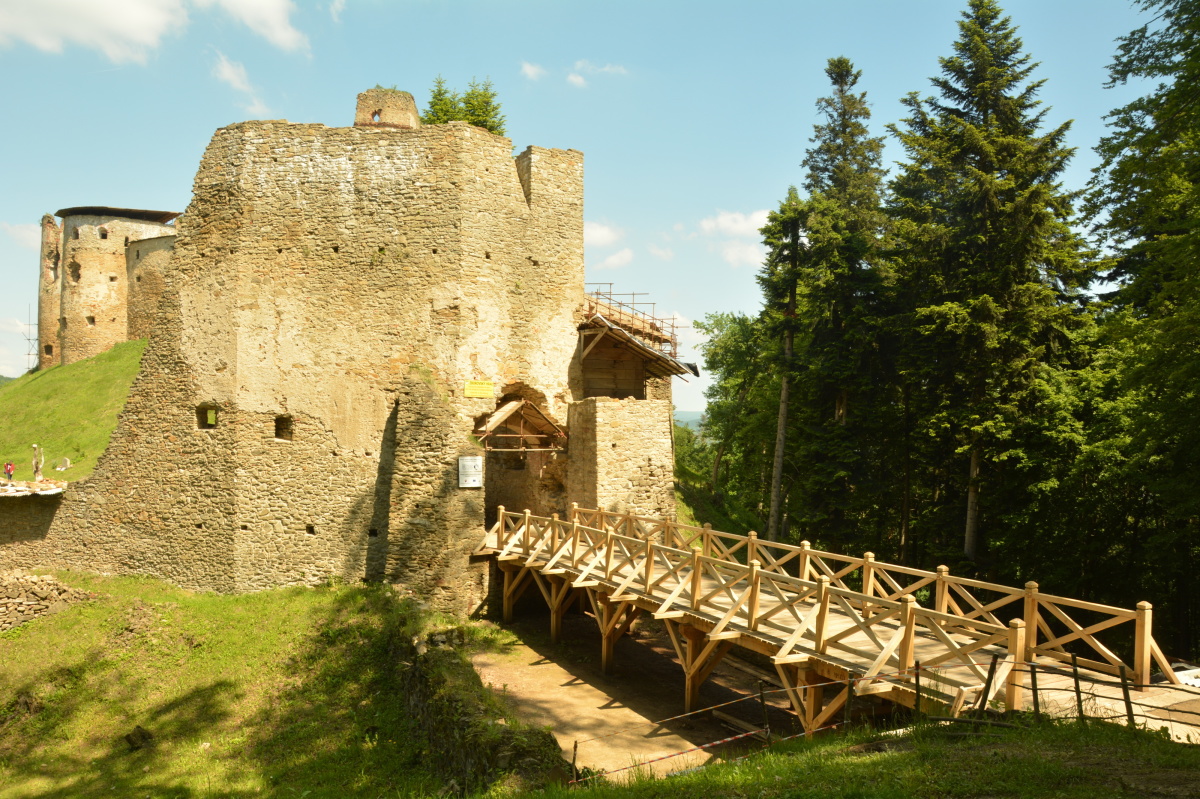 Zborov Castle was the center of the Makovice estate, which ranked among the largest. Its owners were among the most important families in Hungary. They were the Cudar family, the Rozgoň family, the Tárcai family, the Seredians, and the Rakoczi family. Many of them were Saris robes - the Rákoczi family for nearly a hundred years. The Seredians rebuilt the castle into a Renaissance fortress with two walls around the walls due to the Turkish threat. Gašpar I. Serédi received the castle from the king for merit in the fight against the Turks. He was the captain of Upper Hungary. In front of Dlouhá Louka there is the Gašpar II monument. Seredi. According to legend, he died in this place of grief because he had to sell his beloved castle. A statue of Gašpar Serédi carved from a broken fir trunk welcomes visitors to Zborov Castle in front of its entrance gate. It is the northernmost castle in Slovakia, founded as a royal border fortification with an important military (guard and control) and administrative function probably already in the late 13th or early 14th century. 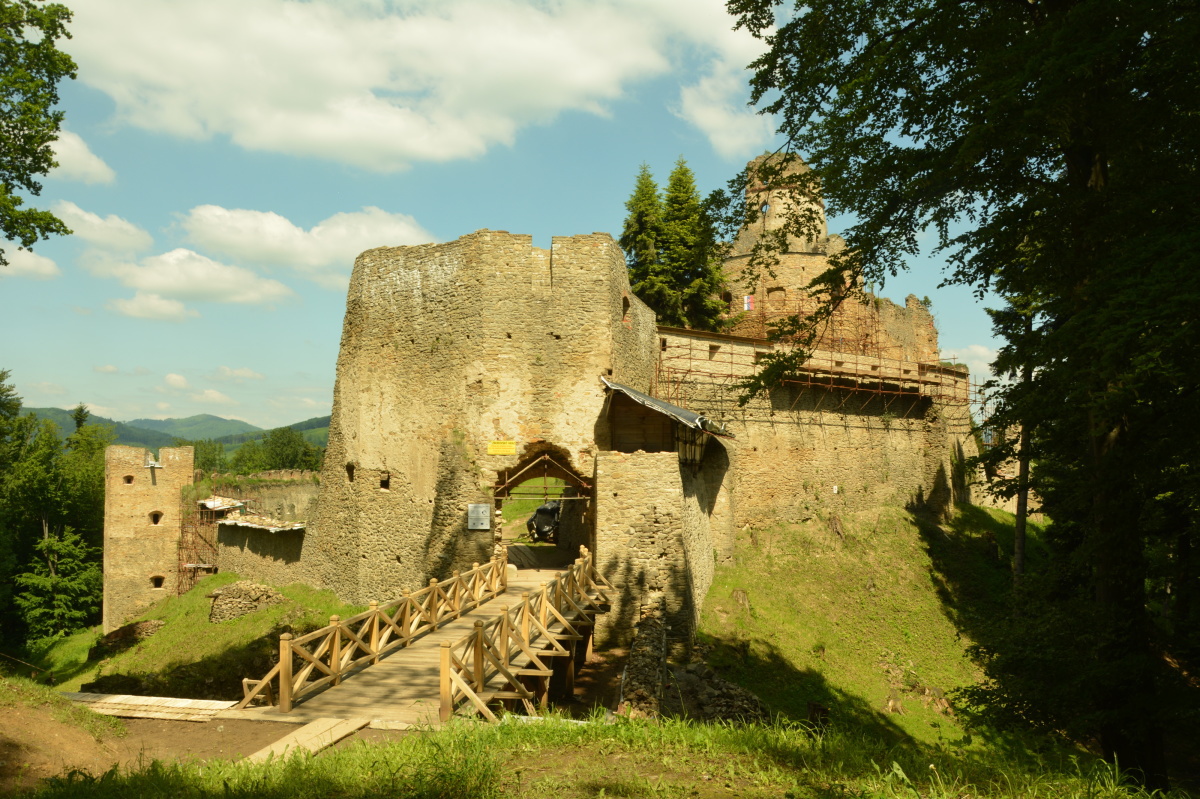 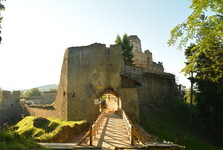 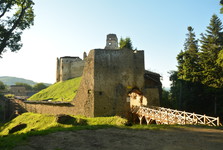 The village of the same name at the foot of the castle was also the center of the Makovice estate, where his masters built three manor houses. Unfortunately, only the perimeter walls of one of them, the Seredian chateau, have been preserved. In the park in front of him and the church of st. Žofie are wooden statues of personalities associated with Zborov. The mentioned church of st. In 1640, Žofie had Báthory, the wife of George II, add to the chateau of Žofie Báthory in the late Renaissance style. Rákoczi and his mother František I. The three-aisled longitudinal building with a pair of towers on the eastern gable facade with an exceptional westward orientation of the sanctuary is architecturally close to the Holy Trinity Church in Košice (they have a common donator). 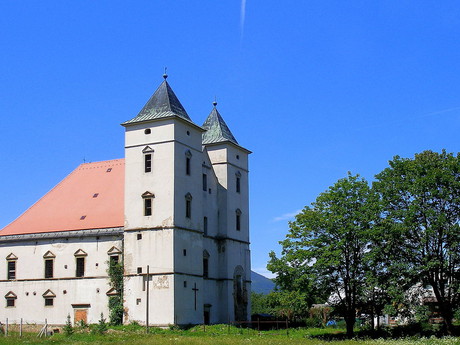 In the village of Zborov you will also find a memorial dedicated to the 28th Prague Regiment in Zborov, which is the work of Vilém Kvasnička (1885–1969), a former Czechoslovak legionnaire in Russia. It is made of Hořice sandstone to commemorate the activities of the Czech retinue. There is also a army cemetery from the Great War and the WWII, which was the first one in Slovakia to be reconstructed by the German organization for the preservation of graves. 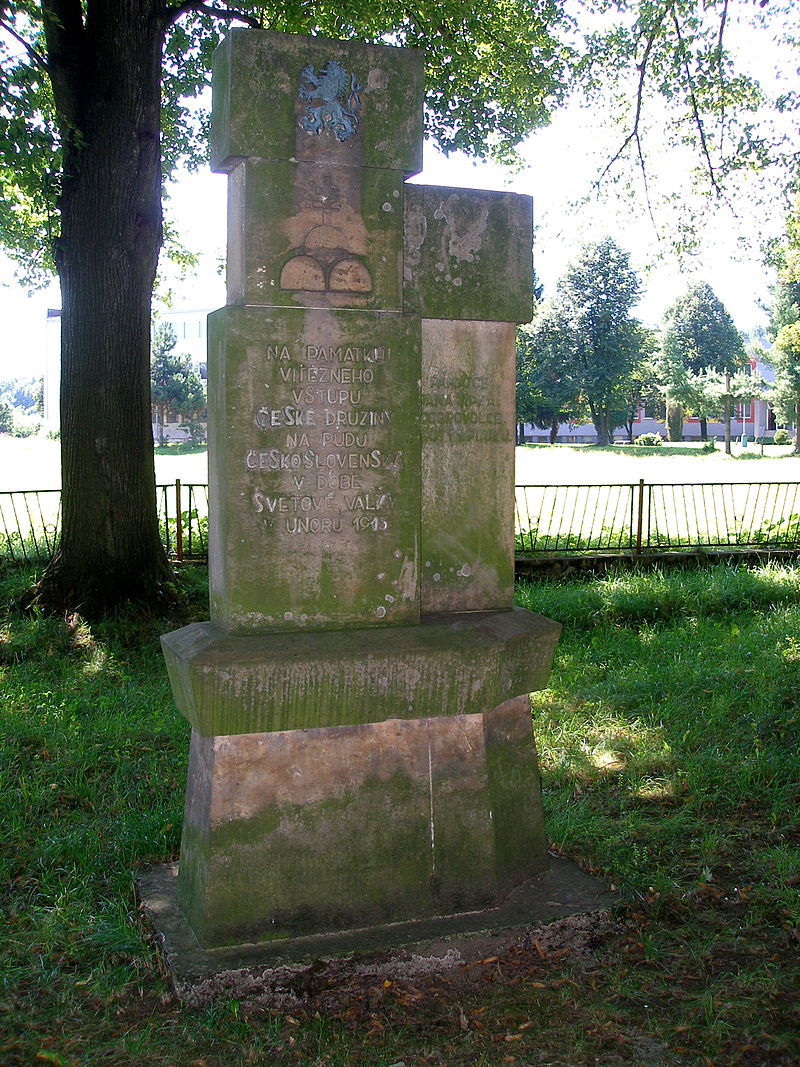 Zborov is the largest village in the Bardejov district. It is less than 9 km from Bardejovske baths. A circular nature trail is built directly from the spa via Zborov Castle. The whole circuit is undemanding for tourists and takes about 4 hours to complete. A shorter hiking trail to the castle leads directly from Zborov, from Podhradie Street (40 min). Above the castle hill is the oldest nature reserve in the district with a mixed beech, hornbeam and oak forest with an area of 24 hectares. 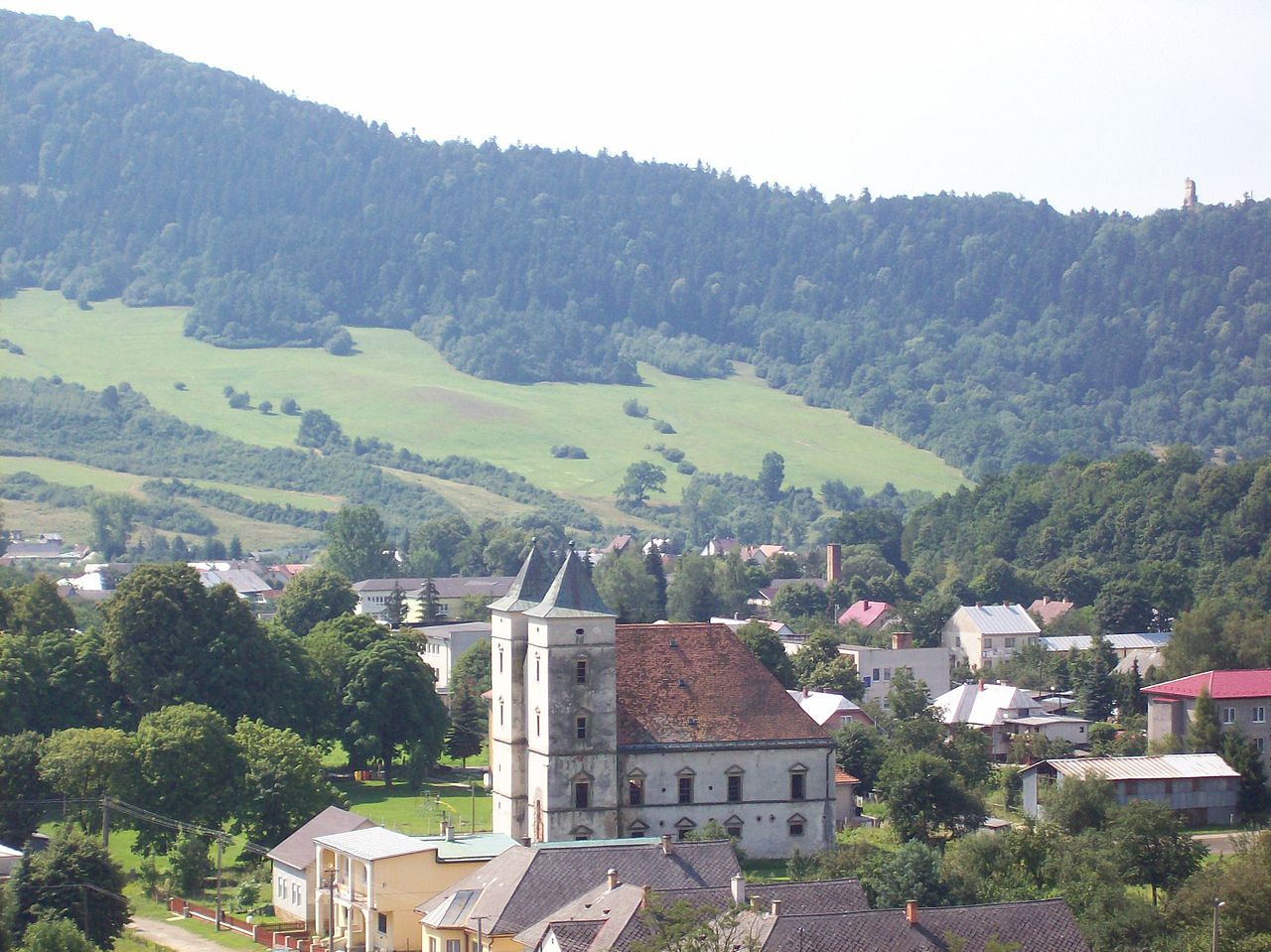 Apart from its medieval castle, the region of northeastern Slovakia also offers history, culture, events, sports activities, cycle paths, relaxation and spa treatment in Bardejov baths. The real jewel of tourism is the historical town of Bardejov, a UNESCO World Heritage Site. Nearby, there are 6 interconnected biking trails with the total length of almost 10 km. There are also almost 40 km of marked hiking trails. During the winter some of them turn into cross-country trails. Therefore, just go and fun or experience you have certainly taken good care of.