en.infoglobe.cz » SK, Svidník – A Touch of War History in Dukla

The Military History Museum (Piestany), the Svidnik Department of the Museum was founded in the year 1965. Its focus is Slovakia military history from the year 1914 to 1945. It explores the major combat operations in the Carpathians, the assembly of the Czechoslovak army and the goings of the Carpathian-Dukla operation, guerillas, or liberating eastern Slovakia. The main exhibition is situated in the town of Svidnik. It is located inside a building which looks like an anti-tank mine. In the park next to the museum, there is an outdoor exhibition which was placed there in the year 1954. It is a monumental memorial to the Soviet army. Over 9000 soldiers are buried there. 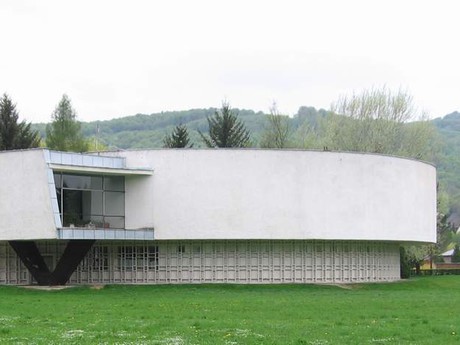 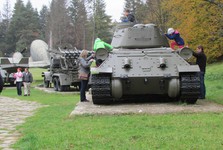 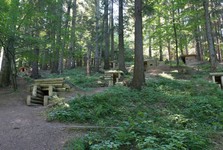 Today, we visit the Dukla Military Museum in Nature situated in the northern area of the Laborecka Uplands. The locality is situated 15 kilometers from the town of Svidnik towards the towns of Nizny and Vysny Komarnik and close from the Slovak-Polish border. 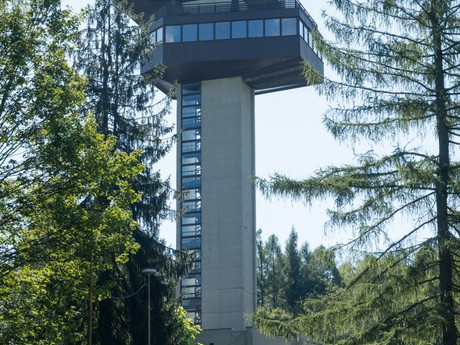 The most distinct landmark of the entire compound is the observation tower. This 49-meter tower is situated on a spot where the commander of the 1st Czechoslovak army in the USSR (Brigade General Ludvik Svoboda) had on of his vantage point s during the fights for the Pass of Dukla. When you enter to the tower you can see the following exhibitions: "Art Photography from the Fights in the Eastern Front through the Eyes of a War Photographer," "Impact of War in East Slovakia," "Clearing Mines in East Slovakia and Findings of Ammunition," "The Construction of the Memorial to the 1st Czechoslovak Army in the USSR, War Cemetery and the Construction of a Observation Tower on the Pass of Dukla." Also, you may see an exhibition of arms, munition, and wear of the Red Army, the 1st Czechoslovak Army in the USSR, and Wehrmacht. 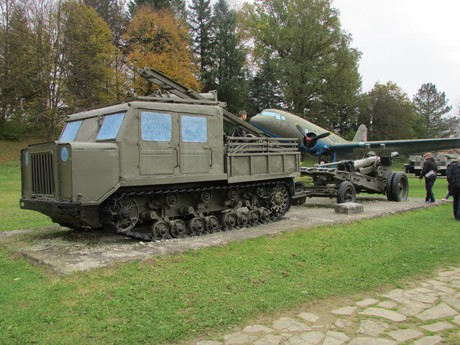 The interior of observation tower's entrance wall includes works by sculptors such as  Racek, Koren, or Patocka. Up in the rooftop-dome of the observation tower you may see how wide the Pass of Dukla is. in autumn and winter 1944, it became a place where the Red Army and the 1st Czechoslovak army clashed with Wehrmacht. The observation tower is open from 9am to 5pm, Tuesday to Sunday. 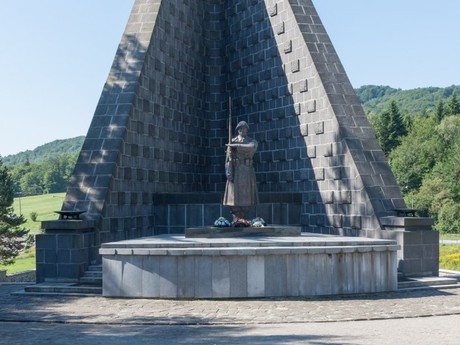 The Czechoslovak Army Memorial is another amazing sight in Dukla. It is also a landmark of national cultural significance. It refers to Carpathian-Dukla military operation which took place in Autumn of 1955. In the battle here over 60 thousand Czechoslovak and Soviet soldiers died. The 28-meter memorial was raised in 1949. It is a part of a military cemetery and it also features a colonade with bronze plaques carrying 1265 names of KIA soldier of the 1st Czechoslovak army. The area surrounding the cemetery is a hige military open air museum. 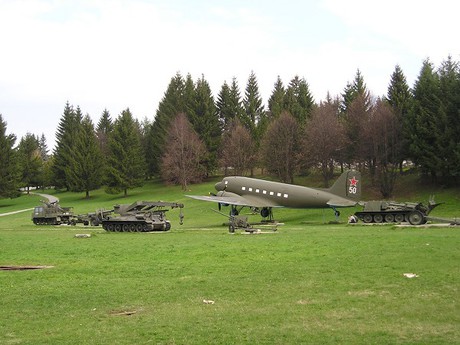 The museum was founded in 1965. However, the curernt exhibition was installed as late as in the year 1996. It documents battle for strategic gorge across the Carpathians. Former battlefield may be seen also from above as visitors can climb an observation tower On museum's open-air compound and along the road to Svidnik, there are 55 pieces of military land vehicles from the WWII. In local forests, you can still take cover in preserved bunkers. The Valley of Death is also a locality which is part of the museum. It is near Kapisova village. Huge battle which featured many tanks took place there. 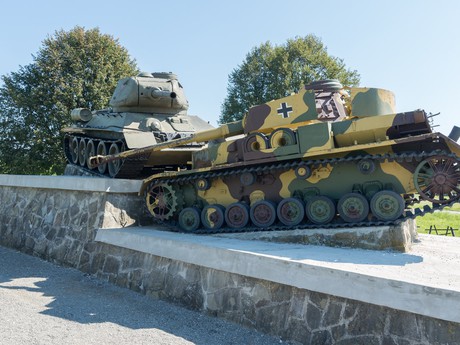 Thanks to exhibitions, touring memorials, climbing tanks, taking pictures with combat vehicles children and young adults get to know history which should never repeat itself.