The city was founded by Spaniard Diego de Almagro on August 15, 1534. Riobamba became the first city founded by the Spaniards in Ecuador. It became fully independent in 1822. Today, around 225 thousand people live there. 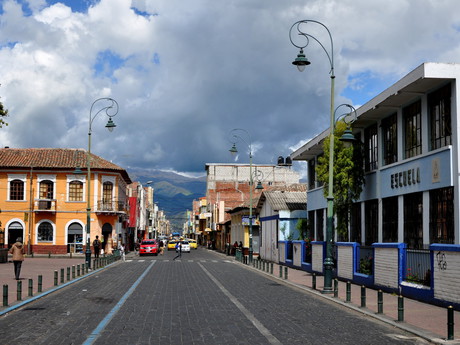 Riobamba is situated an an altitude of 2754 meters. The city is also called „La Sultana de los Andes“ or "the sultan of the Andes". It is an old-school town with wide streets so don't expect large tourist crowds. Actually, we haven't met any tourists here, only the locals. Majority of tourists coming here are here to see the mountains. Riobamba is a great place to start any montain trek. You can go either to  Chimborazo National Park and climb a volcano there or to Parque Nacional Sangay. The Chimborazo volcano is 6310 meters high makes it the highest mountain in Ecuador. Thanks to equatorial curvature the peak of the mountain makes it the furthest away place from the center of the Earth. Unfortunately, we had only handful of moments to see the volcano while on our way to Riobamba and it was just when it peaked from behind the clouds. 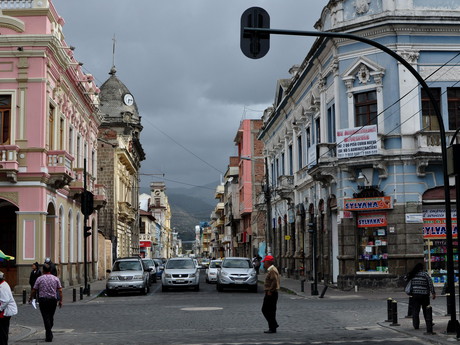 Parque Sucre square had been the place of Saturday markets until the year 1919. Also, people played football there. On the square, you can see the nee-Classicist building of Colegio Maldonado constructed between the years 1921–1927. The first  ever held Constitutional Assembly in Ecuador happened here in 1930. Formerly, the building operated a cloister which hosted one of the highest ranking educational institutions in the country. Parque Maldonado, and Plaza Mayor are situated two blocks down the road. The latter is the main square according to the colonial tradition. The square is surrounded by religious, and political institutions like Palacio Municipal, or Edificio de la Gobernación. The front facade of the main church of La Catedral is important historic heritage. The church was built after the earthquake in 1797. The construction materail used were stones from the original city of Riobamba. The earthquake completely obliterated the city which was later rebuilt about 14 kilometers from its original location (close to the town of Cajabamba). 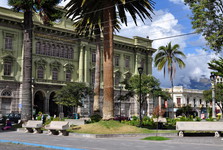 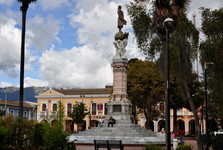 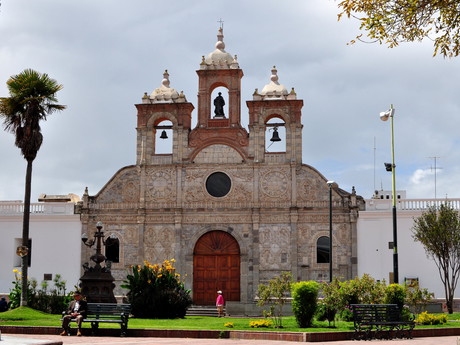 Parque La Libertad is situated three blocs. It was decided to construct this park in 1920. It commemorated the 100th anniversary of independence of the city. There are beautiful gardens within the park. We spotted several homeless men there. We took a look at La Basílica church just opposite the park. Then we moved on. 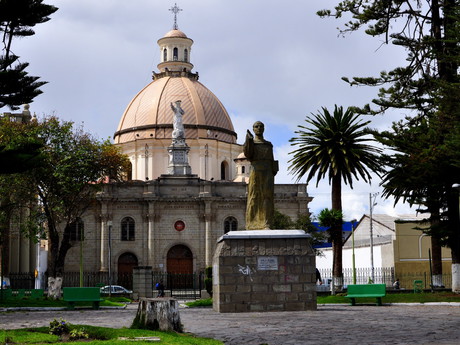 Riobamba truly is an amazing city. One day spent there, however, is more than enough

. Then we move on. We plan to visit the city of Cuenca. We pass by the ruins of Ingapirca on our way. The locals tell us this one is the Ecuadorian Machu Picchu. It would be shame to skip it. You can visit the ruins even when coming from Cuenco. However, we make a stop at El Tambo town. There we find accommodation in one of the few hotels in this small town with a beautiful square. A bus links the square with the ruins. Just ask the locals.

The Ingapirca complex was built by the inhabitants of Cañara, they lived in the area. Once the Incas arrived, both cultures mixed. Today, the ruins are one of the most important pre-Hispanic archeological sights. The complex consists of a large number of stone structures, terraces, dwellings, and fortified roads. Locals call it Ecuadorian Machu Picchu because all structures were made of smoothed stones less mortar, i.e. the same technique was used the Incas employed in Peru. 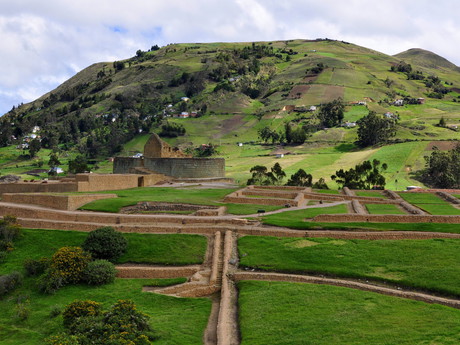 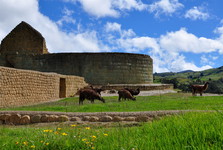 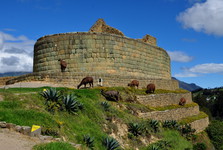 Yet by the sheer size this compound is incomperable with Machu Picchu. It is peaceful here, there are hardly any tourist crowds, and you get a guide with the tickets. The surroundings is beautiful. Lamas run freely around and you can get a glimpse of everyday life of the locals.