Historic cars at Piazza Grande have revealed another side of this city. Thanks to its passion for engineering, speed and business, Modena and its surroundings are nicknamed the countryside of engines. It boasts such famous brands as Ferrari, Maserati, Pagani Automobili and De Tomaso (vanished in 2004). According to the city, even one of the Ferrari cars, model 360 Modena, was even named. 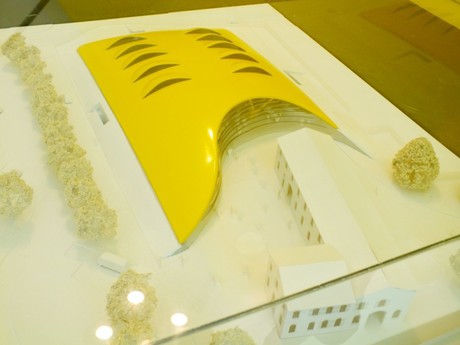 Four-wheel fans combine the city with its prominent native, who is named one of the world's most famous automobile brands. In 1898 he was born Enzo Ferrari. The automobile bearing its name is currently based in the nearby town of Maranello, the site of which was Modena, and therefore a museum was established. Fans of motoring will also find another interesting attraction, a factory of luxury and design sports cars by Maserati brand. 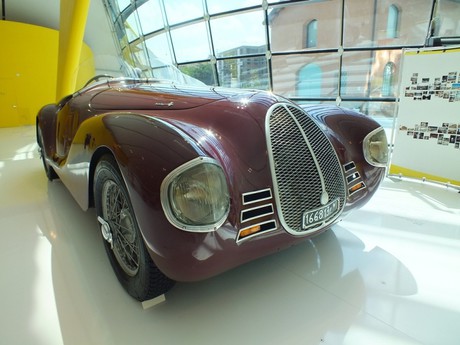 We moved from the square to Parco Giardino Ducale Estense in about 20 minutes to the Casa Natale Enzo Ferrari Museum. A bright yellow roof, reminiscent of a sports car hood, was our first encounter with the Ferrari car manufacturer, Enza Ferrari, who played a major role in the history of local motorsport. 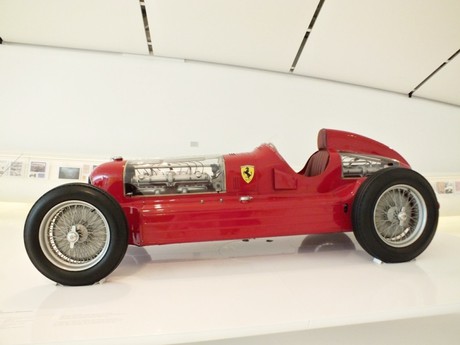 The building itself is remarkable not only for fans of speed bikes but also for lovers of modern architecture. It is the last realized project of renowned architect of Czech origin Jan Kaplický and his study Future Systems. The museum project was built in 2004, but the construction began in 2009, just after Kaplický death. The project, worth 18 million euros, was taken over by Andrea Morganti, a former Kaplicean associate of Future Systems. The museum, made up of two buildings, opened to the public on March 10, 2012 (5 200 square meters), with Ferrari's home – Casa Natale occupying 1,000 m2 and a modern exhibition hall of 4,200 m2. 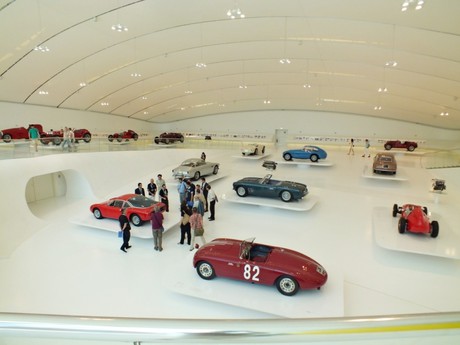 The inspiration of the Ferrari Honor Museum is the idea of Enzo Ferrari himself: "When you can dream about it, you can do it." The tour begins with a classic brick building (1830) where Enzo Ferrari was born and grew up. However, Jan Kaplicky has not been able to design his interior, which is the work of A. Morganti, who took it as a book of life. The exhibition is devoted to the life of the founder and the history of the famous carmaker and their connection to the city and the world of engines. Here you will learn about the roots of the original Scuderia Ferrari brand, founded in 1929, which Enzo Ferrari drove most of his life (died in 1988 at the age of 90). You will find multimedia projections, historical records from Ferrari's life or papers. 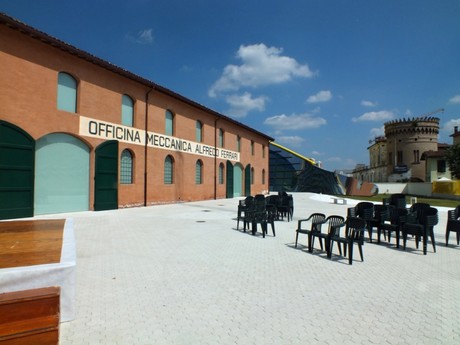 Also interesting is the story of the world famous Ferrari team and brand symbol. Everyone knows a black stallion in a yellow shield with the initials S F (Scuderia Ferrari) and a tricolor of the Italian national flag. His history is directed to Count Francesco Barraco, who was a fighter pilot during the First World War. He had a painted red horse on a white cloud on the plane. On June 17, 1923, when he won the Enzo Ferrari race on the Savio di Ravenna, he met Countess Paolina, the mother of Count Francesco. She suggested that the Ferrari brand use this horse, which brings the brand as a symbol of fallen soldiers happiness. Enzo, on the sign of sadness and memory of the deceased pilot, painted the horse black. The yellow background of the shield was chosen as the symbol of the hometown of Modena. The Ferrari horse differed from that on the aircraft with its tail upward.

Ferrari has been using the stallion as an official character since 1929. For completeness, we add that since 1932, this character has been used on Alfa Romeo cars under the auspices of the Scuderia Ferrari team. 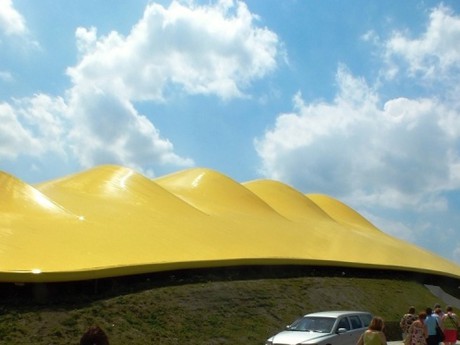 If you do not belong among lovers of historical documents, it will surely attract you to the modern part of the museum. For the creation of this futuristic building, Kaplicky inspired the elegant lines of the Ferrari. The organically shaped yellow roof is a hood with typical coolers, through which the daylight can penetrate the interior (someone can remember the fish with the gills). The roof is continuously linked to the grassy areas of the plot and thus creates consistency with the landscape around. With a height of 12 meters, it does not extend beyond Ferrari's birthplace, which hugs a corrugated glass facade reminiscent of the windshield of a car. 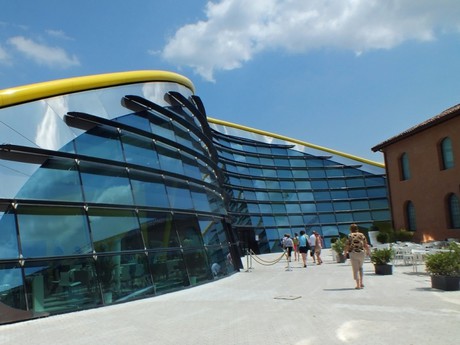 Most of the exposure is underground. In the entrance there is a café, a souvenir shop and a cash desk. The clean white interior forms a single area where the walls pass smoothly through their curves into the floor. The exhibited cars are constantly dust and polish by staff. In addition to the Ferrari brand in the museum, there are other manufacturers in the area, such as De Tomaso, Lamborghini, Maserati, Minardi and Ducati. 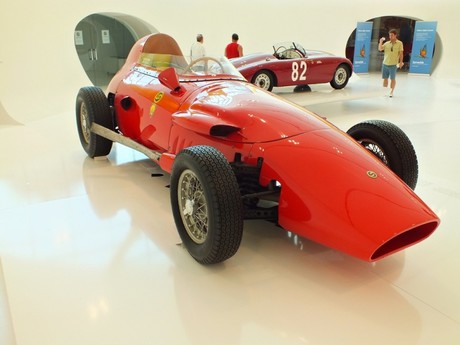 But the museum is not just about aesthetics, it is full of state-of-the-art technologies. It is, for example, the first museum in Italy that uses geothermal energy.

But if it's not enough, Maranello, twenty miles away, you can get back to speed. There are cult models and trophies F1, and you can even try a driving simulator.