Published: 17.10.2021
Today we will visit the best-preserved historical center in Slovakia, which the town of Bardejov rightly boasts. A total of 46 stone houses situated on narrow medieval plots with a predominantly Gothic appearance not only give this city historical authenticity, but it was also an impetus for its inscription on the UNESCO World Heritage List.

Looking at the history, the foundations of a prosperous city were founded by German settlers who were invited by King Bela IV. after the Mongol invasion at the turn of the 13th and 14th centuries. In 1376, Bardějov became a free royal town and, thanks to its strategic position at the intersection of trade routes between the former Hungary and Poland, it experienced an unprecedented period of prosperity. 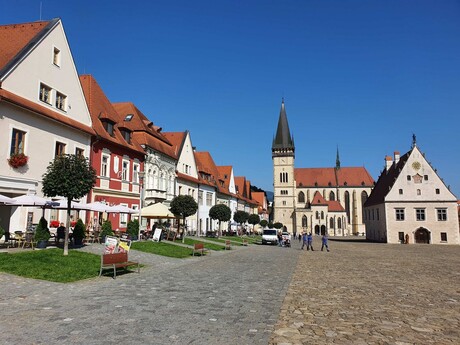 The first stone houses lining the rectangular historic square began to be built around 1428 in the Gothic style. They were built so that there were commercial premises on the ground floor behind the gate and the owners lived upstairs. Bardějov's fame and prosperity stood on business, which is why the fortification system, city rights or privileges were subordinated to it. In addition to material wealth, trade also brought to the city a diverse national and religious composition of the population, interesting architecture, culture or customs.

To this day, in addition to Slovaks, Ruthenians, Ukrainians, Poles and, until the Second World War, Jews also live here. Every year, the symbol of religious tolerance is the blessing of springs in the nearby Bardějov Spa by priests of four religions.

Perhaps the most sought-after place in the city is the Town Hall Square, which both conservationists and residents try to preserve as in the Middle Ages, when it served exclusively as a market place. This Municipal Monument Reserve covers an area of 23.6 hectares. Fortunately, the historic core has retained the key characteristics of a medieval commercial city, its original plots, central square, streets, most open spaces, public buildings, fortifications, and the overall medieval panorama. 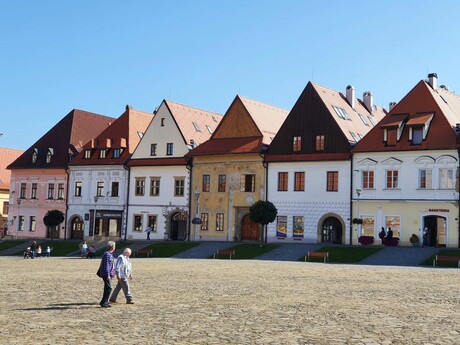 The burgher houses from the first half of the 15th century surround three sides of the square and document a highly developed culture. The fourth side of the square is closed by the Roman Catholic Church of St. Egídia. The beginnings of this three-nave Gothic basilica with a rare collection of eleven late Gothic altars and a sculpture of Golgotha on a beam under the Arc de Triomphe date back to the 13th century. Construction began in the mid-14th century and the construction of the basilica was completed in 1415. Between 1420 and 1427, the tower of the church was built. In front of the church it is possible to admire the original pair of bells Ján and Urban, which were originally located in the bell tower of the tower, but due to damage they were replaced by new castings. 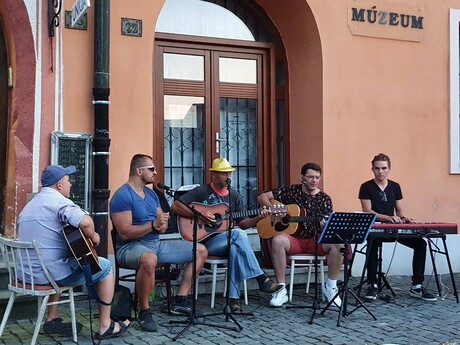 In the middle of the square is the Renaissance town hall, which forms the architectural and ideological counterweight of the parish Church of St. Egidius. In the past, it was the seat of the city council, the center of business, social and cultural life of the city's inhabitants. From the architectural point of view, the penetration of Renaissance artistic and architectural elements into the fading Gothic concept of architecture was an important document. 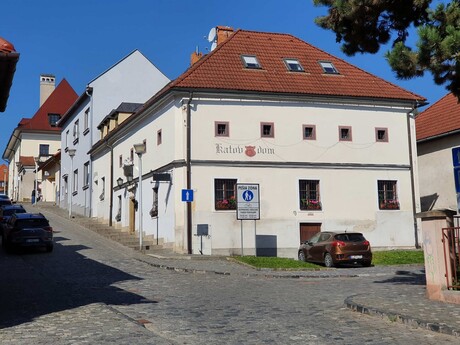 It is interesting that the magnificent Bardejov town hall is considered to be the first secular Renaissance building in Slovakia. The local authority held the upper part of the building, while the ground floor served merchants. One of the royal privileges of medieval Bardejov was a monopoly on the bleaching of linen, and it was in the town hall that there was a room for measuring and determining its quality. At present, the building serves as one of the expositions of the Saris Museum, covering more than 700,000 collection items.

The Gothic-Renaissance Painted Town House No. 26 dating from the 13th century is definitely worth seeing. It attracts tourists mainly with its rocaille Rococo painting, the most attractive of which is the fresco of the Coronation of the Virgin Mary. We must also mention the monumental fortification system surrounding the historic core of the city, which was one of the most advanced in Central Europe at the time of its construction. 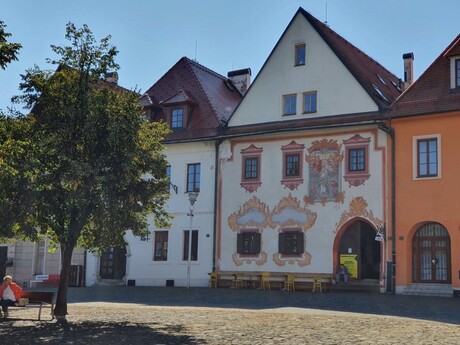 An interesting element of the Town Hall Square is the bronze statue of the executioner in life size (190 cm), which is a reminder of the right of the sword and the privilege to carry out executions granted to the city in the mid-14th century. Not far from the statue is situated Kat's house, where the executioner lived and even had his bench in the already mentioned church. 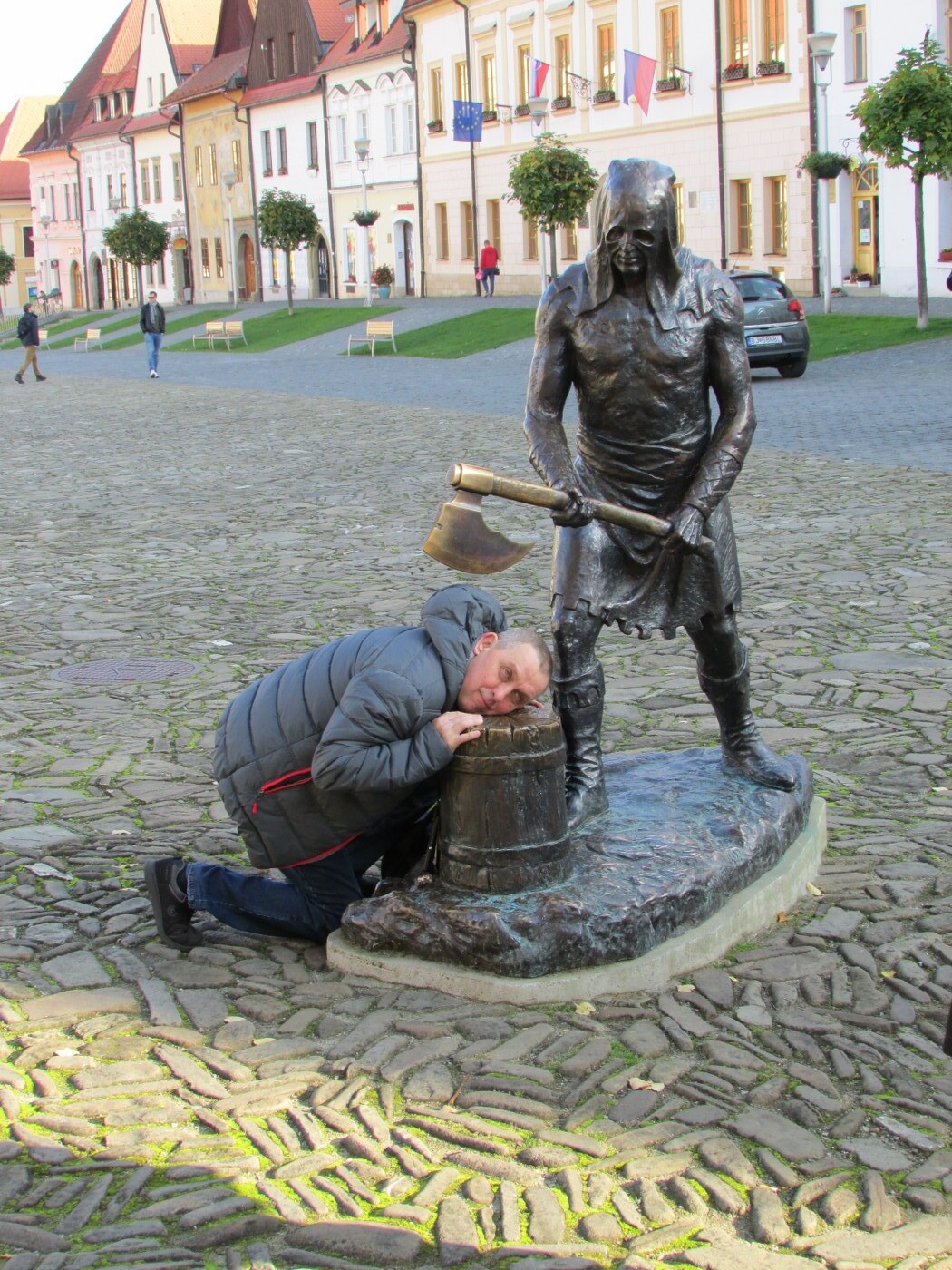 Last but not least, the historical attraction of Bardejov is the area of the so-called Jewish suburb, which is the most important locality of Jewish cultural heritage in the city. The complex of Jewish ritual buildings consists of the Old Synagogue, the House of Congregation (Hebrew bet hamidras), ritual baths (Hebrew mikveh), expansion towers and a boiler room. In the past, there were also ritual slaughterhouses in the area. The buildings served the spiritual and community needs of the orthodox Jewish community with a strong Hasidic orientation, which was the sixth largest Jewish community in Slovakia in the interwar period. 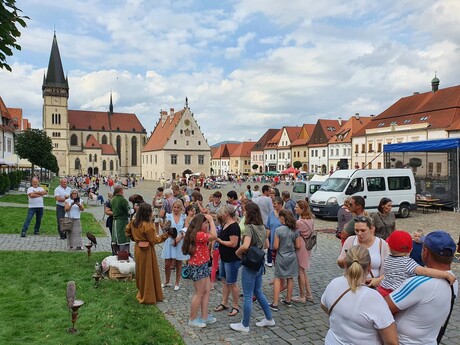 Of course, these few sights, which we briefly introduced, are only a fraction of what you can see in the town of Bardejov, so do not hesitate and visit this historical gem of northeastern Slovakia.