en.infoglobe.cz » Spain, Montserrat – The Holiest of Places in Catalonia

According to legend, the shepherds regularly observed an inexplicable phenomenon on Saturday in 880: a strong light descended from the sky, accompanied by a beautiful melody. In a week at the same time, the revelation was repeated, so the pastors took the priest with them to confirm their observation. He informed the bishop, who also came to see with his own eyes and apparently discovered a cave with a statue of the Virgin Mary. When he tried to pull the statue out of the cave, it was heavy enough to be moved. I explained it as a sign that the statue must remain in place, and any tabernacle to be built around it. 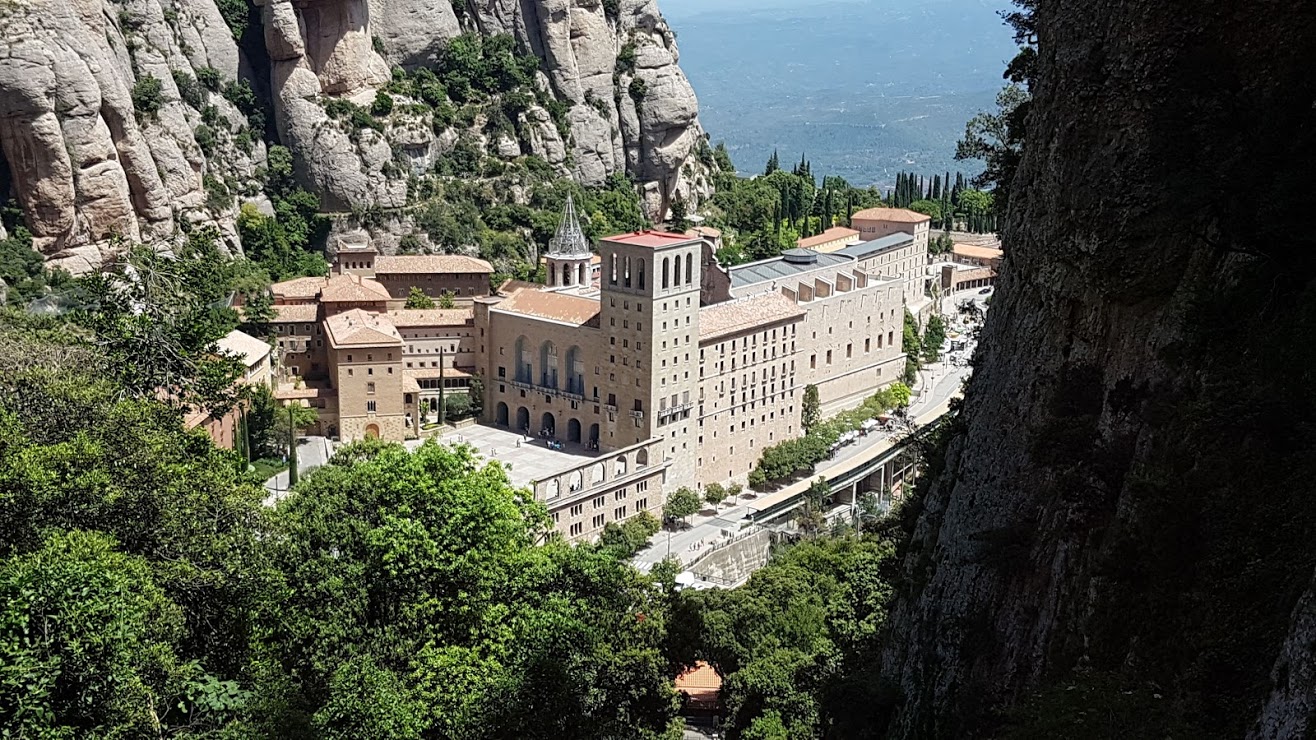 The cave of revelation with the chapel is called Santa Cova, and from the monastery you will be approached by a cable car and after a 1.5 km long path lined with statues.

The Madonna of Montserrat itself is the central theme of the altar in the monastery church. The statue of the Madonna is 95 cm tall and is a Romanesque polychrome woodcarving from the late 12th century. The Madonna sits, a Infant Jesus in her lap, and a ball symbolizing the Universe in her right hand. Its other attributes are a golden robe and a crown. She has been the patron saint of Catalonia since 1881 and her cult lies far beyond the Catalan (and Spanish) borders. She comes to worship thousands of pilgrims who stand long queues to touch the ball in her hand and say the wishes they hope to accomplish with Madonna.

The monastery was founded in 1025 on a steep slope of a strongly eroded limestone mountain massif. The name in translation means "jagged mountain" and when you see it you will understand why such a name. The highest peak of Sant Jeroni has an altitude of 1236 m and in its surroundings tourists can enjoy beautiful hikes and treks. From the monastery there is a cable car leading up to the ridge, where you can either take a short walk to one of the nearby chapels, or to the multi-kilometer trek to the point of as far as Sant Jeroni. 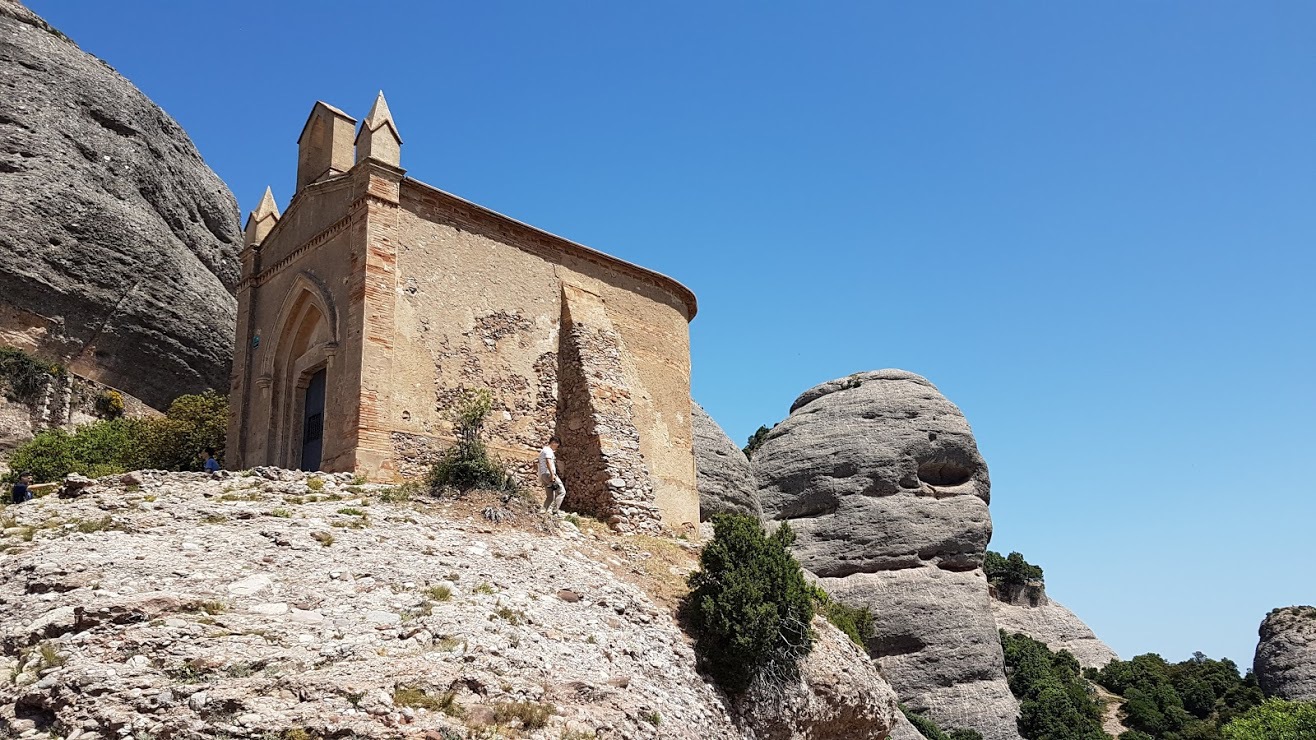 The whole site is a national park. The bizarre shapes of the rocks, the chapels and the hermitage lining the paths often cut into otherwise inaccessible places, and the magnificent views of the surrounding area guarantee an unforgettable experience. Routes are viable without climbing equipment and you can walk from the monastery to the same route. It is also possible to go to the massif from elsewhere, such as Collbató, El Bruc, or Marganell. Whichever circuit you choose across the massif, you always have at least 20 km with a big elevation. Hiking gear is a must. And it is also good to know that there are no pubs, kiosks or refreshment stations in the massif, bring everything with you.

Those who do not feel great in the mountains will also not be deprived. From the monastery you can get the nearest viewpoint by a cable car. The temple is located in the monastery, with its central motif and beautifully decorated altar with the Madonna of Montserrat (La Moreneta). The church and the monastery buildings were destroyed in 1810 during the Napoleonic Wars and later (1939) again during the Spanish Civil War. Today, we see modernized buildings with modern decoration. 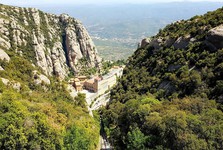 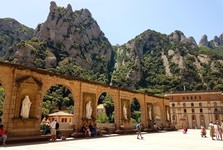 The monastery itself is accessible only to monks. But there is a well-attended museum that preserves true cultural treasures. First, they are paintings by old masters: El Greco, Bonfigli, Caravaggio and others. Then there is a collection of objects related to the Bible East - objects from excavations in Egypt, Palestine and Mesopotamia, which was collected in the last century by the local monk Bonaventure Ubach. The museum also offers an exhibition on the history of the image of the Virgin Mary and the rare liturgical items provided by pilgrims as gifts to Our Lady of Montserrat. 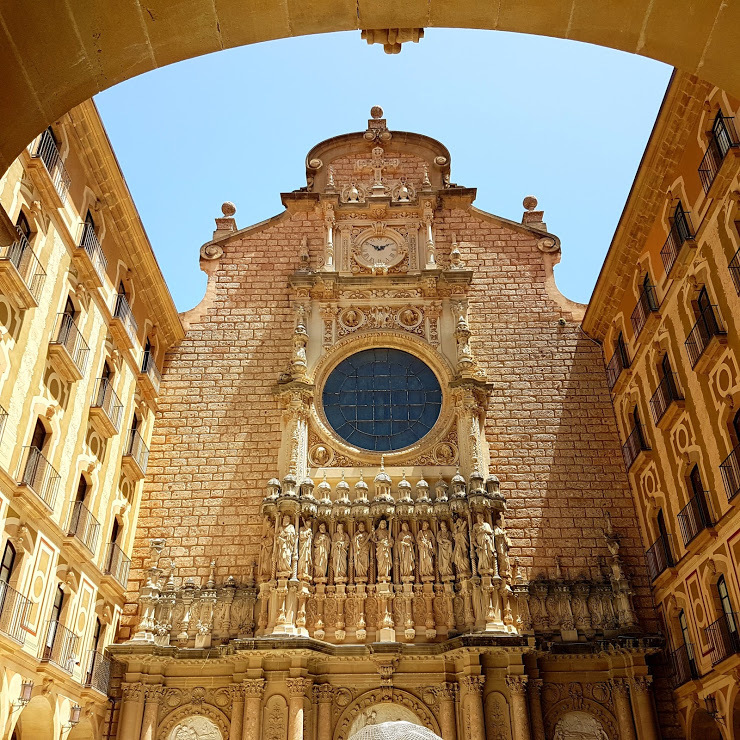 How to Get Here?

From Placa Espanya in Barcelona, where you can also buy a ticket, R5 trains run in half-hour intervals. The exit station is either an Monistrol de Montserrat or an Aeri de Montserrat after about an hour, depending on whether you want to continue with a cog railway or a cable car. Both are about the same speed. The third option is to walk from the train on foot. The path is well-marked, about eight kilometers long and can be done in three hours. But there is a need for solid hiking shoes, suitable clothing and it is also good to take into account the current weather. In summer, there is a really unpleasant heat. 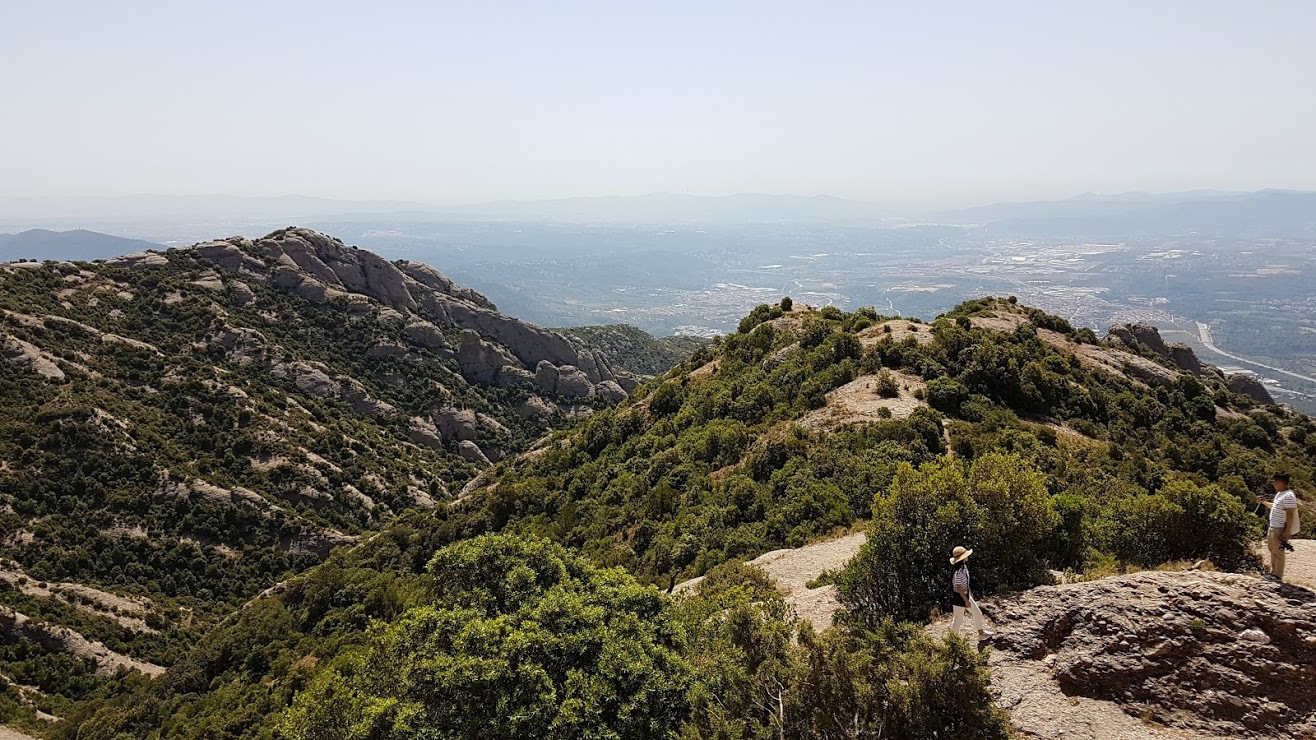 If you plan in advance, you can buy the fare from the comfort of your home via the Internet on the Barcelona Tourist Website. The printed voucher is then exchanged at the tourist center (perhaps at the airport) for tickets that are necessary for the passage through the turnstile. This way you can buy a trip with lunch at Montserrat and the entrance to the monastery museum and gallery.

The ticket includes a return fare by train and cable car (or cog railway) and at the top there are further cable car trips to Sant Joan or Santa Cova Cave.
From Placa Espanya the journey to the monastery takes about an hour and a half.