Published: 18.2.2019
The Taroko National Park is one of the most popular places in Taiwan. It lies on the eastern side of the island where the mountains of the national park rise up to a height of more than 3,000 meters from the Philippine Sea beaches.

Apart from beautiful nature, the main attraction is the Taroko Gorge and you can also find the high mountains or the river Liwu, which wildly breaks through the countryside, you will be enchanted by the diverse fauna and flora. Today the park is home to the native Taroko tribe, according to which the whole area is named, and you can visit the indigenous settlements here. 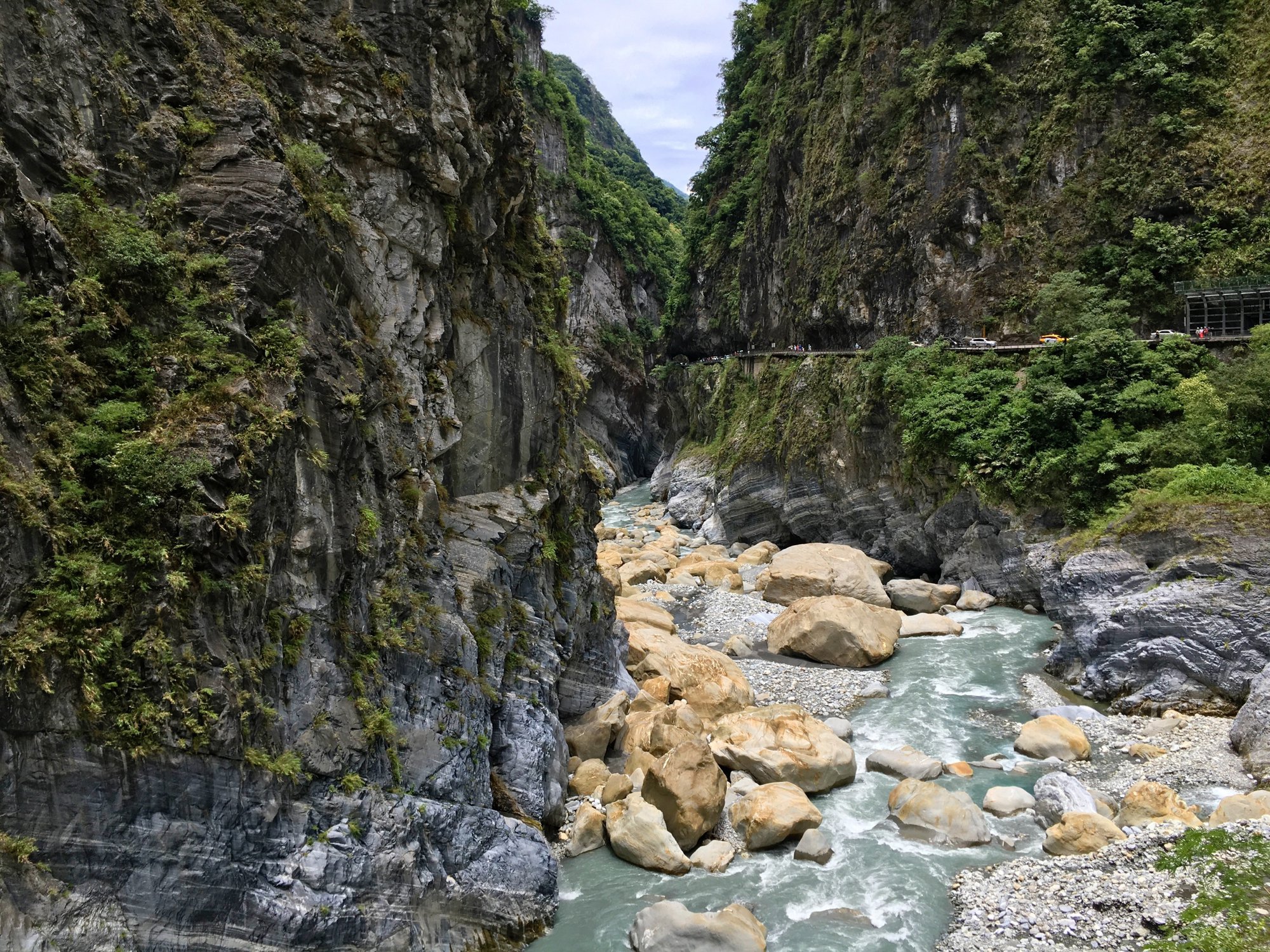 For visitors, the park is accessible by a road that was built in the 1950s to connect the east and west of the island. Construction in demanding terrain has claimed dozens of human victims. Today is a road full of tourists in buses, cars and motorbikes. And that it's still a death drive, you'll see yourself in a few minutes. On the narrow path where there is a deep gap next to you, the local bus runs and the tourist bus occasionally in a steep turn, so that we feel like the heroes of a movie chase. 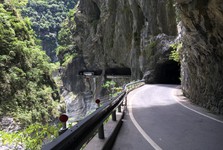 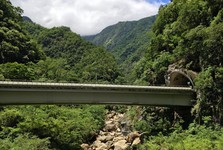 Taroko is about 18 kilometers long, and its peculiarity is that the rocks are made of pure marble and the Liwa river flows through the valley between them. Several stops are all along the way, allowing you to take on many other hiking trails. 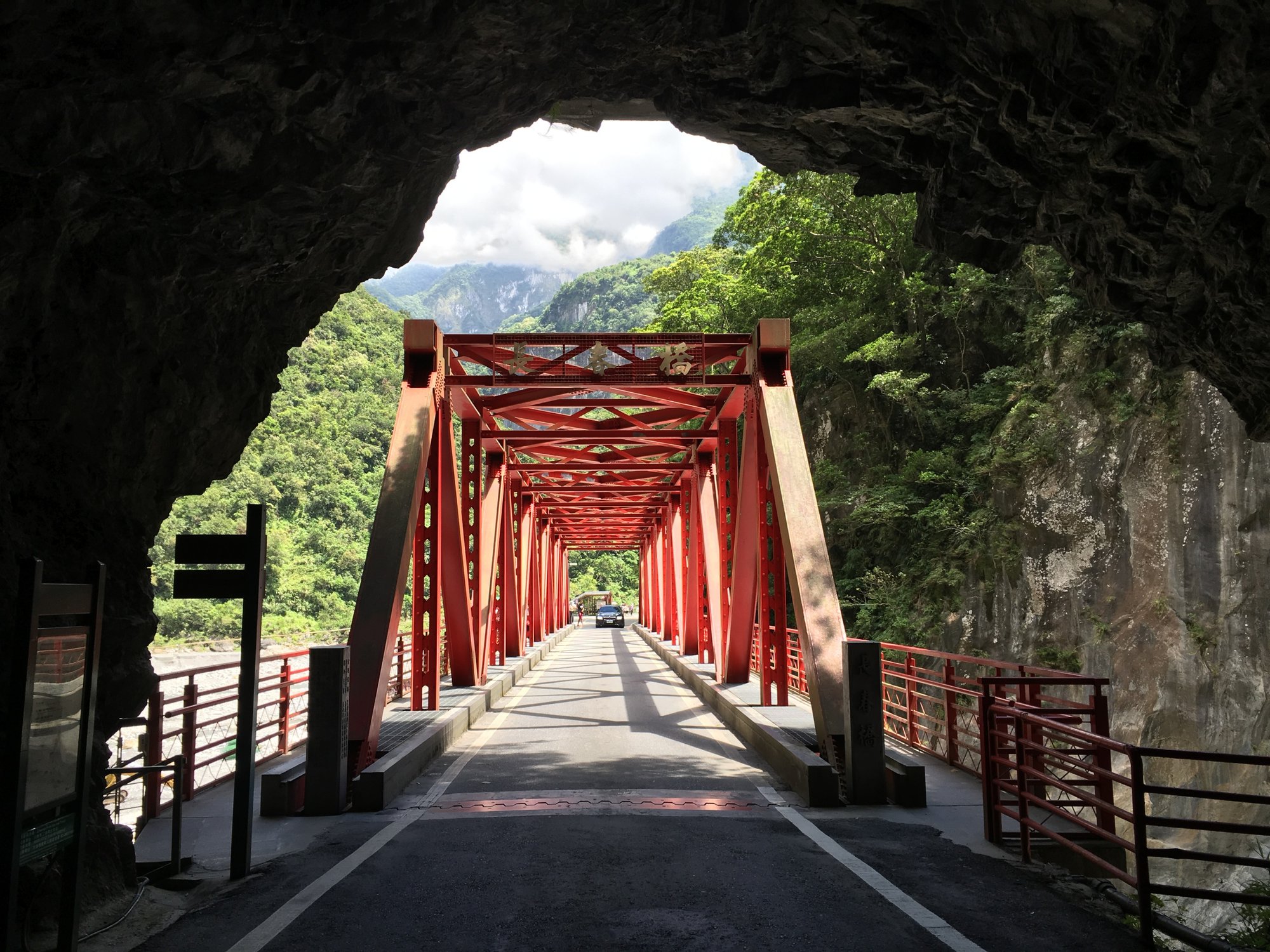 The most popular stops (especially for photographers) include the Tunnel of Nine Turns. The road passes through a massive rock here, and the Liwa River is flowing below. Its turquoise blue color contrasts with the surrou;nding landscape.

Explore the park with a day ticket. This applies to tourist buses that will take you to the park. Unfortunately, their timetable is only a few blocks a day, so you need to plan the route carefully, not to waste an hour or so waiting for another bus. Additionally, the stops are not at both ends of the trails, so you must always come back or go to another stop. 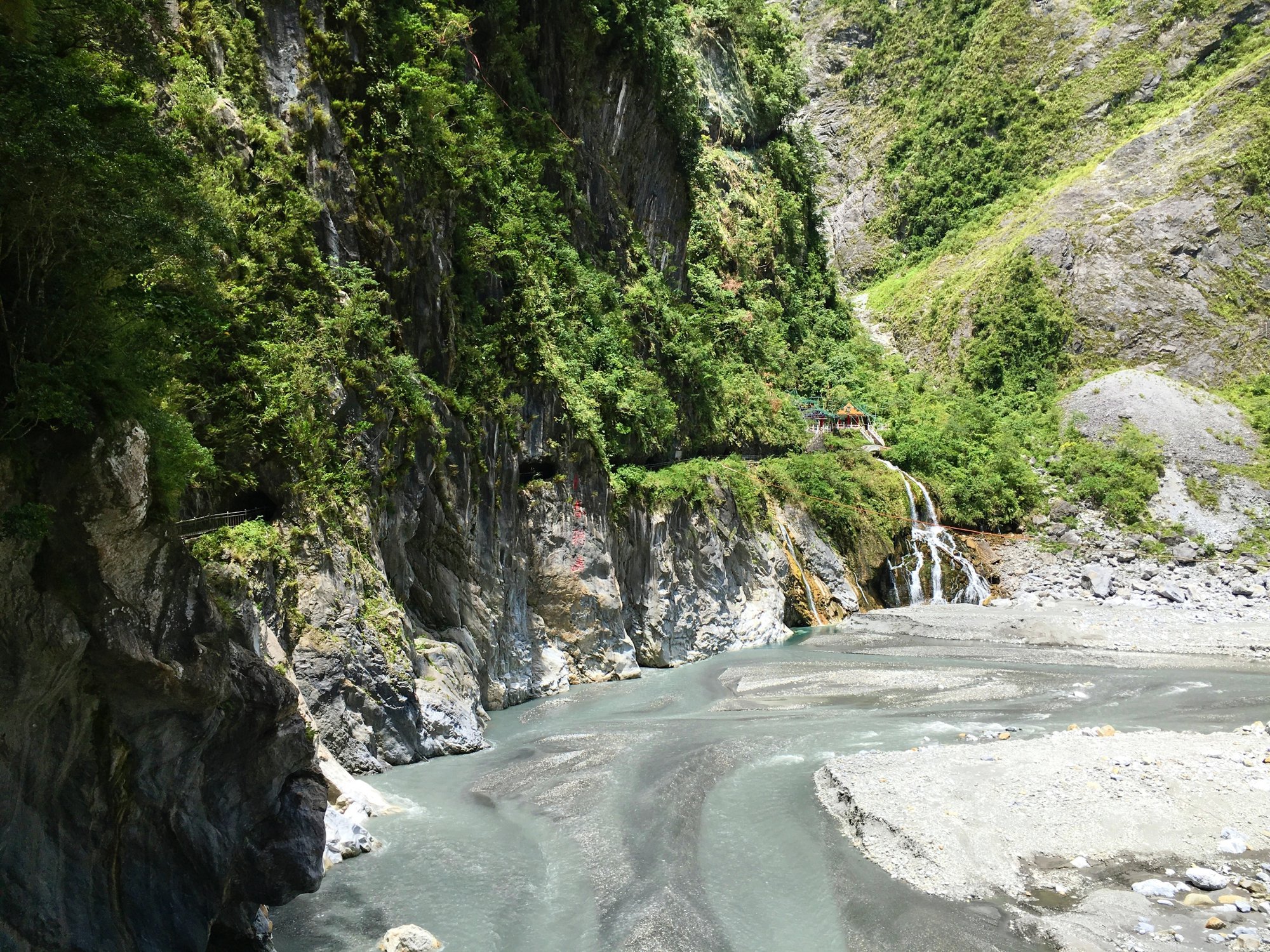 You can use a flashlight on many tracks, as you are often tunneling. There is one short tunnel on the Lishui Trail, but it's narrow, so you can experience really interesting feelings. You must also pass through the tunnel through Baiyang waterfall, which is considerably longer, but also wide enough.

You can stay in Hualien, where buses run from the park. If you are lucky, you may also find accommodation in the village of Tienhsiang, the only village in the gorge. If you have an adventurous character, pack the tent and camp at Heilu. 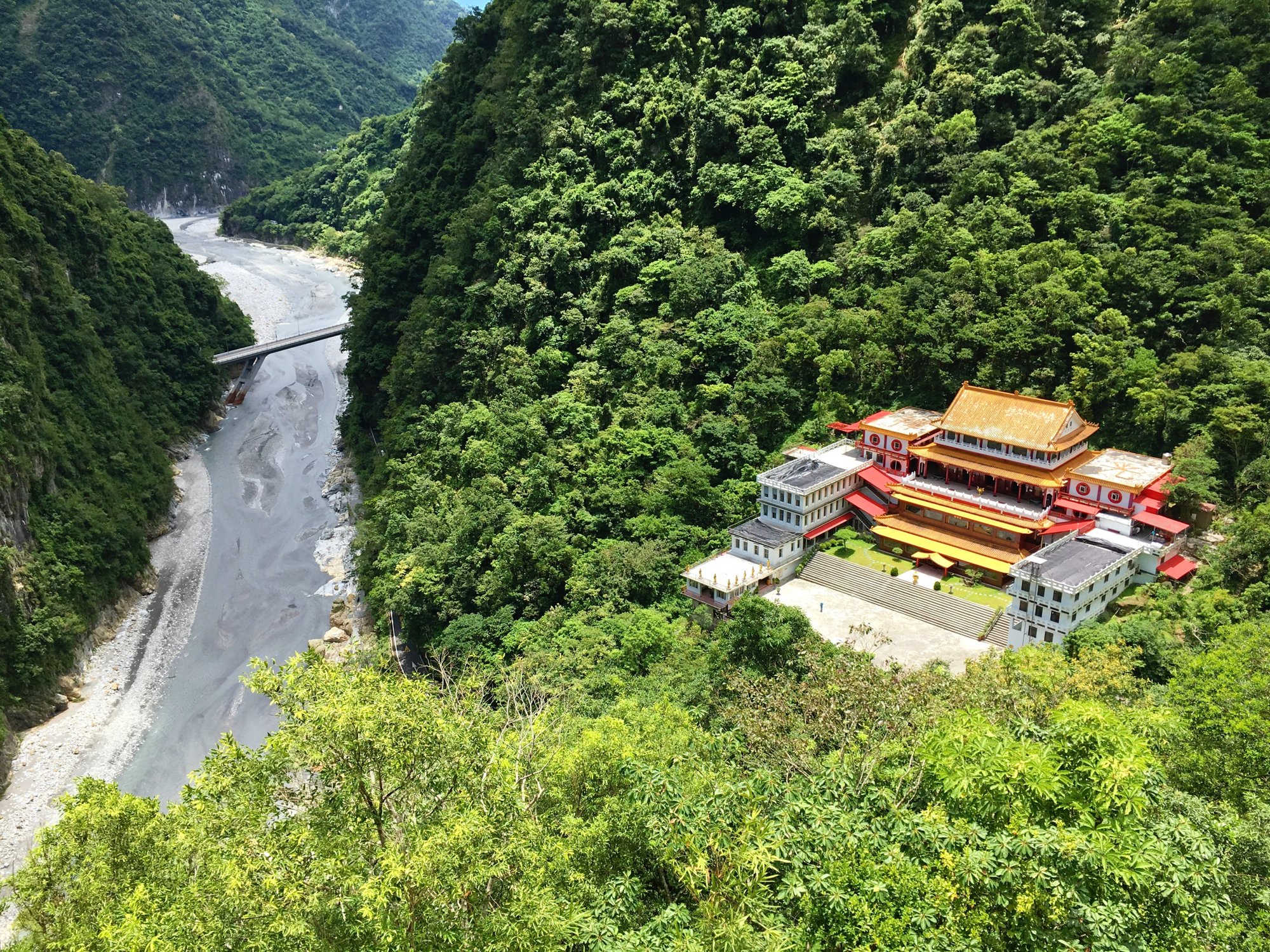 In Taroko, you often realize how one is helpless and little compared to the might of forces of nature. Like the massive mountains that rise above you. Maybe that's why Taroko belongs to the most visited places in Taiwan, and you certainly will not miss it too.

Published: 11.2.2019
Close to the capital of Taiwan - Taipei - there is the Yangmingshan National Park. This area is volcanic in origin and underground there are magmatic deposits, which make it a great number of hot springs. The highest mountain is Qixingshan (1,120 m above sea level), and if you have a good physique, you can take it.

Taiwan – Beautiful Places on the North of the Country

Published: 25.2.2019
e northern coast of Taiwan offer plentiful natural phenomena. When you head out from Taipei City by train to Ruifang, you only have a transfer to a shuttle bus that runs along the northeastern coast. You can buy a one-day ticket for 50 taiwan dollars (approx. CZK 36) directly at the driver and you can get off at any of the stops. At the train station, do not forget to pick up information and bus timetables at the Infocenter.

Taiwan: A Different Sort of China

Published: 4.2.2019
Taiwan is a relatively small island on the southeast coast of China. In spite of its turbulent history, when the island fought Japan and China, the status of Taiwan is not yet clear. The People's Republic of China (PRC) considers it to be a failed province. Taiwan itself is called the Republic of China and keeps its distance from the Communist PRC, but it claims to be part of it, despite the fact that it has never gained its territory.

In Taiwan, tourist industry has been only emerging. However, there are more than enough Chinese v...