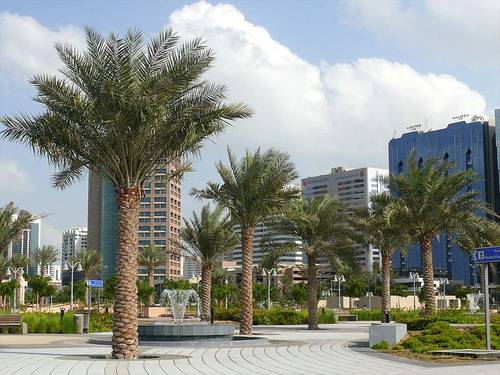 The name of the city means “Father of Deer.” Abu Dhabi is the largest of all emirates that since the 1930s experienced fast growth due to vast oil reserves. Until that time, Abu Dhabi (a part of the British empire until 1971 when the British forces returned home) had been known for pearl export. Today, two thirds of Abu Dhabi’s economy makes oil and the rest is construction and most importantly financial activities. In 1960, only 25 thousand people lived in the city. During new planning of the city architects estimated 600 thousand people to live there at most. Today more than one million people live in Abu Dhabi and their average age is 30 years. Interesting fact is that native made only one quarter of population, the rest are emigrants from other countries. Regarding cost of living Abu Dhabi is among one hundred most expensive cities in the world. At the present it is on 76th place, Prague is 69th and the most expensive city is Luanda, Angola Luanda. 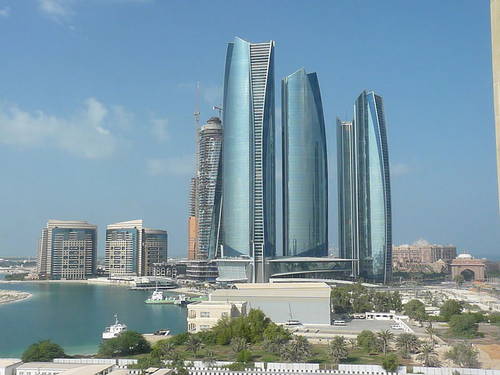 The wealth of Abu Dhabi is striking. The city has high-tech infrastructure, its own international airport that is about 40 minutes car or bus ride from the city. In fact, until the end of the year 2008 buses were free of charge, today a ticket costs about 50 US cents.

Thanks to vast inflow of money Abu Dhabi is very modern city, its panorama consists of the most modern skyscrapers, wide avenues, expensive boutiques, fountains, parks and its square planned streets resemble similarly designed US cities such as New York. Among examples of the Abu Dhabi architecture are Capital Gate (known as the Leaning Tower) built in 2011, the building is, indeed, extraordinary for its shape. Etihad Towers will also attract your attention, they neighbor the Emirates Palace hotel. Etihad Towers is complex of five skyscrapers, the lowest has only 218 meters and the highest reaches 305 meters. Their design looks like cities of future depicted in many sci-fi movies. The Emirates Palace is, from architectonic point of view, more conservative as it has many traditional features of Islam architecture (such as geometric decorations).

Perhaps the most pompous construction in Abu Dhabi is the Sheik Zayed mosque . Up to 40 thousand believers can pray there. The architect team was truly international, there were British Moroccans , Germans, New Zealanders etc. The mosque has four 100 meters tall minarets and its courtyard (around 17 thousand square meters) is entire made of marble. The Emirates Palace is the second most expensive hotel in the world. Its price reached astronomical 6 billion dollars. Many of 302 rooms and 92 suits are decorated with gold and marble. 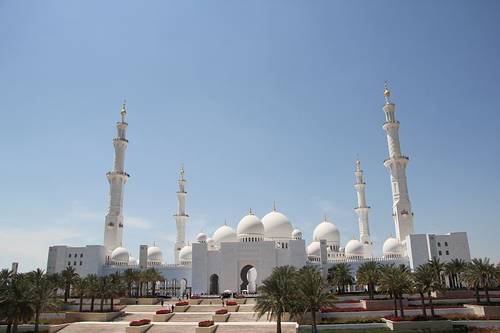 Thanks to the fact large sums of many were invested to greenery in recent years, the city contrasts with vast desert areas behind. Thus, during your visit in Abu Dhabi you will see many bigger or smaller parks.