In the direction from Prague policemen are hiding in the bushes. They are measuring speed, right on the spot where drivers usually do not care about the rules. They are probably doing well in Zápy. This township hid in fields and in all the surrounding cities - Čelákovice, Brandys nad Labem and Prague is in all cases, a few kilometres to get. Therefore the car is an essential part of all its inhabitants. Although to the surrounding locations can be reached by bus, too. 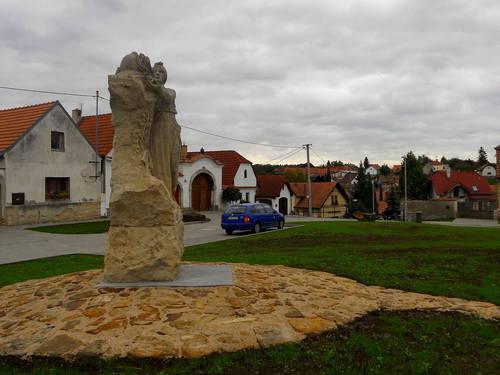 Elbe plane in a place where Zapy lies, unusually ruffled. The road goes up and down and on the hills between Zápy ditches are houses of local people a bit chaotically strewn. Strong wind is blowing and air in Zápy scented smoke to signal that summer is definitely gone for this year.

Zápy as a mini copy of South Bohemia

Roomy and comfortable square opens up your space and let stand the recently restored statue dedicated to the victims of the first World War II. By organizing of few houses in its vicinity the square reminds the South Bohemian idyll.

In Zápy lacks a system layout of streets, but there are plenty the manholes and shortcuts. Not that there is the man would be downright lost, but the fact is that power does not know where his travels take spiral - if to a blind street or back there where he started. But what stands above all others and which can be reached safely it is the church of St. James. 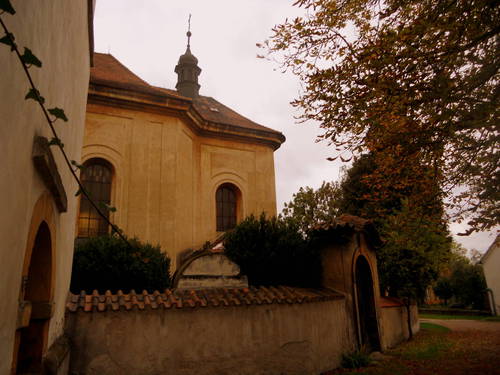 The stone stairs, which leads up reminiscent of the work of the Czech Tourist Club on the highest Czech peak Sněžka. Who knows, but understands what we are talking about. Not that it might lead to high or if the edges of the wood as in mountains, but in terms of their width. It is too long for one step, and for two short already. And so is a short climb to the church, around which is a holy rest quite funny.

Its buildings remain Zapy as usual. No satellites on the outskirts of the city are visible, but the modern houses there are not missing. Its amenities this small town remains dependent on the surrounding larger cities, where locals go to school or work, the post office and doctor. In the place but it works kindergarten, an association of fishermen, hunters, firemen and gardeners. Tradition in Zápy, which origin is dated to the 11th century, also retained the Scout. 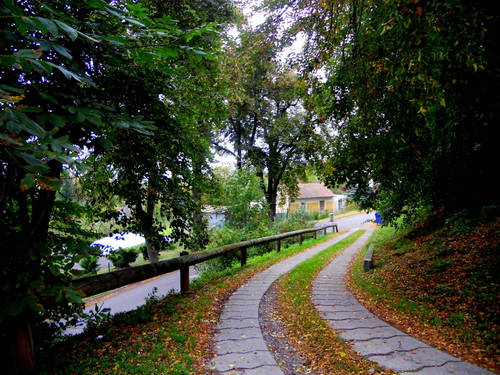