A small town in the Region of Liberec got into the center of national attention in the beginning of September. Allegedly, a U.F.O. came here, at least locals said it. Evidence for this were sevarl crop circles and eye witnesses’ testimonies. The mystery increased number of visits of the castle that wouldn’t fly away but certainly will stay where it is for a long time and the National Heritage Institution will take good care of it.

Summer months at Sychrov were busy Famous Tomas Klus kicked off his tour in June and also Scottish celebrations happened there. When Indian summer came, the crop circles appeared. Despite the tourist season nears its end, life at the castle goes on. Even in winter people will have reason to visit Sychrov. 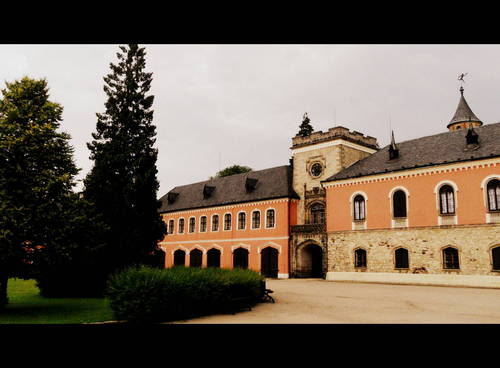 Sychrov Castle built in neo-Gothic style is well-known from the children movies like Nesmrtelna Teta or Zlatovlaska. Its façade has orange color combined with stone, altogether it looks perfect, yet it used to be just a rural residence. Some are satisfied with a small garden where is a small tool booth, some need cottage and some like the House of Rohan made their “cottage” so huge they call it a castle. They rebuilt Sychrov to its present form. 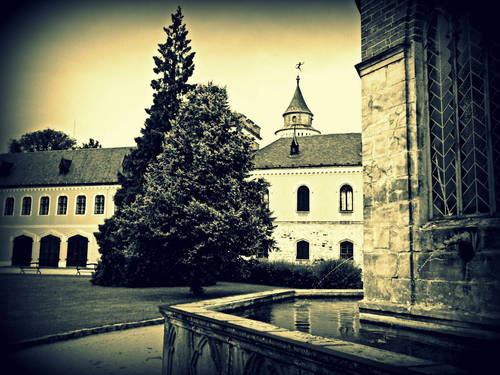 It has everything a true castle has to have. There are two guide tours available and you can also visit a jewelry, particularly interesting for ladies. The exhibition is a display of Frantisek Khynl’s work. The two guide tours will introduce you to life in Sychrov particularly in the second half of the 19th century. This was the time when the castle was at the peak of its fame. Visitors can see organ on which Antonin Dvorak played. Dvorak was born in Nelahozeves and he made Czechs famous all over the world. You can also admire royal apartment, you couldn’t find similar at any Czech castle except Sychrov. 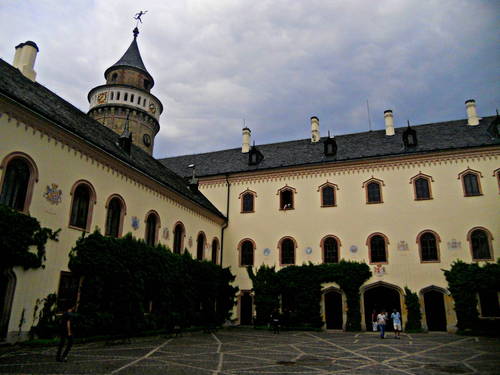 As Richard Müller sings in his song: “You have to have heart of Prince Rohan.“ If you don’t know what he is talking about, Prince Kamil Rohan was a passionate botanist. Not only that he put his focus to his park but also to surrounding nature as well. There are several sculptures at various crossroads. He loved alleys; until the present alleys are lining roads in Sychrov. He loved his park to which he put part of himself. He took care of every tree and herb, he was playful in designing roads, pathways, creeks and small rivers in the park. 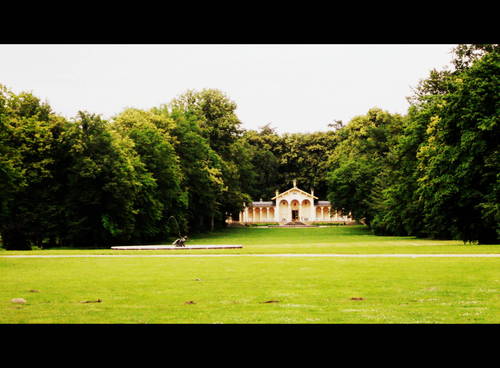 A cup of coffee in orangery

Also, there are several stone objects decorating the park. No one, who loves sweets, won’t reject coffee and a dessert in the castle orangery. The orangery is the only building that was built not in neo-Gothic style. It very pleasantly represents Italian neo-renaissance. It is located right opposite to the castle building. It is hard to miss it. Except the orangery visitors can see the water tower, Arthur’s castle, Rudolf observation platform and many other things. 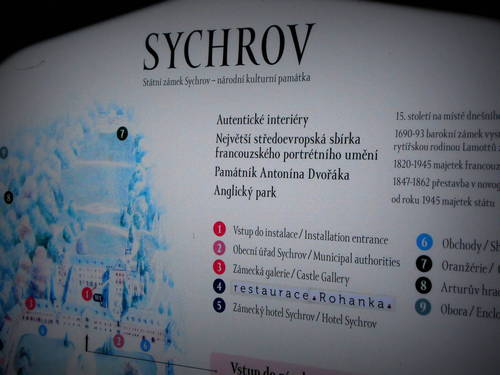