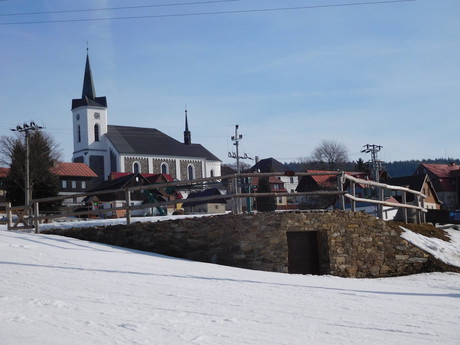 U Capa ski resort is situated directly in Prichovice. Whole families find a lto to do there. The resort has expanded over the years and was modernized. Now there are double-anchor ski tows, five slopes, plus there is a kids' slope equipped with its own ski tow. Moreover, there is a ski school, the local guest house offers nanny services. The prices are more than affordable and the car park is entirely free of charge. The slopes are not steep. Those who would find them not exciting enough can try local snow park.Numerous objects and jumps are suitable for ski as well as snowboard. In addition, there is a slalom. You can compete with your friends to ride it the fastest.. 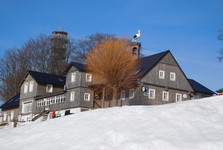 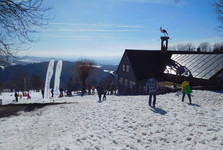 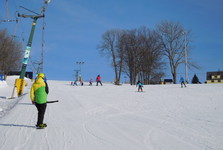 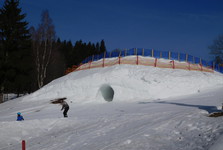 A ice bar operates on the slope when the temperature allows it. You can have a snack at the buffet or at the guest house the cuisine of which is great. In 2015, they even installed their own mini brewery. You can taste their own Svetobeznik Jary Cimrmana beer. There are other attractions linked with Cimrman's name - the Museum of Cimrman's Age, and the Jara Cimrman Lighthouse. Both attractions were opened in 2013. The museum holds artifacts related to Jara Cimrman as gifted by the Jara Cimrman Theater in Prague. Then there are items collected from Cimrman's stay in the Liptakovsko region. the lighthouse is actually an observation tower. Howeover, it was built on purpose. As the web site of U Capa resort claims: "According to witnesses, Cimrman had thoughts about erecting a tower when wandering in the area. His idea was to create a tower which would resemble the one in Paris." The entrance to the museum and to the observation tower costs altogether 45 CZK. In sunny weather, you can see the entire of Prichovice and its dominant sight the church of St Vit. Maybe you will be lucky enough to spot the peak of Stepanka observation tower. 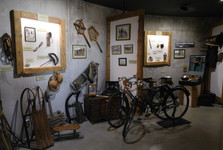 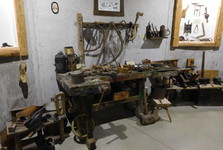 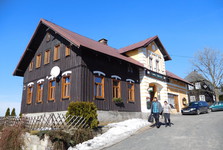 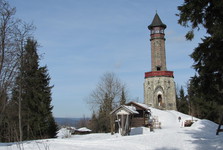 This stone observation tower of Gothic style is situated at 959 meters of altitude on the top of Hvezda Hill. It is the oldest observation tower in the Jizerske Mountains. The tower is 24 meters high and was finished in 1847. The view over the Krkonose, the Desna valley, and the Sous dam costs mere 10 crowns. There is a smal grocery and souvenir store below the towe. To have some lunch go down back to Hvezda cabin. There you can even park your car if you don't want to walk 2 kilometers from Prichovize. A cross-country track begins right at Hvezda cabin. This track splits giving you numerous options where to make a trip. Cross-country tracks are well marked and you can choose the one according to your abilities. A small ski town suitable for skiers and snowboarders alike is situated just below the cabin. 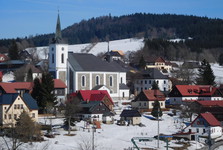 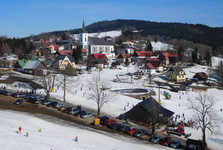 If you still feel bored despite the number of activities you can do there, we recommend Korenov, a town nearby. The Railroad Museum of Korenov is worth visiting. There is a rack railway with the steepest elevation in the Czech Republic. There is also the second longest tunnel of 940 meters. In addition, "tunnel train" as designed by Comrman is here to see as well. Among other sights in Korenov there is Zesarovska chapel, a stone bridge on the confluence of the rivers Mumlava and Jizera. Harrachov is a town sitauted nearby with many more activities for entire family.

Prichovice is an ideal place for a winter vacation. It is not expensive and one can have a lot of fun there. Even in summer there is a lot to do but instead of skiers there are people riding bikes and walking in the mountains.

CZ: Spindleruv Mlyn – The Town in the Heart of the Krkonose

Skiing in Spindl (Spindleruv Mlyn). It is sort of a Czech cult classic. But the place has its gre...