Nothing can better document the appearance and development of Slovak cities and regions or color life in them than historical postcards from the first half of the 20th century. The book Slovakia on Old Postcards from 1918 to 1939 is the second work to map the history of Slovakia in the first half of the 20th century. The authors of Jan Hanušin, Daniel Kollár and Jan Lacik devote themselves to the image of Slovakia in the period of existence of the 1st and 2nd Czechoslovak Republic, and on the example of almost 500 postcards of towns and villages characterize the landscape, events and people as photographers and postcard publishers captured. 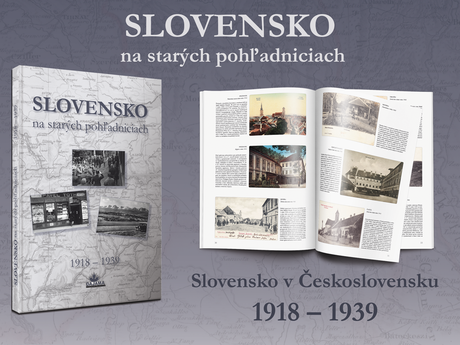 The main part of the publication is a collection of selected postcards that characterize as much as possible the appearance of the territory of present-day Slovakia almost a hundred years ago. It is documented by postcards of towns, villages, nature, industrial buildings, and typical features of life and events from that period. Texts on individual regions, cities, and villages describe not only their history, but they are also enriched with a variety of attractions to help bring closer the nature of Slovakia in Czechoslovakia. 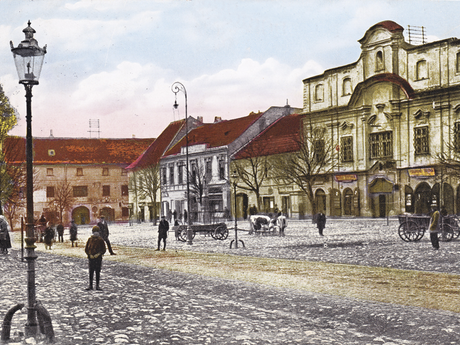 At that time, Slovakia had lived an economic and cultural life, and its towns and cities had its unique appearance. Everything is documented by old postcards, which have been really huge. From the thousands of postcards of the individual localities, the three authors choose the ones that most strikingly characterize life in the territory of present-day Slovakia between 1918 and 1939.

The set of postcards is geographically mapped from the southwest to the northeast. According to historical-geographic units, it is divided into 22 main chapters, preceded by general chapters on the population, settlements and economy of Slovakia in the period of Czechoslovakia in the first half of the 20th century. 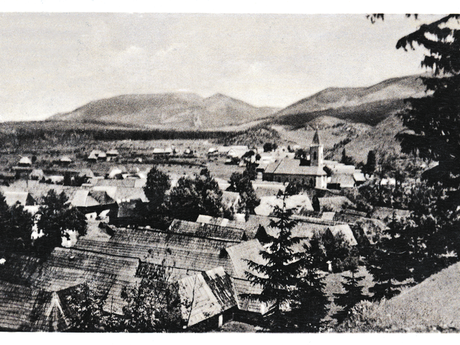 Slovakia on Old Postcards between 1918 and 1939 publication presents more than simply cultural-historical objects for its also shows the life in them. The text in the book brings you closer to its colorful and interesting nature. You can also learn about the life story of M. R. Stefanik, the visit of T.G. Masaryk in Topolcianky or the Sokol movemen.

The creative team wishes you a lot of nice moments on your virtual walk. You can find the book in either a good bookstore (e-shop) or you can win it! It is enough to write us the name of at least one of your favorite Slovak town or village by January 14, 2019 and send it to info@infoglobe.sk.

The winner will be announced on our social profiles.

SK: The Story of the Middle-Ages and Mysterious Nature

Published: 15.12.2019
We have good news for all lovers of good reading and beautiful photos. Two amazing books have been introduced to the bookstore counters, which will take you to the Middle Ages and reveal the secrets of Slovak natural corners.

SK: Learn About the World and Bratislava (Through Kids' Eyes)

Published: 13.1.2019
Today we will introduce you to a learning-savvy social game Do You Know the World? and the unique book Bratislava for Children (Bratislava for Kids), where you can find the most beautiful trips. If you read the following lines, you will find that you will also be able to win the game and the book.