en.infoglobe.cz » CZ, Karlštejn – The Most Sacred Place of the Kingdom of Bohemia

If you are the King and Emperor of the Holy Roman Empire in the mid-14th century, you have a lot of treasures that you are obviously worried about: royal treasures, holy relics, imperial coronation jewels ... Where to go with them? Charles IV. he managed the king: he built for them a fortified castle - Karlstejn. Since the Hussite wars with breaks for 200 years, the imperial treasures were indeed stored here.

Over the centuries, the castle underwent several reconstructions, and its present appearance was given to it by the end of the 19th century. The rugged and massive building in the sloping terrain is still accessible only by a single gate. The massive fortifications surround the dominant, 60 m high Great Tower, the five-storey Imperial Palace with the Marian Tower, the Well Tower and the Burgrave's Palace. 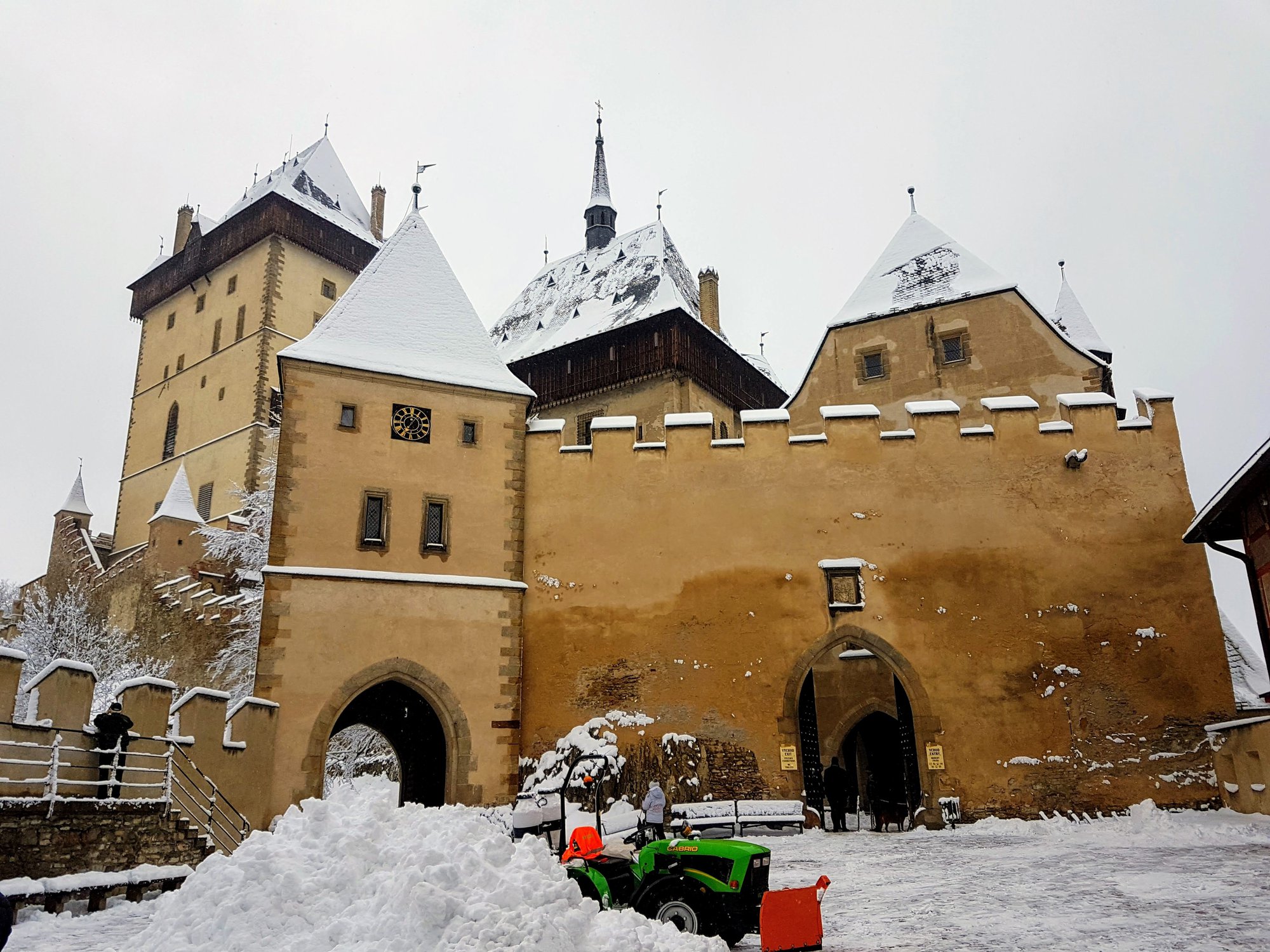 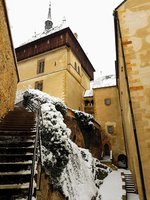 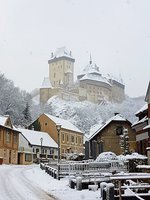 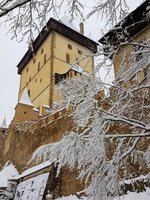 Tours. Where It Is Allowed to Go in Winter?

The first sightseeing tour, which is open all year round, takes visitors to the private and prestigious premises of Emperor Charles IV. Along the way you will see a copy of the Czech Crown of St. Wenceslas and other valuable equipment from the 14th to 19th centuries. The well tower with a 78-meter well and a unique preserved winch is also accessible.

The second sightseeing tour, called the "Sacred Spaces of the Castle", can only be completed during the summer season, from April to October. The main attraction is the Chapel of the Cross situated on the 2nd floor of the Great Tower. The exceptional character of the chapel lies in its decoration. The walls are lined with 130 panel paintings from the Prague workshop of Master Theodoric and a triptych by Tommas da Moden. Gilding and gems complete the stunning impression. It was the Chapel of the Cross was intended to store the imperial coronation jewels, ie the imperial safe as it belongs. 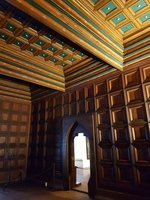 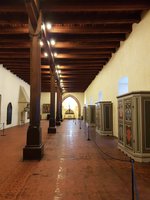 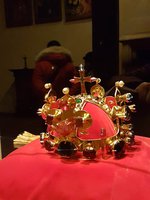 There are also 14th-century frescoes in the castle, which you will pass by the staircase in the Great Tower. You will also see the Small and Large Picture Gallery, the Church of the Assumption, the Chapel of St. Catherine, lapidary etc.

A great experience in the summer season is the third tour: the view from the Great Tower.

All guided tours are accessible only with a guide, but occasionally there are extra free tours, where you can go through the tours yourself. 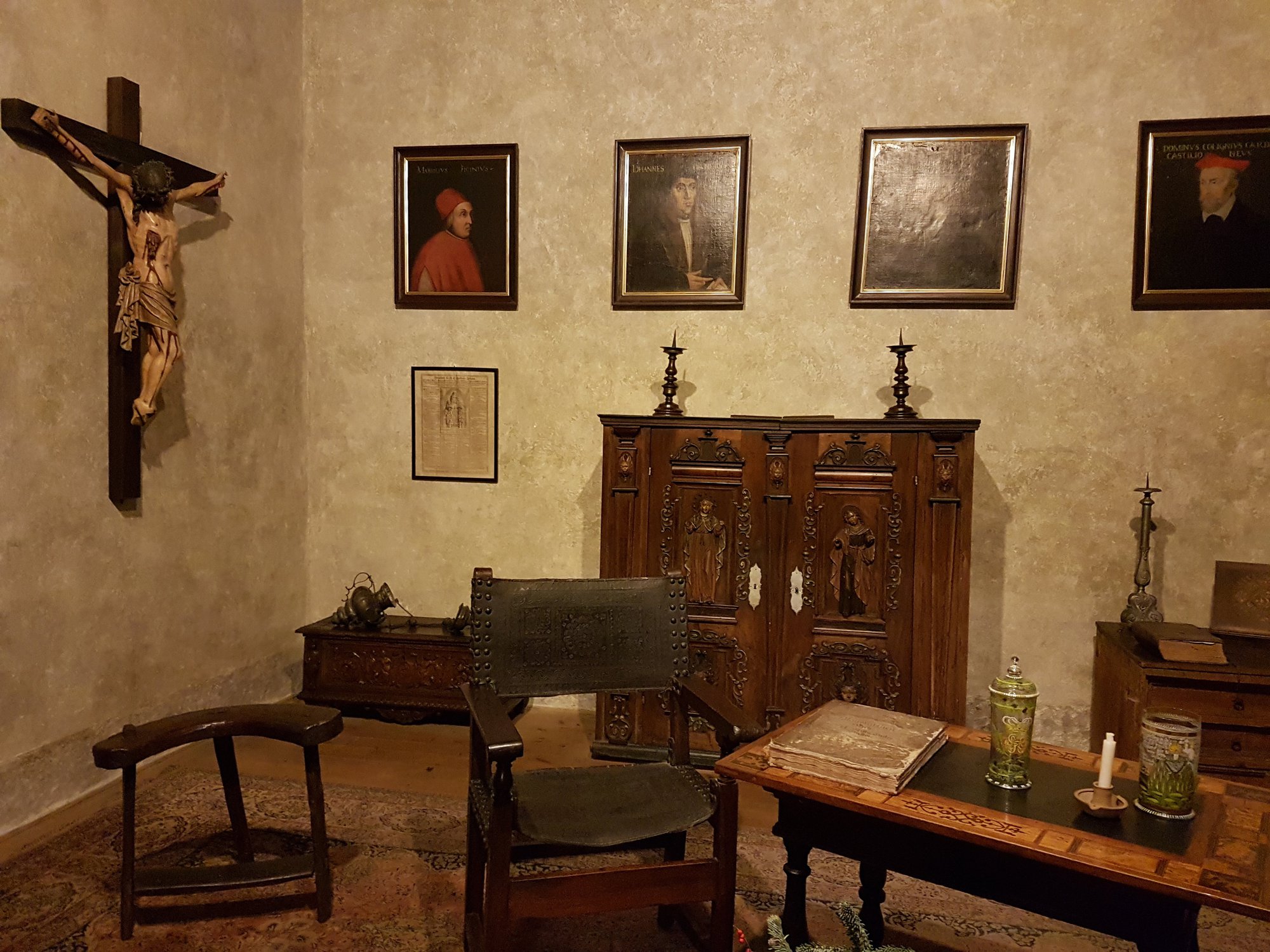 And What about Women?

Thanks to the comedy by Jaroslav Vrchlický and above all the popular musical “Night at Karlštejn”, a false rumor has spread that women were forbidden to enter the castle. However, no historian has ever confirmed it, no mention of it in the manuscripts of the period. It was probably forbidden for women to access only the upper floor of the Great Tower, the Manx chamber, where the guards of the Chapel of the Cross and Jewels lived, as well as the chapel itself. There were obviously security reasons behind this. The guards must not be distracted by anything. After all, no one could enter the Cross Chapel, either a woman or a man. 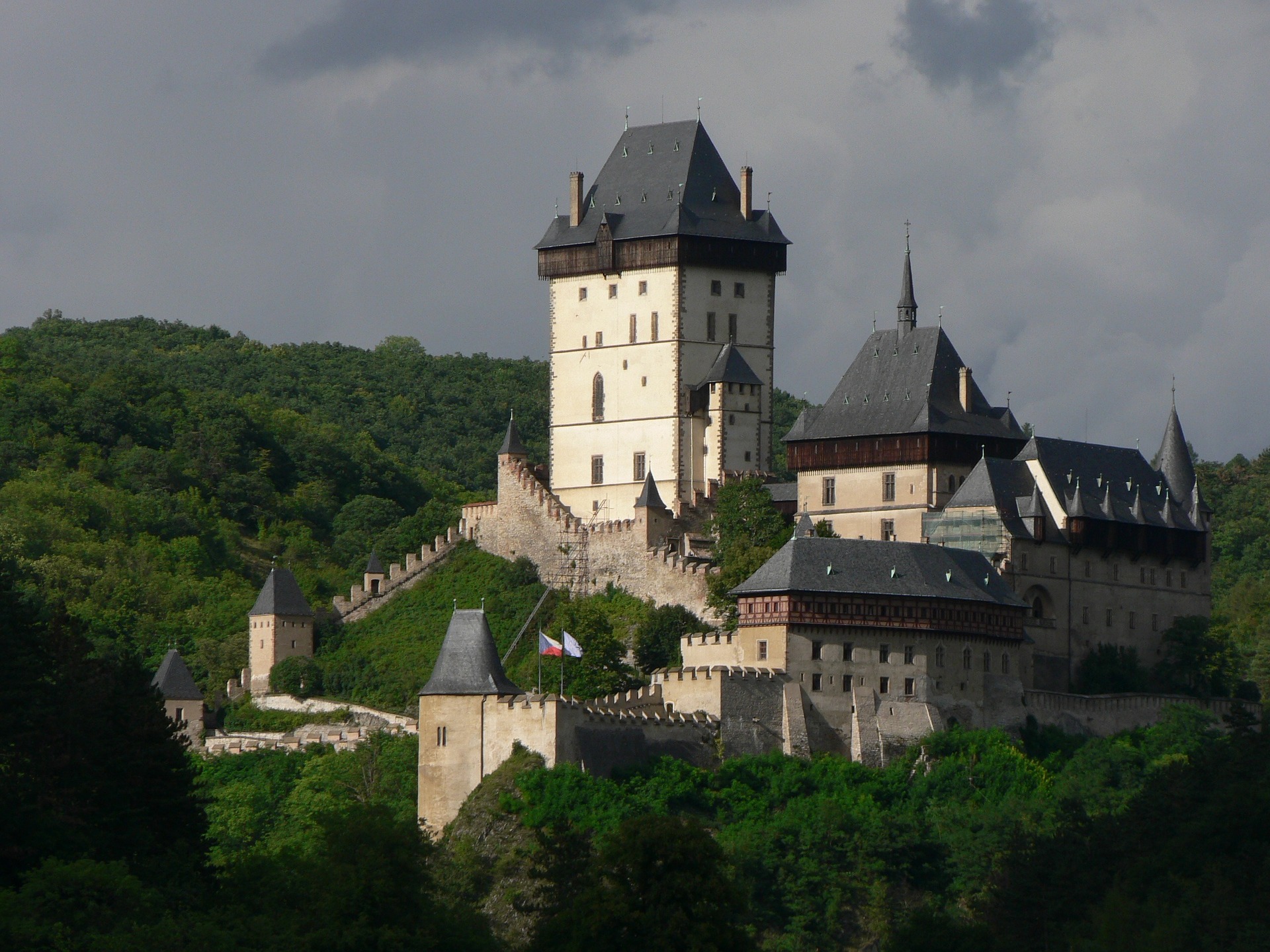 The Most Sacred of Places

Karlstejn is one of our best known and most popular castles among Czech and foreign tourists. It is hard to say whether all visitors know why Karlštejn is so important for the Czechs and what makes it a sacred place.

The castle is not only a building monument and a tourist attraction, but still serves one of its original purposes, as intended by its founder Charles IV. It's not just about jewelry. Bohemian King and Holy Roman Emperor Charles IV. in that year he founded a collegiate chapter at Karlštejn, whose mission includes prayer for our nation and spiritual service in the castle. The capitular church is the Church of the Assumption of the Virgin Mary in the castle and the activities of the chapter, despite many difficulties, have been continuing to this day - over 660 years! At present, there are held about 3 religious services for the public every year.