About 15 km south from Klatovy near Janovice nad Uhlavou there are castle and chateau of Klenova both occupy a single compound on slightly elevated area. The structure is a property of Galerie Klatovy. By the way, you can visit there temporary exhibitions on modern art, domestic and foreign. 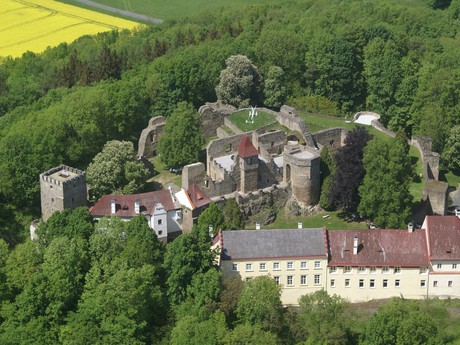 Should you arrive by car, you would likely park your vehicle in front of the granary which was designed in the Baroque style . The granary also operates as a gallery. Children’s pictures open the season of 2016. Before you go to the castle take a walk through old tree alley towards St Felix chapel which was built in the late 19th century. Before there was a small castle. A picnic blanket might come in handy if sun shined on the meadow nearby. 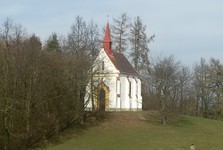 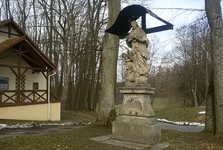 Statues and art objects scattered around complete the whole compound. St Jan Nepomucky is the longest standing statue here, it is in the Baroquo style. Then there is the bronze bull of Vincenc Vingler. The bronz cuttle-fish by Jaroslav Rona stands behind the granary. Actually, the whole area resembles rather a park devoted to sculptures. There is a gallery of 19th century sandstone sculptures around an old chestnut tree. 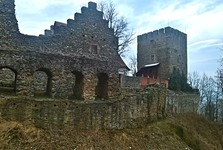 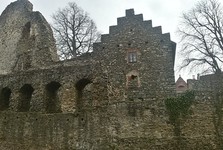 Lords of Klenova founded the castle in the 13th century, disputably. Many additions and renovations had been done throughout centuries. In the 17th century the castle was almost a ruin, however, in the middle of the 19th century the ruins were adjusted and conserved by castle’s owner Eduard Stadion. Despite it left its mark on its Gothic style the castle was adjusted to Romanticist style and the castle was preserved for its aesthetic and cultural value. Around this time, the moat was filled; the prism-shaped tower that has pseudo-Gothic battlement was finished; and the palace was rebuilt. The castle gate and chapel were built also in this time. There are thousand different angles to take pictures of the castle. The most popular view of Klenova is from the lawn on the castle yard. 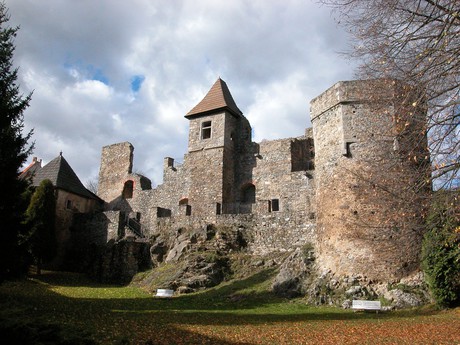 Count Stadion added a Gothic Revival wing to the chateau. Now there are exhibition galleries and also a wedding hall , originally a library, knights hall , and a restaurant named after Krystof Harant of Polzice and Bezdruzice . Krystof Harant was born here in 1564. He was famous diplomat, warrior, writer, traveler, he was educated in music and art. In 1621 he was executed on Old Town Square, Prague among other 20 Bohemian lords. The last private owner was the painter Vilma Vrbova-Kotrbova until 1951. You can see her work in the chateau. 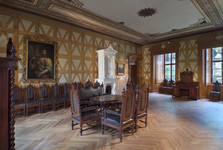 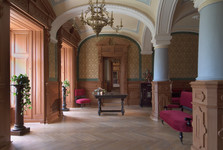 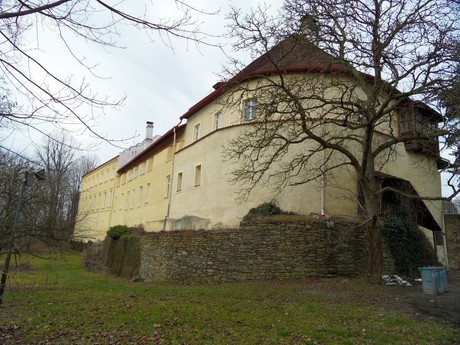 Guided tour takes around 40 minutes to complete. In 2016, the tickets cost 70 and 30 crowns and include the tour of the castle, permanent exhibits on the ground floor, and temporary exhibitions (chateau, granary, castle exteriors). Do not forget to walk around the castle along the trail which follows the moat. Also popular is the torso of the Baroque Loreto chapel. It is situated on the opposite hill. The easiest way to get there is by walking from the village of Loreta. Monumental Baroque chateau in Tynec is also an interesting structure. It was built by Giovanni Battista Alliprandi. Being private ownership, the chateau is not open to the public.