The chateau is the main attraction in this small town in Blanice River valley. The reconstruction of original castle by Archbishop Jan Ocko of Vlasim resulted in the present chateau of French-type castle, rare in the territory of Bohemia. It had several owners. In the 18th century it became property of the Auersperg dynasty. The chateau houses a museum which brings vistors closer to nature and history of the Podblanicko region. Also, you may climb up the tower. Up from there you will se the entire town. Two churches add to the view. Built in the 16th century, the first one is devoted to Saint Giles. The other one belongs to the Czechoslovak Hussite Church. Both churches stand basically opposite each other near Hus square. 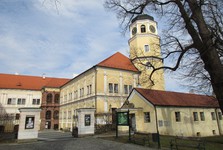 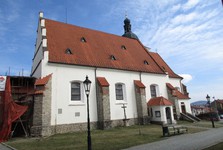 A vast English-style park surrounds the chateau. Marie Josefa of Trautson with her husban Karel Josef of Auersperg adjusted former game park and chateau gardens at the end of the 18th century. Back then, huge landscaped parks were scattered with romantic structures which was very modern. These and the Vlasimsky park are the best example of the past trend.

Vlasimska, Domasinska, and Znosimska gates are the main entrances to the park. If you go to the chateau from Hus square, you can't mis Vlasim gate. The Podblanicka Gallery is now housed inside the gate. Painter Stanislav Prihoda used to have his gallery on the first floor there. Domasinska gate gueards the access to the park from the side of Domasin village. Today, there is a restaurant inside the gate. Znosimska gate is the place where you can buy something to eat or drink. All three gates were built in the 19th century, bit later than the park itself. 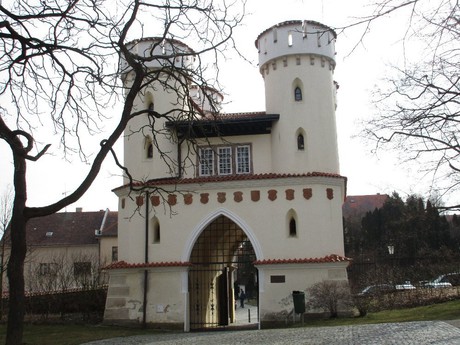 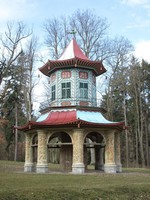 Originally there were about 20 structures and sculpture works. However, many have been preserved. Still, there is much to see for instance Chinese Pavilion. Originally a tower linked to the pavillion with a bridge was a art of the complex which was surrounded by aviary. The only access way into the pavillion went through this tower Once the tower was tore down, a staircase was added right inside the pavillion.

Old Castle is another romantic structure on the premises. It is situated close on a hill above the Blancie River near the chateau. Built in Gothic revival style the castle was 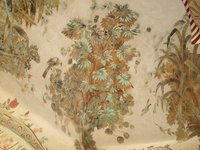 dubbed Magic Castle. A secret mechanism inside made furniture disappear.

The park is open all year long. There is a playground and roofed skating ground. Also, you can go for a commented tour and see interiors of structures inside the park. A trail links the most important places in the park. 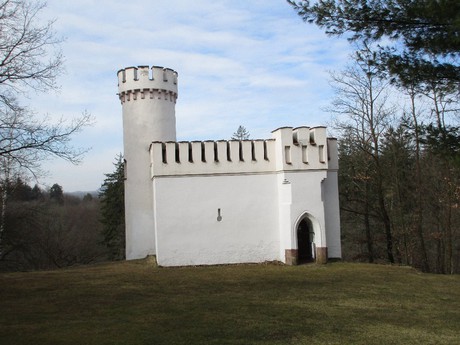 For Those Who Love Nature

Different animals thrive here in the park as well as plants. Many hundred-year old oaks and rare plants grow here. 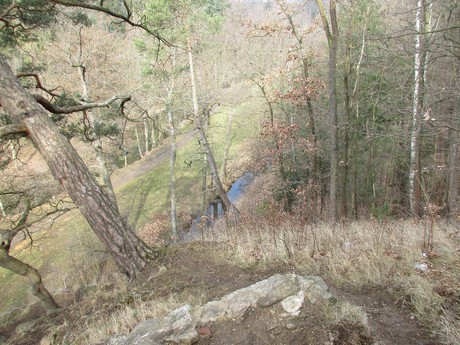 Should you leave through Vlasimska Gate, Czech Society of Nature Protection is situated right opposite the gate. The society helps to maintain the park, it operates Podblanicke Ecocenter and ParaZOO. The zoo is hoe to many wild animals caught and now healed at local animal rescue. These animals can't get back to nature. It houses many predators, owls, otters, or a speaking raven..

Do you have plans for the weekend? No? So go there!