This week our office got an invitation to a new exhibition here in Bratislava that would display genuine dinosaur skeletons and fossils. It would be for the first time in Slovakia! We did not miss the journey to Prehistory and we will guide you through the history of Earth and its life. Right away after coming at the Bratislava exhibition grounds, a large poster of dinosaur skeleton welcomed us. We were sure we are at the place. Upon entering a mysterious entrance covered with black cloth, we found ourselves in a large room with an “infopanel” and next to it there was a cloackroom. As we had nothing to leave there, we boldly went to adventure. By the cloakroom there was a man that explained to us how the audioguide works. The device helped us to enjoy the Prehistoric world even more. 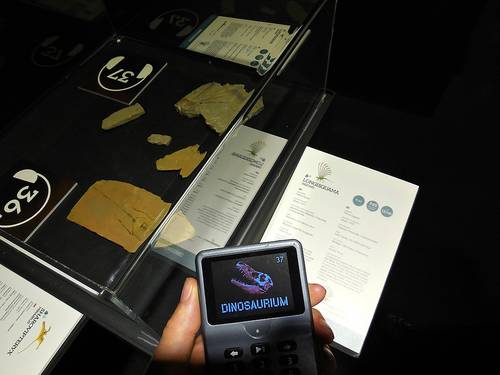 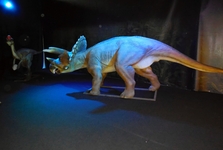 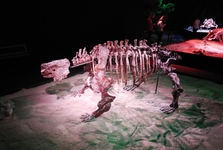 Entrance to the Uncharted World

In the first room there were two large sculptures of dinosaurs. Educational boards with maps and pictures hanged on walls. At the end of the room there was a guard that let us to a room with a large screen. When we sit down, they played a short 7 minute movie about the exhibition. It lured us to explore the exhibition and its items. Excited we went on to the other rooms with more than 50 items. With 300 million years old skeletons and fossils dominating the exhibition. They come from Borisiak’s Paleontological Institute by Russian Academy of Sciences. Before entering another room we listened to the audioguide informing us about the geological age we are going to visit. We walked through the Mesozoic, beginning with the Triassic, Jurassic, and the Cretacerous. We learned from the infoboards how old these creatures were, what they ate, where they lived. At some places there were even large boards that told more about the life, climate, enivorment, extinction, or other interesting facts of the era. 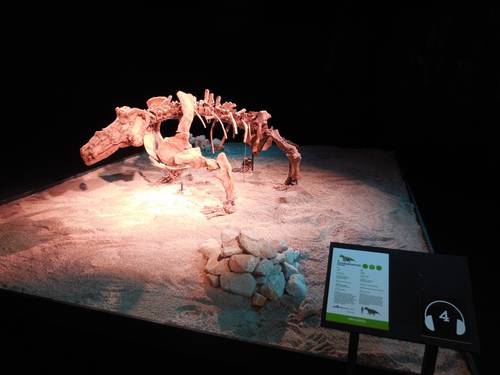 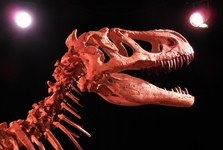 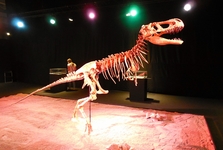 As we had learned from the organizers, the exhibition was organized by a team of more than 200 people. During long research of Prehistoric animals and their remainings they created one of the most coherent collection in the world. The exhibition in Bratislava required several weeks to be done. It tells something about its complexity. For example: to build all skeletons including 6,5 metwe long skeleton of Tarbosaurus took 10 days to complete 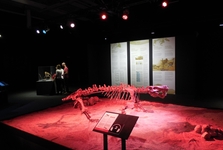 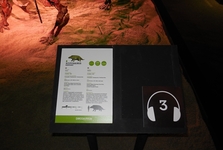 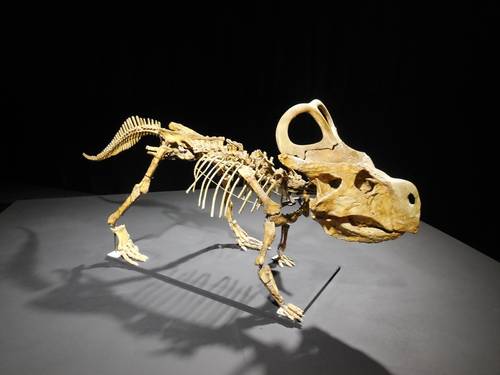 In addition to infoboards, and displayed objects, there were also played documentary movies (e.g. by BBC) that introduced us historical context of the life of these creature. Information were sometimes too academic, yet it was very enjoyable. 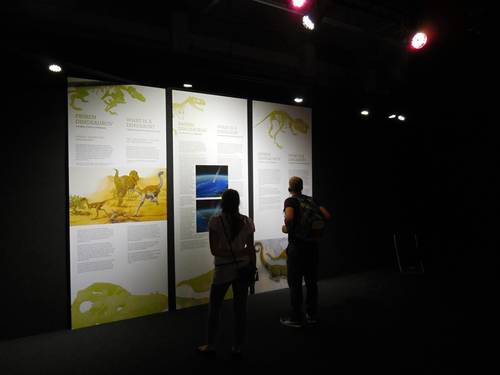 Visit to this exhibition small should do small adventurers who can have fun at a children’s playground. Movies for kids are played there on Prehistoric era. For shoppoholics there is a souvenir shop. The exhibition will last until January 6, 2015. We have learned a lot at the exhibition. It was feat for our eyes. Great lights, or illuminated skeletons were wonderful experience for us. We really recommend you to see it.