en.infoglobe.cz » SR: A Journey From Silver To Jewelry

Precious metal - Silver has always attracted people for its beautiful shine and beauty. Well let's go back to the beginning. On the territory of Slovakia with th

e "production" as such has already begun in the Stone Age - the Palaeolithic. Former residents served two valuable resources and radiolarite and obsidiads. Thanks to their excellent splits and simple processing of these rocks were used as tools for hunting, cutting or slicing. With the advent of the Bronze Age began to use copper and iron ore, which regulate the ideal roasting furnaces. Later could be processed into all kinds of containers, utensils and decorative items. Later, with the arrival of the Celts, began the history of silver. On the territory of central Slovakia were found Celtic gold and silver coins, known as biatecs. The development of mining and mineral extraction continued Slavs, who are already in the 7th century demonstrated an excellent level of processing of ores and their subsequent melting into a mainly agricultural machinery and tools.

In the 8th century was founded mining town of Banská Štiavnica and Kremnica, where mining took place until recently, mainly silver and gold. In the period from the mid-18th century to early 19th century mined in these cities more than 868 tons of pure silver, which at that time supplying almost all European markets. 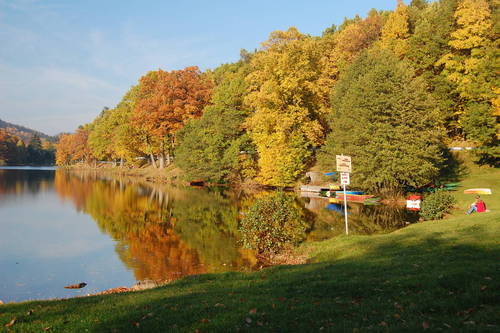 Today we can only remember those good times gold and silver. Well we can remember is looking at the ring, brooch or silver earrings, silver plate whose first does not come from Slovakia, but evoke the memory of our mining history.

Silver became by time, a sort of part of everyday life and therefore we should pay attention not only to wear, but also for cleaning to maintain its beautiful metallic shine. But what is nicer than a nice shiny silver jewelry on your sweet love?