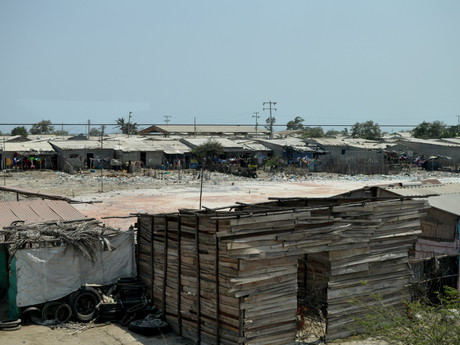 Santa Marta is situated on the shore of the Caribbean Sea in Santa Marta bay and at the foothill of the Sierra Nevada. The peaks of the mountain range can be seen on bright day from the beach. The city was founded in 1525. It is one of the oldest cities in Colombia. Only half a million people live there and is more quiet than Cartagena. Moreover, many tourists just ride through Santa Marta and move on to Taganga or  Parque Nacional Natural Tayrona. They say the port is the most beautiful one in Colombia. The sea has natural depth. There are docks for long ships - cargo as well as cruise ships. 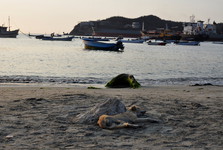 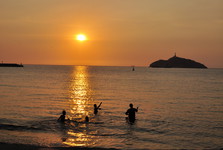 It is the place of the final rest of Simon Bolivar. There is also his museum there. Bolivar intended to unite Latin America and create one, unique country. So there is a square named after him in every city and town (usually the main square), streets, and a memorial with his statue. Even here, there is his statue on  Parque Simon Bolívar. 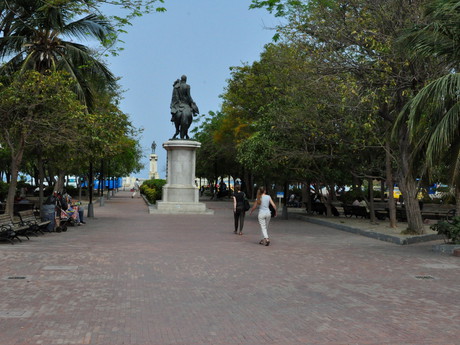 Parque de los Novios is another beautiful square. It was built in the early 20th century. General Francisca de Paula Santandera stands on the square. There is also the busta of the former president Manuel Murillo Toro. The construction of the oldest white church Catedral de Santa Marta (Basílica Menor) was finished as late as during the war for independence. There are remains of late founder Rodrigo de Bastida who was a conquiscador from Spain. A promenade around the beach also bears his name (El Malecón de Bastidas). There are statues of the native inhabitants - the Tairona native Americans. The techniques of jewelry craft and historical heritage could be seen at Museo del Oro Tayrona. The museum is the very oldest building in the city (constructed in 1530). Originaly it was a government building. It is also called the customs. Entrance is free of charge. 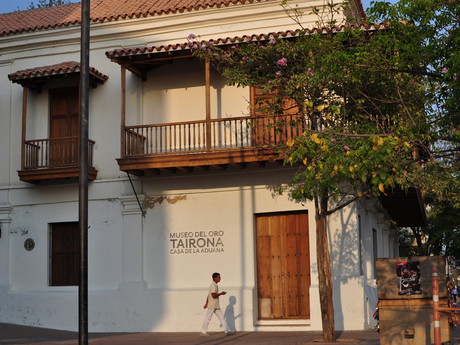 While walking we planned to see the norhtern edge of the city, rocky cliff Punta Betin. We intended to enjoy the vista. Originally, this place was used as some sort of stronghold agaist pirate raids. Local workers told us to get back for it is dangerous there and we could have gotten mugged. The Maritime and Coastal Research Institute is situated up there. It seems that people don't go there on foot. Nobody guards the road there. We hesitate for a while. Eventually we gave up. One vista is not worth stolen camera or something worse.

The historic center of Santa Marta takes one day to walk through. There are many other things to do. You can make trips to the surroundings or visit Tayrona national park. There are beautiful Caribbean beaches. Youc an also enjoy local tranquility, walk during sundown on the beach, eat at a good restaurant, or have fun at some bar. It is very vibrant there at night. 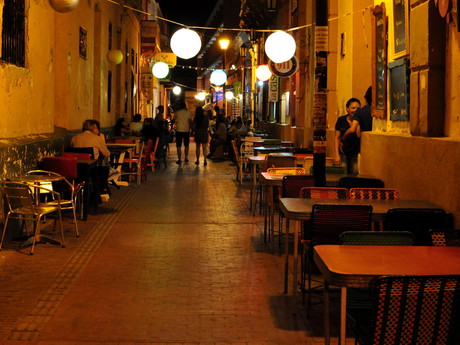 After two days of rest we move on to the town of Giron. Life at sea is coming to an end. Next we are going to discover the inland of  Colombia. Then we will see wavy mountain landscape. When we ride through the villages of Cuatro Vientos and El Cruce we are warned that these are dangerous places. It is better to not even get out of the vehicle and in no way to hitchhike. There is no police station, there are no soldiers. So drug cartels proliferate and there are frequent shootings. Even the policemen are said to have worries being there. So I am telling myself that there goes no day without somebody giving us warning. This is simply Colombia. After a day of hitchhiking we get only to Curumani city after dark. We find the first the first cheap hotel by the road so we better don't go anywhere else. On the following day we reach Giroón, another colonial era city on our road.