en.infoglobe.cz » CZ, Trip to the Sazava aka Water Goblin's Walks

The Sázava river is a gem of a river in the Czech Republic, whether from the perspective of natural or historical beauties. There are many castles and important historical places by its banks. Because of its calm water level, it is sought after by paddlers, some sections are even protected areas. 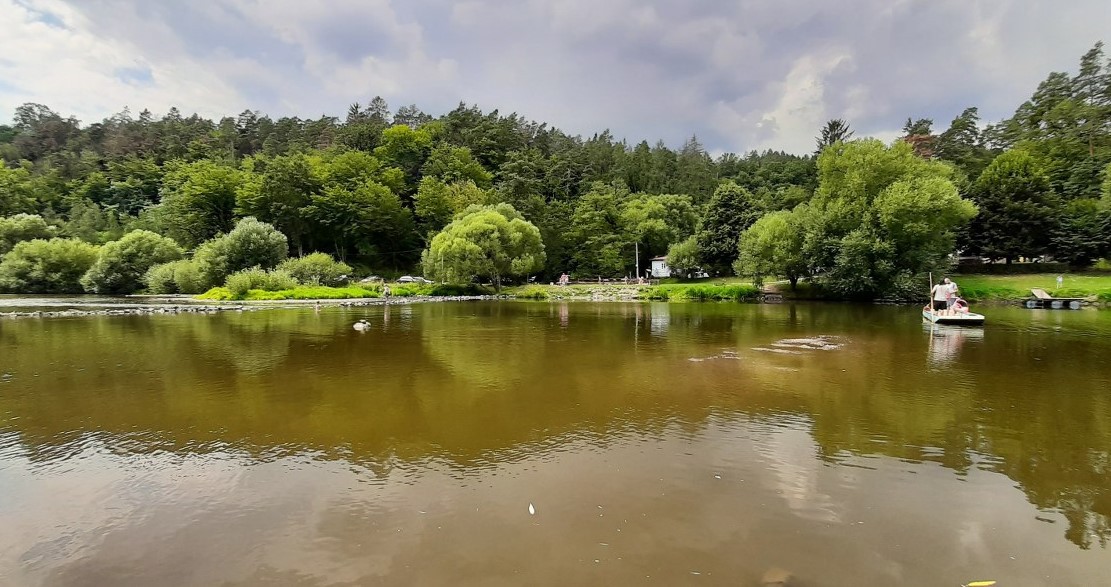 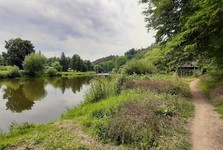 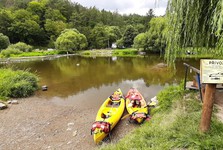 We went to Čtyřkoly, where we parked at the ferry Zlenice. As soon as we cross the wooden footbridge, we reach the truly fairy-tale area of the Senohraby swimming pool, which this year celebrates 130 years of its existence. 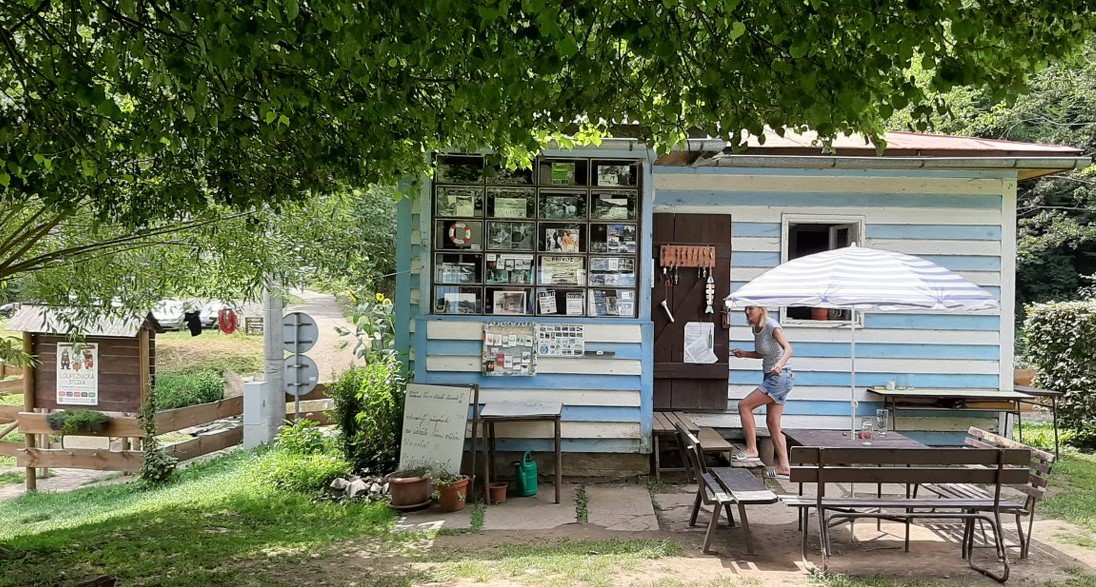 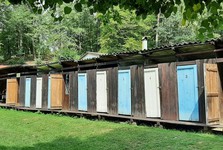 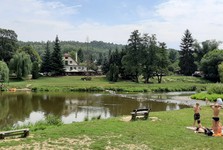 The landscaped grounds welcomed us with a romantic blue-white house where you can buy some souvenirs, opposite the wooden changing rooms and a little further away attracted us buffet with fragrant snacks and seating. Grassy areas are used not only for relaxing or playing games, but also for camping or camping. In several places there are information boards with period photos and Lada's drawings. At the bottom of the river there is a tied boat, which, after paying a symbolic amount, is ready to sail to the other side, where the hotel is situated with a large area or a little further away the village of Zlenice, today part of the town of Lštění. 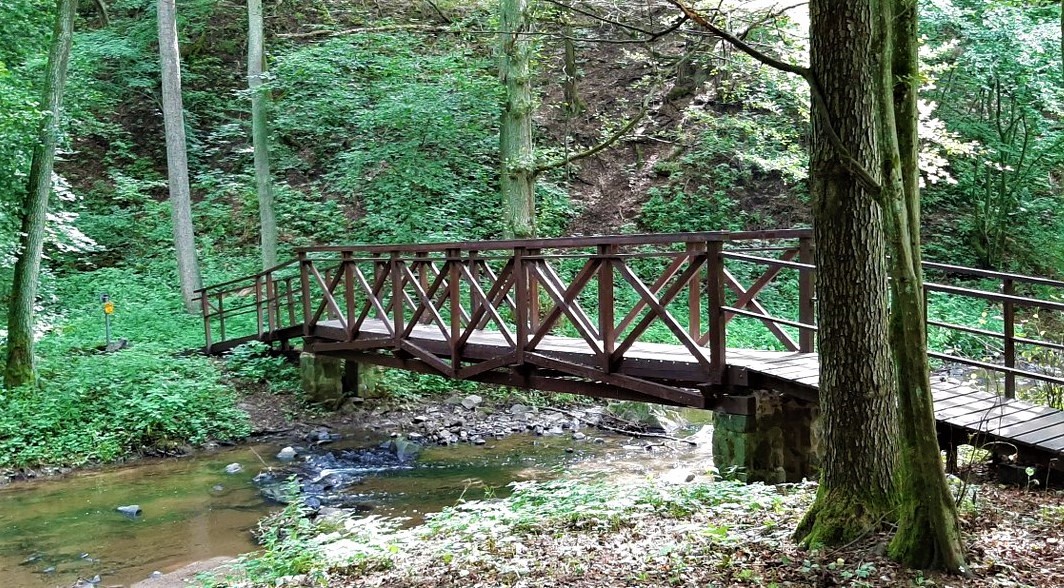 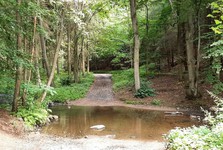 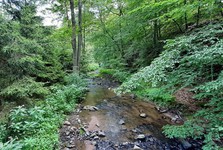 After a short excursion we went to the adjacent forest, where a relatively wide path leads. It borders and sometimes crosses the stream Mnichovka. Since we had a stroller with us, our walk ended after a few hundred meters of ford. On the way back we split up. One part of our group went on a walk to the river Sázava, where a nice forest trail leads, while the other climbed to the former aristocratic residence - the castle Zlenice. The impressive ruin captivated not only us, but was also a favorite motif of several Czech artists from Josef Lada to Karel Hynek Mácha. You can read more about the history of this monument here. 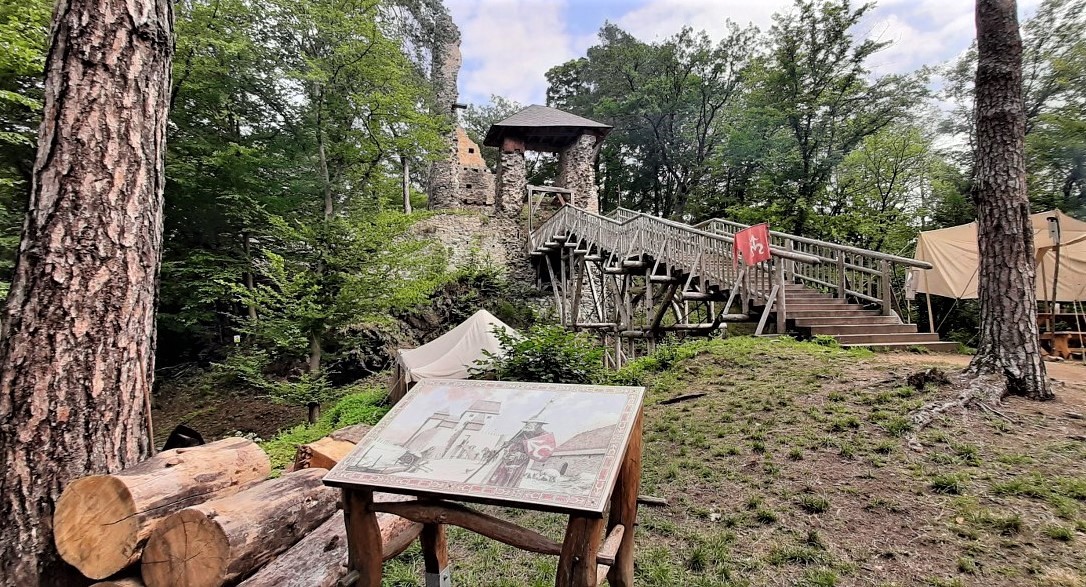 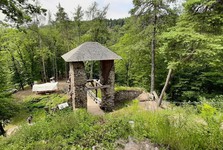 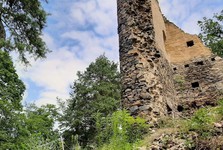 Gradually we all met in the aforementioned buffet. After a while we are moving to the ferry. We embark ourselves and our pram and transport to the other side. Here we can run around the recreational area quite quickly, greet the ducks and go back to the car. 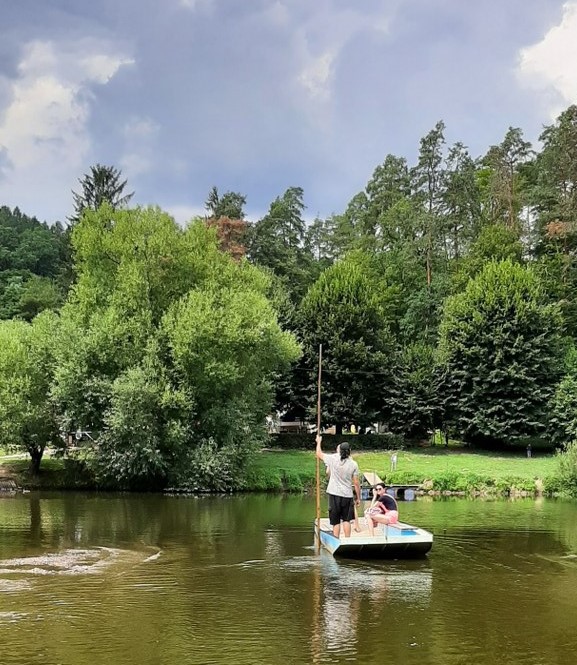 Finally, we move to just a few kilometers away to the village of Čerčany, where there is an interesting restaurant with garden and playground, which is famous for so-called schnitzel as a cow. And that he was really big and tasty you can see for yourself. 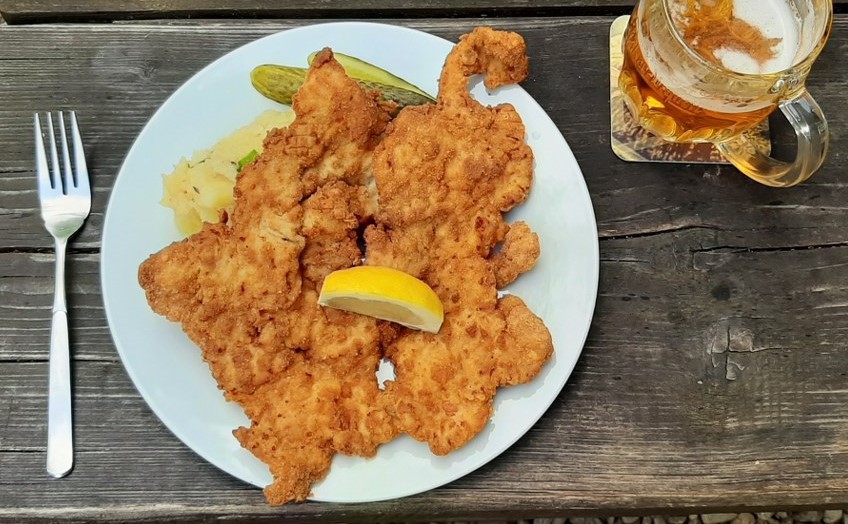 The trip to Sázava was our last stop in the picturesque Lada's region, but in a week we will visit the not so distant village of Soběhrdy, where a unique family park - Farmapark - has grown up.