The road is bordered with petrol stations, fastfood restaurants and supermarkets, with all necessary services which make easy the trip in Iceland.

Selfoss, and so on…

Bonus supermarket, where you can buy the goods at reasonable prices, several pleasant caffees, Kentucky Fried Chicken (if you wish to taste chicken wings). Anyway, next small towns, you pass, present the same stop for stocks´ supply or taking petrol, or eventuel change into another bus. To tell the truth, Hella and Hvolsvollur are nothing stupendous, these localities could surprise you with its largeness only. Especially the locality of Vik, „a centre“ of south part of Iceland, where this circular road is winding, after eighty kilometres from last civilization point, could surprise you with its tinity. The village is bordered with one petrol station (from each part of the locality) and several small houses, placed in a valley close to green hills. And it is a fact that the towns do not belong to main attractions of Iceland. You have to concentrate to pure and unrestrained nature. Moreover, you have some feelings that the people came there for couple of days only, built their provisional seats and the road disappears for a while. So, the Iceland´s  nature does not do much work to return towards its original purity. 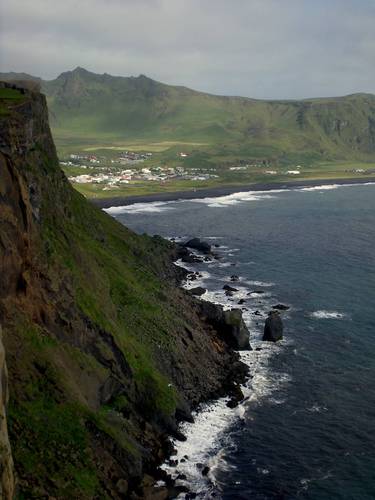 Past fame of Eyrarbakki

Fishermen village of Eyrarbakki, situated at sea coast, 12 kilometres distant, in south direction from Selfoss, does not look like you could imagine such locality. It is no romantic port with swinging barges or a bay with calm sea. You cannot follow a sea, as the village is divided from there by coastal mound, no bay is to be seen at all as well, small houses are placed there, one close to the other, along one kilometer long road. Anyway, Eyrabakki was in past main port of Iceland, so, you can visit there Marine Museum, including one of oldest houses, built by Danes just in 1765. Nevertheless, the prison building could be marked as most remarkable building, situated at the entry to the village. It is the biggest jail building (which could participate - in the international scale - as the smallest prison of the world). In fact, the complex is formed with two familly houses, connected together. So, it is an evident proof  that Iceland belongs to the safest countries of the world, where the criminality nearly does not exist. 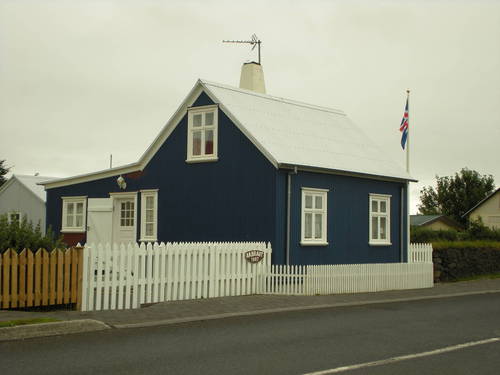 The south of Iceland is marvellous green, thanks to pasture lands, situated everywhere. You can follow there the Iceland horses. Local farmers are proud on them and most of them are of an opinion that the horses´sufficiency will not be ever. From this reason, the law does not permit to take any used equastrian outfit (from saddles up to gloves) to the country, in order to prevent the horses against any unknown disease. When travelling around Iceland´s countryside, you can see the horses everywhere, grazing, confining or staying resisting against hard Iceland winds. 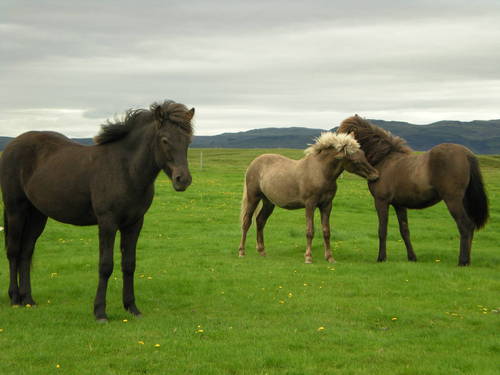 Anyway, the farmers do not give their time to the horses, sheep or cattle but they reserve their time to the trees. In past, Iceland was completely afforested. However, owing to very high consumption of wood for heating and for the construction of houses, the forests were rooted up subsequently, and you cannot see any tree there at present. Nevertheless, this situation could be changed by means of so called tree-farms programme. These are the companies, occupying exclusively with trees-growing. However, the destiny of such project is uncertain. It is true when such tree will grow, it takes tens of years, and most of farms were established quite recently. So, the proprietors have to wait patiently, for twenty or thirty years, when they can see, if their effort could have some sense, when somebody would be interested in next afforesting of the countryside.