A look at the twenty-fifth waterfall would become rather standard, for sure, but, never mind, the waterfalls belong to the attraction during the first stage of the excursion. It is a fact that Seljaladnsfoss could not be compared, as far as the greatness is concerned, with Gulfoss, the biggest Iceland´s waterfall, but it has another speciality: you can walk throughout slippery path behind the waterfall. The other one, Skogafoss, falls down from the height of 62 metres, and after steep stages, you can climb up to its top. Nevertheless, the nature beauties do not include only the waterfalls. 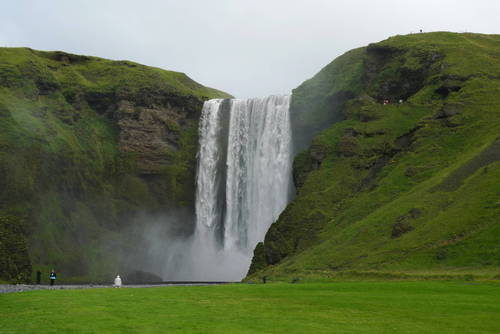 In the distance of 10 kilometres in west direction from the locality of Vik, the Iceland reaches its most in south situated point, at violently rising cliffs, terminated with gigantic stone arch. All this area is closed for entry owing to nesting birds (papukhalks). Anyway, sufficient spectacle could be secured by a walk around neighbouring black beaches. To tell the truth, it is impossible to take the bath there. Of course, the sea is ice-cold there, moreover, cold wind is blowing there. The Reynisfjall is arising above small town of Vik, offering marvellous outlook to south point of the island, including black beaches.

Group of Islands, Full of Fog

Vestmannaeyjar group of islands is situated at south coast of Iceland. It is consisted of 15 small islands, including Surtsey, the newest one. This island was created in 1963, during submarine eruption. Nevertheless, the Heimaey, the only inhabitated island, is covered with a fog, during prevailing part of the year, its stormy past is alluring for the visit. Even persons with weak stomach can visit the locality, thanks to new ferry connection. In past, the ship set sail from distant Porlakshofn, and two and half hours´ lasting navigation was rather difficult even for local inhabitants. 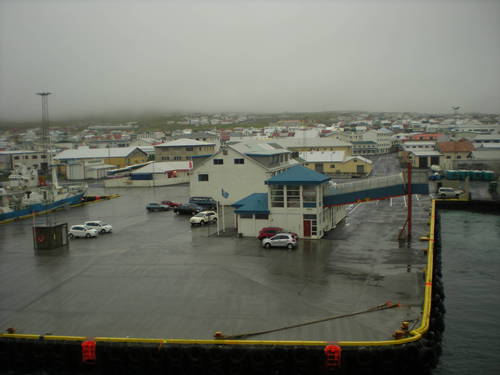 It is good luck, that the risk of sea-disease was considerably reduced by transfer of ferry terminal to the community of Bakki. So, the journey could be shortened to 30 minutes only. Heimaey Island, this means mainly high rocks, passed by ship into hidden port. Each year, the place is visited by tens of thousands of papukhalk-birds. They construct there the nests and later, in August, teach their broods to fly. All rocks are spotted with birds´ dung. From time immemorial, local people do their remarkable sporting activities: they swing, chained to a rope, along the cliffs, scooping the birds´ nests. The bird himself is charming with his amiability and clear colours. However, some Iceland restaurants offer these birds in the menu as a traditional delicacy.

The Eruption, Lasting for Several Months

In January 1973, the island suffered from unexpected disaster. One and half kilometres long cleft, with lava jetting, appeared suddenly in an earth, in its east part. The eruption lasted for five months and all inhabitants, who succeeded to escape to mainland followed with a fright, how hot lava was flowing into the sea, closing subsequently the access into the port. Owing to the fact that destruction of the port would signify even the termination of their home, they indefatigably sprinkled such lava-mass with cold sea water. It seemed that their effort to stop lava attack could be hopeless, but, finally, the eruption was stopped and the entrance to the port was safed. However, the lava destroyed many local houses and new volcano, Eldfell, was created over the town. 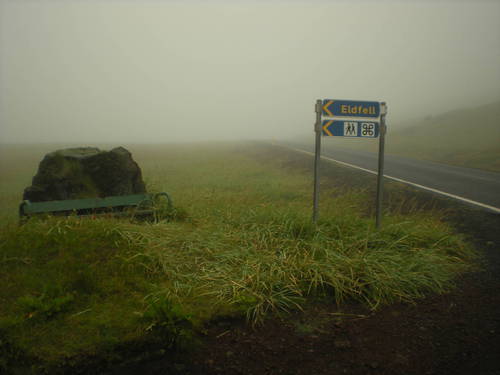 To tell the truth, it is very good experience, to climb to the top, along red volcanic gravel. The surface remains without vegetace, even after so many years after the eruption, despite the fact that the area is slowly covered with bright green moss. The climbing to the top of this volcano could be especially remarkable experience during foggy and rainy weather, dominating to the island for nearly 365 days of the year.

You cannot see anything in one step ahead, and the environs are invariable: black gravel everywhere, and you have the feeling, without whatever supporting point, that you look for your way in the circle. Local movie (cinema) is worth to visit. Each day, you can follow there fascinating film about eruption, and you hold your breath following film scenes.