Halfway between Verona and Venice, you will find Vincenza, home to one hundred thousand and also to UNESCO World Heritage Sites. To be more concrete, we talk about is the work of the late Renaissance architect Andrea Palladio. His specific architectural style - Palladianism - has inspired many architects across Europe and can even be found in North America.

The works of Palladio were based on perspective, symmetry, and also inspired by ancient Greek and Roman temples. Palladio's spirit is still aparent in the city, which gives it its distinctive atmosphere.

Today we start at Piazza dei Signori. In times of ancient Rome there was a local forum. Today the square's main feature is Palladian basilica. Take a good look at it. Its front facade forms two floors of a magnificent open colonnade. On the lower floor you will see the Dorian columns, on the upper floor there are Ionian. Originally, however, this building was not meant to serve as a holy place, but was intended as an assembly place of the Great Council. On the first floor of the church there is a 52-meter long hall with a vaulted wooden ceiling. 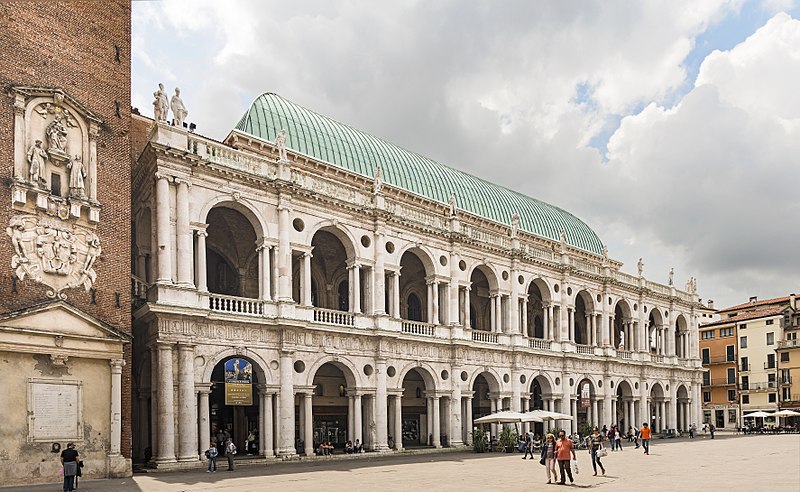 In front of the western wall of the church, note the marble statue of Palladio. Inside, you can visit the museum dedicated to him, which exhibits models, drawings and other works he created during his life.

On the square you will see Torre di Piazza, a defensive tower built in 1174. There is probably nothing special about it, but from its top at 82 meters you can enjoy a nice view of the square and the city. A building with magnificent brick facade Facade- Loggia del Capitanio - will be definitely a pleasant surprise for you. And Palladio was behind its construction. Originally, the residence of the Venetian Governor the structure currently an administrative building. However, it contains valuable historical treasures such as frescoes by Giovanni Antonia Fasolo. The works of this artist, who was taught by the famous Venetian Renaissance painter Paolo Veronese, can be found in other buildings designed by Palladio. 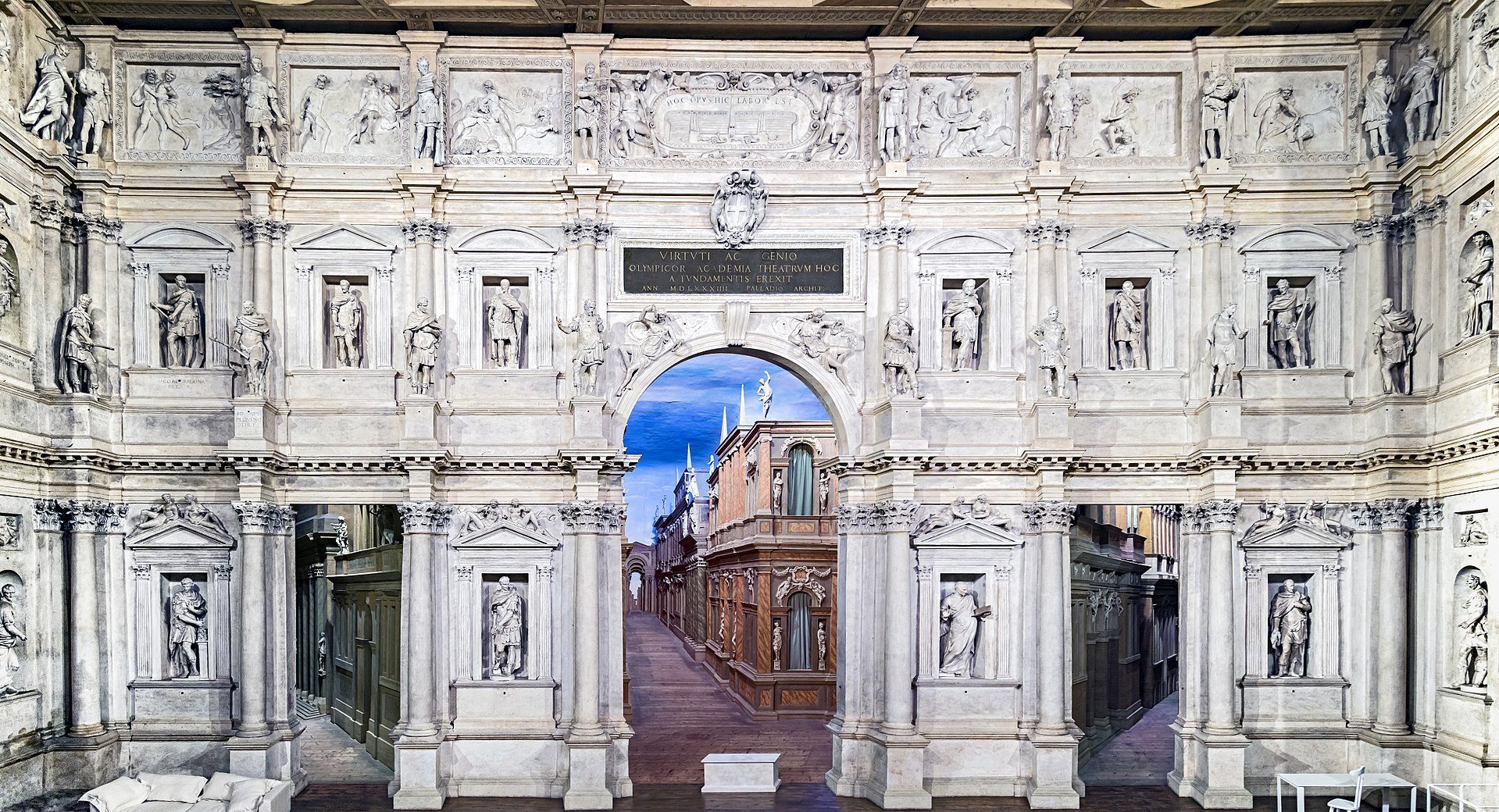 From Piazza di Signora, we will take an approximately 10 minute walk eastwardsuntil we reach the Teatro Olimpico. Palladio began with its construction in 1580 and before he finished it he died. The completion of the work was taken over by architect Vincenzo Scamozzi. Teatro Olimpico is actually sort of a renaissance variance at ancient amphitheaters and also it is the oldest preserved roofed theater ever. The most interesting part of the theater is its stage. It is designed to create an illusionary impression in the distance of stretching streets, which are actually only a few meters long.