en.infoglobe.cz » Italy, Padova – A City With a Medieval Feeling

While walking through narrow streets of Padova, you will see long lines of town houses with arcades. On them are infamous graffiti squiggles. Along the streets are Fiat Puntos and other similar cars. 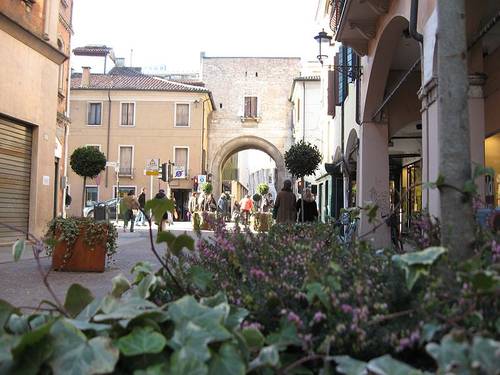 Occasionally a beautiful square with markets where you can buy fresh oranges, bananas, tomatoes and other fruits and vegetables. One of such squares that you have to see is Piazza delle Erbe. You can just sit and drink coffee and watch people around.

Right at the square, there is monumental Palazzo della Regione, . Allegedly it has the largest non-column supported roof in Europe. The upper floor of this fascinating palace built in 1172 consists of the great hall 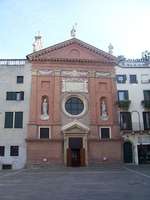 the length of which is 81 meters, width 27 meters and height 24 meters. The façade depicts allegoric paintings. I bet, you wouldn’t believe that in 18th century the palace was damaged by a tornado.

Now we move back to Padovan streets. Of course, there are fashion boutiques, or scooters. Maybe you will hear some honking from distance or hear Italians debating some super serious topic. Now we reach another plaza that we should see while visiting Padova.

Piazza dei Signori will welcome you with another market taking place in the middle of this rectangular square. At the one end there is a brick red building known as Chiesa di San Clemente, St Kliment’s Church . Its origin dates back to the 12th century. Inside there is a beautiful altar.

On the opposite of St Kliment’s there is   Torre dell’Orologio, the astronomical clock. This building was constructed in the first half of the 14th century. In this time its purpose was to be an entrance to Carrara palace. The palace is a building complex that where partially resides the Galilean academy of sciences..

Anyway, Torre dell’Orologio - was built as a combination of the Gothic and Renaissance. Its height is 30 meters. The astronomical clock is actually a reconstruction of the original that was placed at Carrara palace. This clock was one of the very first in Italy.

Simply put, if you want to get some taste of Italy, to know athosmphere of renaissance. Then the country boasted with such names like Galileo Galilei, Michelangelo, Petrarca, da Vinci and others. Padova is just the right choice for you.

On medieval streets you will feel proud history of the centuries old remnants of human craft and art.

Published: 28.10.2022
Let's look at the city formed by a single architect. Halfway between Verona and Venice, you will find Vincenza, home to one hundred thousand and also to UNESCO World Heritage Sites.

Published: 29.8.2011
One of the interest sights of the northern Italian Adriatic coast is the historical town, called Aquileia. If anyone thought that is where the known brand of drinking water, he is wrong. The only thing what joint together these two signs is the eagle - Aquila in Latin, what you can find in his symbol.