en.infoglobe.cz » Italy: Valle Dei Templi - A Memory Of A Glorious Past

aking Valle dei Templi, or Valley of the Temples, for which you have to reserve at least half a day. What are now largely ruins and debris, was once the pride not only of ancient Greece (Sicily was first Greek colony), but also the whole world at that time. Temples had been dominating Akragas, Agrigento predecessor, which was founded in 581 BC and fantastic examples of Greek art and architecture. The complex consists of the remains of seven sanctuaries: Juno, Concordia, Heracles (Hercules), Zeus, Castor and Polydeukése, Vulcan and Asklepios. 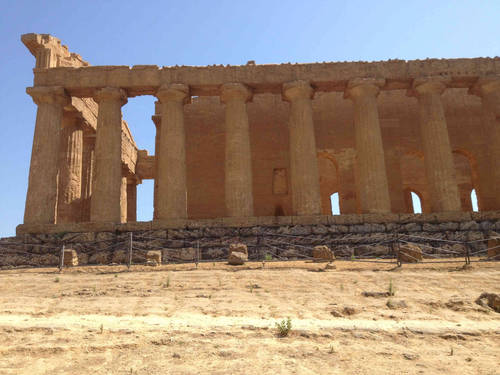 But not to be fooled by the name "The Valley", because temples lie largely on the ridge, that once served as a mighty wall of the ancient city and allow the temples were seen as a silhouette on the horizon. From this position it is easy to see Agrigento, that is a mere fragment of its area of ​​its ancient Predecessor. At that time, when used to be famous, the town was inhabited by 200 thousand people. 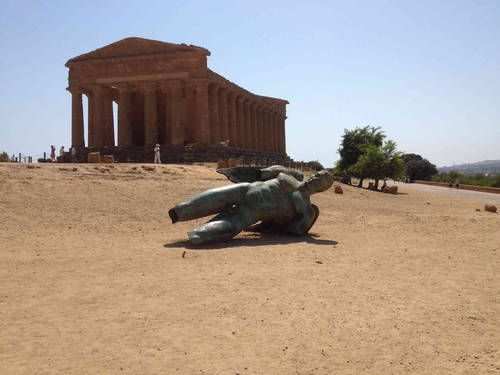 Juno Temple, in Greek mythology, Hera, was built approximately around the year 450 BC with length 38 and a width of 9.16 meters. Goddess, for who is dedicated, was at the peak of the divine hierarchy and, like her husband, Zeus, who was as well her brother, had the ability to throw lightning bolts. In addition, Hera was the patron of marriage, heeds about sanctity and the inviolability of marriages and was patron of the birth. People were getting to the temple on four steps. The roof of the temple was supported by thirteen meters tall columns in the Doric style.

Another temple is dedicated to Concordia, Whose size is almost same with Hera´s temple. With the rise of Christianity, the church was rebuilt into a church, what meant also the destruction of the original altar and in the eastern corners formed Sacristy. 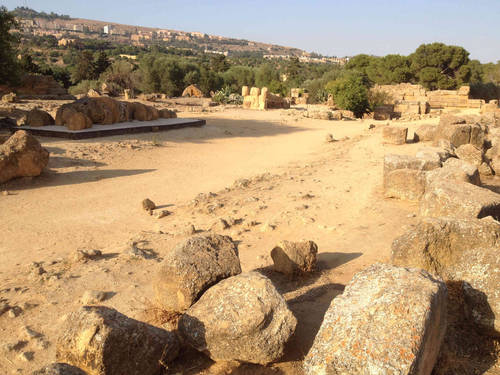 Héracles Temple is without doubt one of the biggest, that you can see in a holy place. 38 Doric columns erected probably in the 5th century BC on an area 67 to 25 meters supported by a massive roof, which under eastern end was hiding altar. 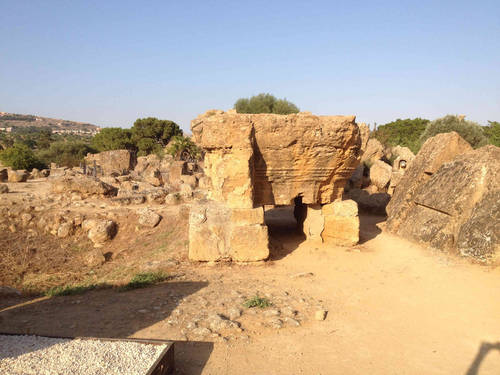 The largest sanctuary in the Doric style, that the world has ever seen, was dedicate

d to the god of all the gods of Mount Olympus - Zeus. Like Hérakle´s temple, temple of Zeus was probably built in the 5th century BC by using Carthaginian slaves got during the wars with Carthage. Zeus Dome, Which ultimately never completed and today the ruins just left him, still fascinated by its impressive size. The length of the building was about 113 meters, the width of the 36 meters. The roof was supported by 15 m high columns among them were 38 massive atlas temple yielding up to 30 meters. The whole area Temple of Zeus is the from the first one, where are temples of Hera, Hercules, etc.., separated by a road and parking area, where there is souvenir stand and a cafe with traditionally high tourist prices. 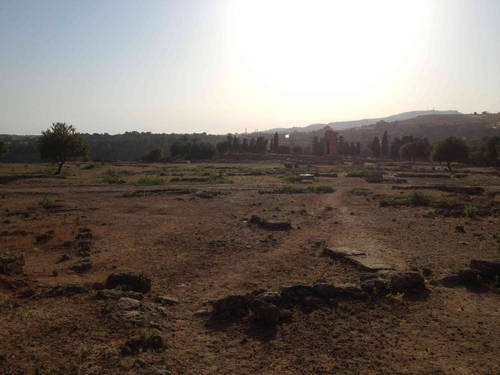