Today, we are going to visit Trapani, a town of sixty thousand on the west of the island of Sicily. If you are in Palermo, it is worthwhile to drive by car as it takes about an hour and a half. If you were traveling to Trapani, which is mere 100 kilometers from Palermo, by train, don't expect to travel any less than 5 hours. 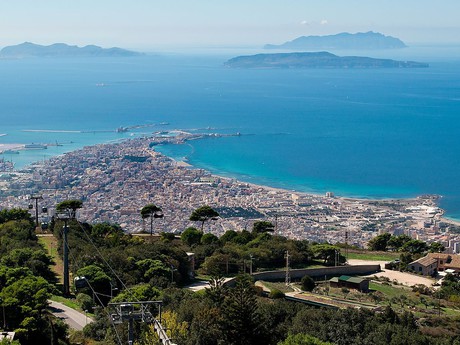 Trapani is a beautiful historic port from which the Carthagense made the base during the first punic war in the middle of the 3rd century BC, but soon it was conquered by the Romans. For centuries after the collapse of the Roman Empire, the city remained at the edge of its importance. It was then under the rule of the Saracens, the Normans, and later the Kingdom of Aragon.

One of the most important sights in the old part of the town, which stretches from Via XX Gennaio to the west, is the Church of San Lorenzo, built in 1421. In the first half of the 17th century, the redevelopment to a three-nave basilica was completed, and in the middle of the 18th century yet other significant architectural interventions for which the architect Giovanni Biagio Amico was responsible, who added the chapel and chapel to the basilica. In addition, Amico has designed many other churches in the city. In 1844 the basilica was consecrated to the cathedral. Inside the cathedral you can see, for example, the statue of Christ by Giacomo Tartaglia or one of the greatest local art treasures – The Crucifixion by the Flemish painter Van Dyk. 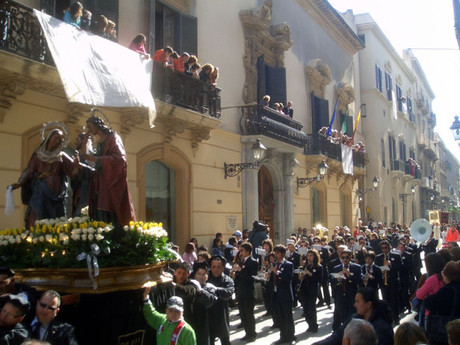 f Trapani itself. The windmills have become iconic, and you must have seen them on some postcards of Sicily. The beginnings of local salt production date back to the 15th century when the Kingdom of Aragonese ruled. Salt fields have become the main source of revenue for centuries. The white piles of salt were covered with roof tiles so the wind did not blow the salt all over the place.

During your walk through the old town of Trapani you will surely be tempted by the sea. So go for it and walk until you reach Piazza Garibaldi and then walk to the harbor. Among other things, you can get to the fish market. South of the harbor can be seen the isle of La Colombaia, where the castle and the octagonal Torre Colombaia tower are located. The castle served as a fortress and later as a prison.

We recommend you to make some spare time and visit Torre di Ligny tower built in the 17th century. Not too large a coastal guard tower is worth seeing for its well-preserved state and because it houses an archaeological museum today.