en.infoglobe.cz » Italy, Sicily: Agrigent - A Glimpse On The Southern Sicily

South Sicilian town of Agrigento, eleventh largest city in country, is the successor of Akragas, an important and very populous city (estimates attributing to 200 thousand of inhabitants) of ancient Greece, from which came such as Empedocles. Today, according to it is named a small town located in the administrative area of ​​Agrigento - Porto Empedocle. 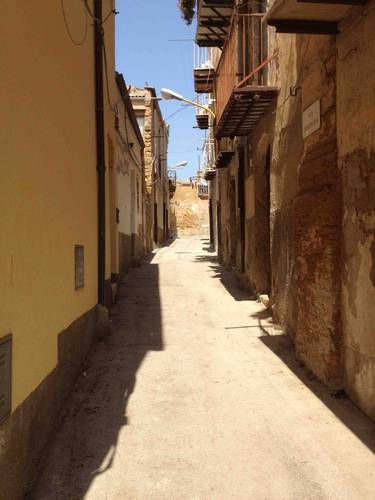 From the former glory that Akragas enjoyed millennia ago, there left almost nothing, except for occasional excavations and especially monumental Valle dei Templi. What is typical for today's Agrigento, are hilly and narrow streets with low houses, on which balconies are often hanging freshly laundered linen from whose windows at passers rolls throat singing or occasionally some of that hassle. Agrigento profile of its streets, among other things Czech people also enrich an idea of ​​how she looked medieval and modern city, where homes were crowded close to each other, there was little space for greenery and amenities like drains were very rare. This fact proves even look at the satellite map of the town, which is at the smashed on foot of Rupe Atenea. 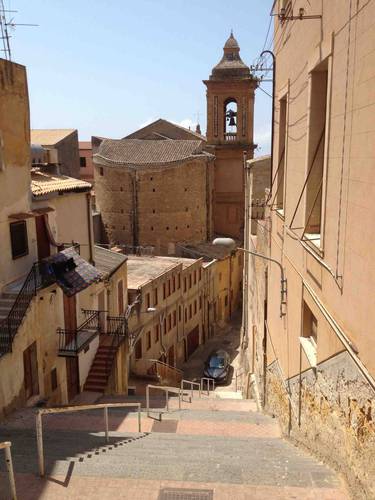 Sometimes claustrophobic feeling while browsing tight historical centre immediately evaporates when you can see from somewhere the landscape below city, which is on the horizon hemmed Mediterranean Sea. At the other end is Tunisia, where after the beginning of the so-called Arab Spring wave of immigrants started coming to seek his fortune in Europe.

The city is due to the presence of many historic landmarks big attraction for tourists. So what can be missed during a visit to Agrigento?

Church is located at the end of the main street Via Atenea lined with an infinite number of boutiques, gift shops and restaurants. Norman building was built in the 11th of century on the site of the ancient Greek temple of 5 century BC. Inside, notice the wooden ceiling and frescoes. 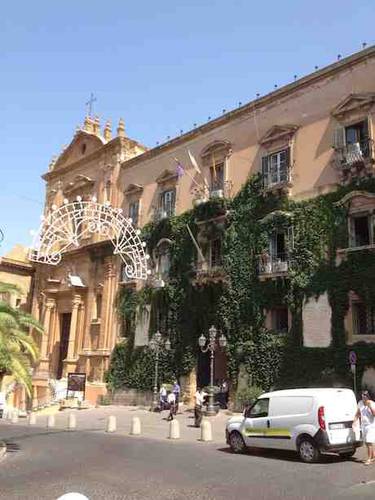 Stunning Catholic monastery complex was built in the 13th century under the patronage of noble Marchisio Prefoglie. Inside there is a garden with a fountain. The local chapel with vaulted ceiling has a square shape, the chapter is then lit by large windows and the ceilings are supported by massive arches. At its core it is the crypt, which was discovered quite recently (1989). It is possible that there her grandson Prefoglie was buried.

The church was built in the 13th century. Its facade is decorated with Norman Gothic style. You can also see the marble decorations, including bas-reliefs of St. Peter and Paul, located above the two massive columns and portal. In addition, you note the marble sarcophagus.

In the beautiful wooden shelves are on the 45 thousand old books and manuscripts. In the main hall you will find a statue of Bishop Lucchesi Palli. Books are arranged to secular texts were on left side and sacral ones on right.