If you happen to be travelling from the Czech Republic across Austria (Innsbruck), turn to Brennero and Bolzano. An alpine freeway (you have to pay about 20 euro to pass it in one direction) goes through there. It is a very narrow freeway which might be very unpleasant for many drivers. Also, roads are narrow even around Italian lakes so caution is advised. Bicyclers are also dangerous and there are many of them. 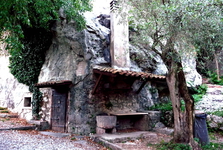 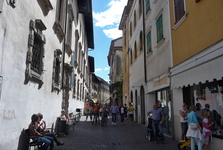 If you travel from the south from Riva del Garda, a city at the northern shore of Lago di Garda, then you have two options both taking about 15 minutes. You meet more boards if you travel north. These boards show the way to Arca. Thus, it is not entirely certain from which side you come. If you follow SP118, head to the center. On the Sarca River bank, right at the start of the old town (opposite to a bridge), there is a huge central car park. It can be a great point of start for you. 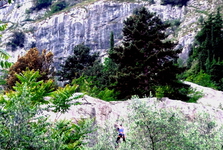 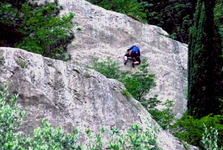 Today, we see a small limestone territory of Massi di Prabi. It is below eastern side of Colodri mountain. It is not exactly a part of this mountain. In its foothills there are rocks in forest called boulders that have designated paths on them. The two largest boulders have ten secured paths. The walls are ten to hirteen meters high. You can find there paths ranging from 5a to 7a. However, most are 6a and 6a+. 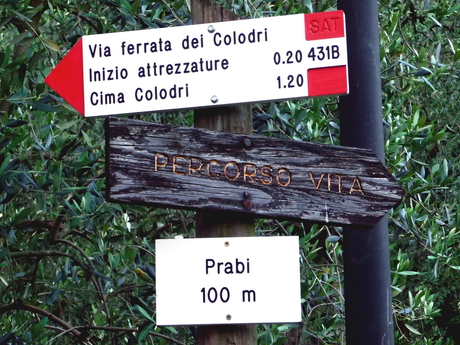 It is easy to get in this area. When you stand with the bridge behind your back and with the historical part of town in front of you and the car park to your right hand, you just move along the car park to the back (Colodri mountain must be at your left side). The path leading to the camp is called Arco. The camp is an important point when searching for the area. Don’t get astray by a camp called Zoo. A road is opposite to the camp. It seems that it is only a garden of local villa. In reality, it is the entrance to the boulders. A board saying Prabi 100 m and a direction board to Via ferrata dei Colodri which is easy to miss.