en.infoglobe.cz » Italy, Dolomites – How I Fell With Them I

I have to admit though I like to travel and I mean a lot I am not a somebody who would take a backpack. I don’t like to climb hills and go on long distances. Even though I am starting to like the latter. What I lack is stamina. The only thing I can do is to work out.

I started joining photo-expeditions. Couple of lenses, a tripod, and other equipment mean a significant weight for me. Therefore, I started to work out. I love to take landscape pictures and take photos of animals. Mountains are beautiful. The higher you are the more impressive the view. 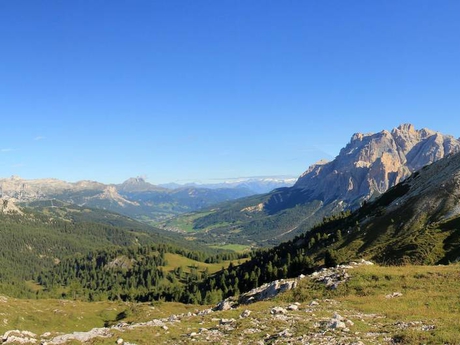 The trip was short, only four days. Yet it was no walk in the park. I didn’t know what to expect. We travelled by bus through the night. Early in the morning, we arrived at the first destination where we would do our fist climb.

Our bus was heading to the central part of the Dolomites, Passo Valparola pass (2 168 m). The Dolimites are a part of the Italian Alps in northern Italy. Coral reefs went through a process of petrification several million years ago on the bottom of the sea. Once the sea level declined, beautiful and majestic white mountains appeared, sometimes called pale. These were absolutely different and unlike other mountains. Only in the 18th century scientists learned why. They consist of limestone with large amount of magnesium. The mountains were named after the geologist Deodat de Dolomieu. 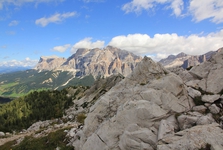 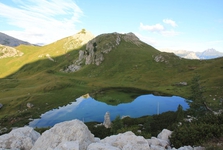 We arrived at the place moments before 8 o’clock. On that day, we were about to see a scenic route around Settsass mountain (2 571 m). If you are fit enough you can climb to the top. The journey should take about 9 hours. You have to wear appropriate clothes, refill water supplies, take walking sticks and set off.

My poor physical performance means that soon I reach my limits. I walked alone for a while. It was unpleasant. I spotted a lonely mountaineer. I felt happy and hurried to him asking if I could join him. He was not a Czech, he didn’t belong to our group on the other hand he is a great guide. I learned about the origins of the name of the pass. Valparola is a Latin translation – the Alpine iron forge. There used to be iron works in the area. Together go through the forest. Sometimes I see local giants like Scotoni. Somewhere there must have been Marmolada (3 343 m). 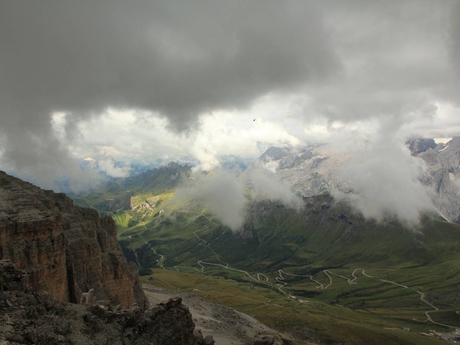 We get on a crossroad. One option is to climb Settsass, a 2571 meters high mountain. The other option is to continue on the marked trail as the rest of my group. We continue climbing. After while, we saw a beautiful view of Fanis Scotoni and the rest Val Badia. The weather is nice and sunny. Below us is a colorful meadow. It just lures you to stop there for a while and enjoy the nature. The fauna is diverse. If you are lucky enough you can spot Alpine rose, edelweiss and many other flowers – poppy, anemone, bellflower, lily, and many other. 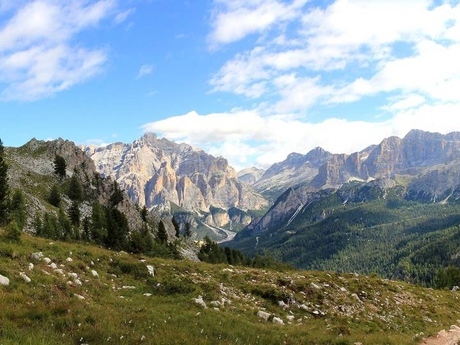 Its time for a break – a lunch and short relax. This is before one unpleasant part of this trek with lots of stones on it. We descend, jump off a rock, and we have to be careful not to get stuck in somewhere. We are sick and tired of all of this. With my last breath, I climb up a small iron ladder. I see the end of the trail. Even a small marmot makes a show off. It comes out its shelter, “Dances” and hides back. It repeats it long enough for me to enjoy its performance to the fullest. 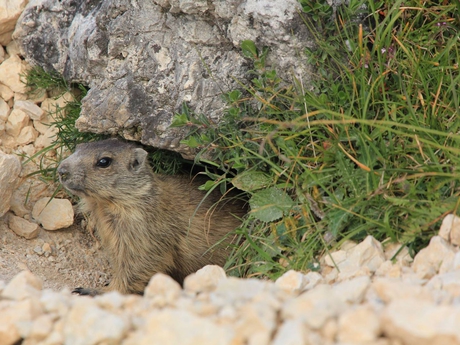 The first day had come to an end. Though beautiful it was pretty tough for me. At this point, I was looking forward to next part of my journey in this land. The next part comes next week.

Val di Fiemme is one of the most popular and most accessible areas in Italian Dolomites. It is id...