Benito Mussolini who came to power in Italy in the 1920s decided to “Italianize” the small German minority. Mussolini forbid every reference to the period of German rule. Moreover, many were resettled in the Third Reich upon an agreement reached with Hitler. 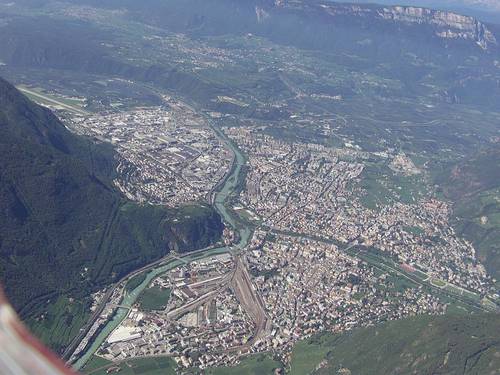 Bolzano, the capital of the region was known as Bozen. Trentino-Alto Adige is extremely mountainous region covered with forest which makes it a natural destination for 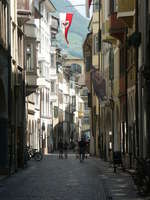 holidaymakers. Bolzano which lays in a picturesque valley is a gateway to the Dolomites. For instance, Piazza Walther is a square with beautiful vista over tree covered slopes that loom high in the sky. No wonder than that thousands of tourists who add to one hundred thousand of Bolzano itself.

Apart from local nature, it is fun to explore the city itself. For centuries Bolzano was a rich trade city. The center is a pedestrian zone that has many Gothic and Romanic structures. Everywhere are bilingual direction boards. Except for German and Italian, the third language is Ladin, a language of Celtic and Romanic roots.

The main is Via Portici. Is pretty narrow lined with arched houses. The arch hide various shops. Good food is to be found on Piazza delle Erbe or Obstmarkt (the Fruit Market). However, you buy more than just fruits on Piazza delle Erbe. There are stalls with all kinds of cheeses, hams, or flowers, alcohol, spices, jams, sweets, or vegetables, or even dried or fresh fruits, of course. The square is vibrant and almost always crowded. 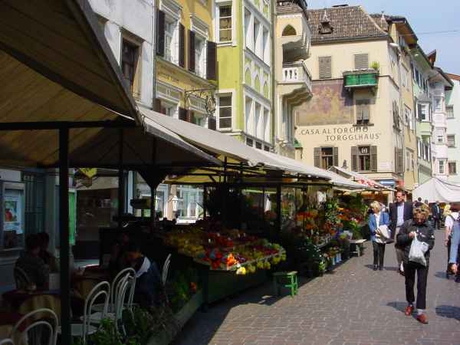 A relict from the Benito Mussolini’s era is the Victory Gate (Monumento alla Vittoria) it commemorates the victory of South Tyrol after the First World War, as Mussolini saw it. The 19-meter long gate replaced another monument that commemorated Austrian-Hungarian soldiers. 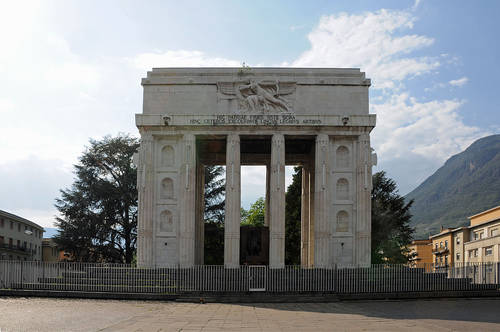 As in other larger cities of Europe Bolzano hides old sights all around. Perhaps the most fascinating attraction is Ötzi, an accidentally discovered mummified body of a man who had lain 5300 years in ice. Ötzi is only his nickname. The man was probably murdered. Today you can see him in the museum of archeology including many of his items like a bear skin cap or his bow with arrows.