en.infoglobe.cz » Italy: Genoa – A Promise of a Romantic Vacation 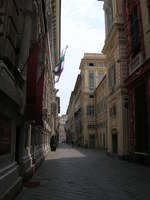 Via Garibaldi is the street you shouldn’t miss. The street was build in the about 16th century and it used to be called Strada Maggiore. Only in the 19th century it got its present name. The street was designed as a place where people from wealthy Genoan families would have their residence. Today, it is a part of the UNESCO world heritage.

As soon as you get to this narrow street you will see a long line of palaces. You will think 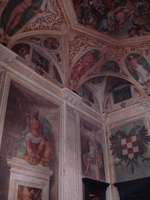 how beautiful colors are in this street. Even in Genoa itself the streets has a quite interesting atmosphere.

Pallavicini Cambiaso is one of the most monumental palaces there. It was built in the 1650s and today it is operates as an administrative building. Another palace is Angelo Giovanni Spinola , a renaissance palace with fascinating frescoes on its façade. Its authors, the Calvo brothers, depicted the Spinola family members

Palazzo Gio Batista Spinola was originally built without outside decorations. It was in the time as the other two. During the 17th and 18Th centuries, the building underwent a significant reconstruction, received another floor. Inside you can see interesting frescoes representing classical Greek myths 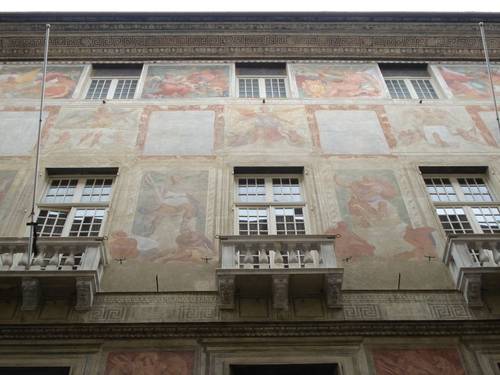 Palazzo Bianco or White Palace is one of the last palaces 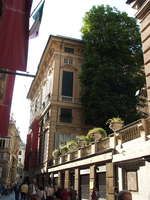 at Via Garibaldi we talk today. The White Palace is interesting for its gallery located inside. It was founded in the 19th century and from the beginning it was opened to the public.

Today, you can see mostly the works of European painters, mostly from the 12th to 17th century. Usually, there are paintings of Genoan, Flemish, French or Spanish painters such as Rubens, Van Dyck, Filippino Lippi, Ludovico Brea and others.

While in Genoa, do not forget to see the beach. Along it runs an impressive boardwalk, Corso Italia, that is 2,5 kilometers long. The boardwalk was build after the First World War and today it is a popular place for people doing some jogging or just people who want to take a walk. Along the boardwalk are private beaches, restaurants, or bars. Everyone would find what he/she likes. The most important thing is to enjoy unique and attractive atmosphere of this place.