One of that cities that have been preserved, from architectonic point of view, since its renaissance period is Mantova that is also in UNESCO’s world heritage site list. 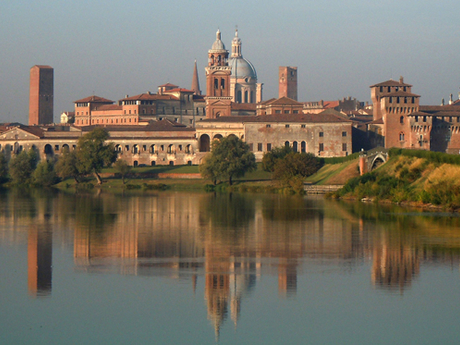 The history of the city goes down deep to the era of the Etruscans. Then the settlement was located on a small island in a marshland. Three vast lakes on the Mincio river which make boarders of the city from the north and add to its view were finished in the 17th century. It was when marshes were drained of water and water streams were regulated. In 70 BC, famous Roman-era poet Virgil was born here. His works became popular again during renaissance. The poet was respected by Mantovanians. His large statue decorates a large park in the town. 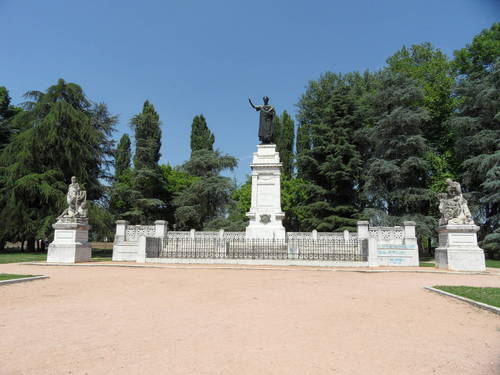 The religious importance of Mantova was large. Since the 9Th century Mantova has been residence of bishopric. Today, the oldest church in the town is San Lorenzo rotund which was built in the 11th century. It is a copy of the Holy Sepulchre in Jerusalem. A very precious relic, the blood of Christ, had been held in here. You can climb to a double gallery after paying a fee and admire what remained of Byzantine frescoes. From the outside, you can notice a difference in terrain height, there a later built town hall with astronomical clock stands. 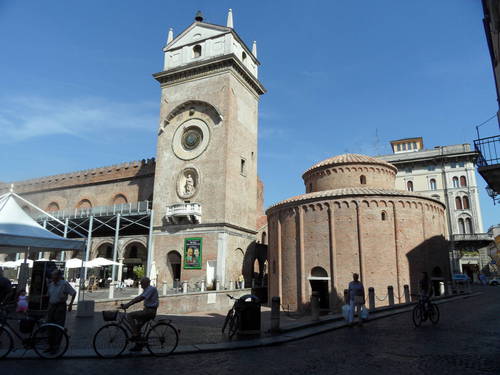 Mantova’s golden age began in the first half of the 14th century and lasted for three hundred years. In this time, Gonzaga dynasty owned the city. The Gonzagas were prosperous family, expanded their palaces, paved and expanded streets, called architects and artists from Florence, or were involved in science and politics. Culture flourished in the town. Towards the end of the 16th century, 40 thousand people lived in Mantova as many as today. Such architects like Leon Battista Alberti and Luca Fancelli, artists like Donatello, Peter Paul Rubnes or painters like Andrea Mantega all of them left their trace here. The latter being buried in Sant'Andrea church. 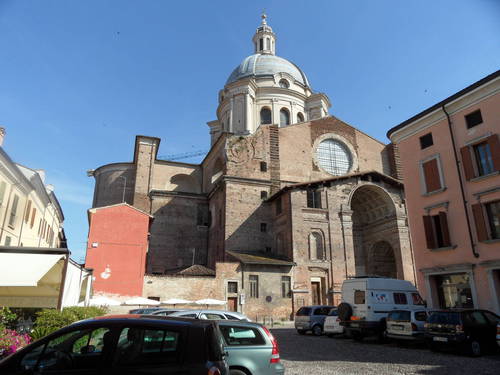 Impressive structure of impenetrable St George castle (Castello di San Giorgio) is hard to miss. It has huge prism towers and is surrounded with water moat. The Gonzagas expanded the castle and built there Palazzo Ducale, a vast structure with many courtyards. Today it is a museum that holds precious art works. 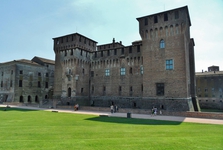 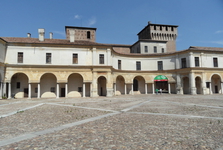 After the Gonzaga family died out, art collection was looted by enemy invaders. Still, however, you can admire number of tapestries, statues, paintings, historical furniture and fantastic palaces – empress’ chambers, halls and courtyards. In the town’s south part, there is Palazzo Te which is a great example of transformation of renaissance to mannerism. 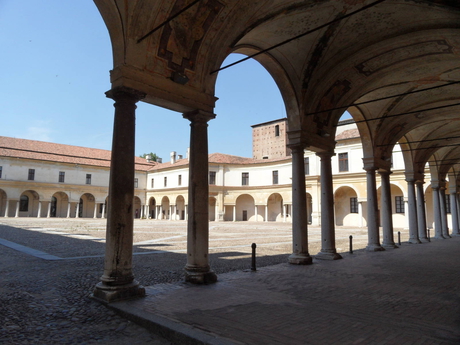 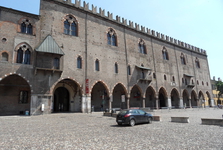 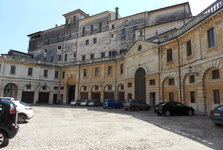 Among coutles churches in Mantova the best one is St Peter’s dome in Piazza Sordello. The 18th century structure stands on Gothic foundation the façade being made of Carrar marble. Inside your eyes will gaze at rich deciration of the main nave and adjacent streets, cassette ceiling, and the altar. The boy of city’s patron Sant'Anselmo da Baggio is buried under the church.

Some plots of great literary works take place in Mantova. For instance, Romea who flees in here from Verona 35 kilometers away to get away from the Kapulet wrath. Or Duke of Mantova who is the main character in Verdi’s Rigoletto. There is a small memorial to the opera in the small museum of Rigoletto the Fool. 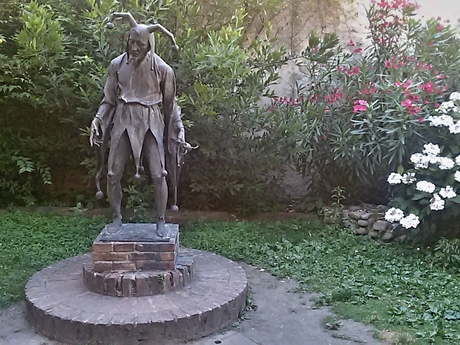 Mantova is the right book for historian and architects as well as it is a vibrant and authentic city with atmosphere. There are no crowds to push through like in Verona when you go under the balcony of Julia. Here you can walk in city nooks all alone. Or just go along vast lakes. There are entire water lily islands from June to September.