The city of Siena is situated on the hills south of Florence. Both cities often competed  for wealth and fame. Siena started to flourish in the 12th century and peaked in the 13th and 14th centuries. Its art scene was equal to the one in Florence.

We recommend you to start off the tour in the city at its largest of landmarks – the Assumption of the Virgin Mary cathedral (Santa Maria Assunta), a three-aisle church completed in the mid-13th century. It is considered one of the most important examples of Gothic-style in Italy. No wodner then that this sight is protected by UNESCO. Giovanni Pisano was responsible for its facade and many statues adorning it. The exterior of the church consists of dark and light marble creating an interesting contrast on the church itself as well as to the surrounding buildings made of red brick. 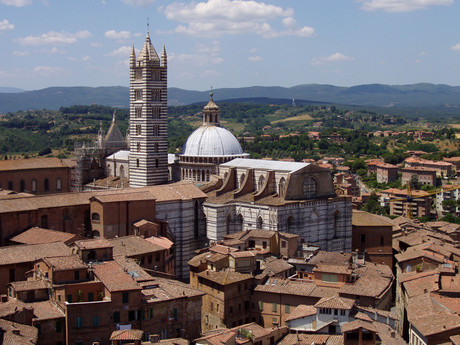 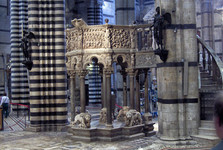 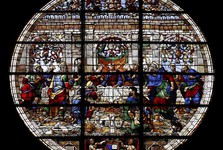 Once we are done at the cathedral, we move to Piazza del Campo which makes the heart of Siena's Old Town. The square is lined with palaces and Palazzo Pubblico (town

hall). At the upper side of the sloping square is the Fonte Gaia, a 15th century fountain. Its original marble reliefs are situated in the Museo Civico.

The Siena town hall is easily recognizable. It was built in the Gothic style between the 13th and 14th centuries. The facade is made of travertine and bricks. The IHS letters, Christ's monogram, is situated on the battlements. On the first floor, there is the coat of arms of the Medici, the Grand Dukes of Tuscany who ruled Siena in the 16th century. 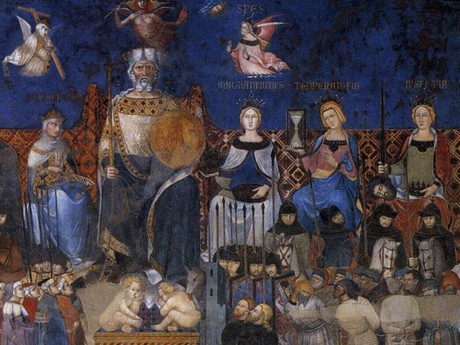 The interior of the town hall is in great condition, this especially applies to frescoes giving a unique opportunity to have a glimpse of the life of Sienese burghers in the 14th and 15th centuries. Sala della Pace features frescoes made by Ambrogio Lorenzetti called the Good and Bad government. The allegory of a good government depicts Justice personified as a women gesturing at scales held by Wisdom. At Justice's feet there is Virtue. The main character of the frescoe is the Judge surrouded by other personifications of a good government.

Sala del Mappamondo features Maesta, a massive frescoe by Simone Martini 7,6m in length with 9,7 meters in width. A chapel neighbors Sala del Mappamondo. Museo Civico, which we mention above, is situated on the upper floor. It displays Renaissance and Baroque silversmithery, drawings, paintings, and other documents related to city's history.