To be concrete its Ravenna Music Festival. It takes place every May and June for over quarter a century. Here you may listen to classical music, jazz, and world music.

Also, you should pay attention to Sant’Apollinare Nuovo basilica, one of eight UNESCO sights in Ravenna. The basilica was founded in the 6th century by Ostrogoth King Theodoric the Great. The entrance adorned by marble portico which originates in the 16th century. A cylindrical belfry was built in 9th or 10th century. The church is unique for its combination of western and eastern influences of the 5th and 6th centuries. Inside are beautiful mosaics and even what might be first depiction of Satan in western art tradition. The cost of admission is shy 10 euro. 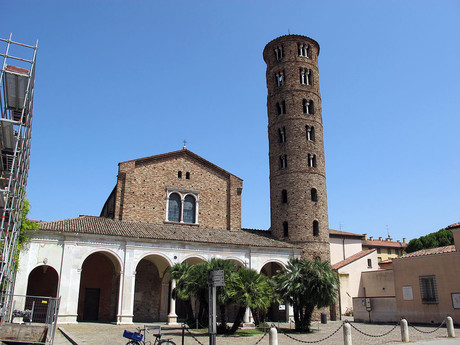 Sant’Apollinare Nuovo basilica was formerly an Arian church. Arianism was a Christological concept claiming that Jesus Christ and Holy Ghost were beings subordinate to God. However, The council of Nikkai declared Arianism a heretic movement. However, Germanic tribes did adhered to Arian teachings for couple of centuries. Ravenna features also an Arian baptistery. Inside the octogonal building build also by Theodorich the Great, features remains of 6th century mosaics depicting the baptism of Jesus Christ, twelve apostles, and the throne with a cross. 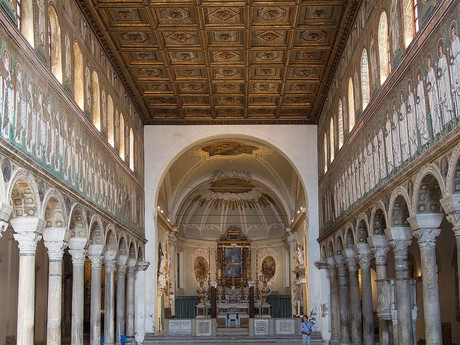 Sant’Apollinare basilica in Classe was built in the 6th century. Classe is an ancient port 6 kilometers from Ravenna. The church stands on elevated terrain and features mosaics from the end of the 6th century. Church aisles feature marble 5th and 8th  sarcophagi containing the remains of former archbishops. 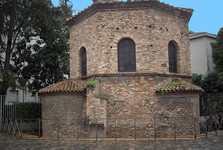 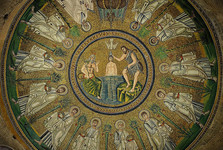 Should you want to get some rest from all the mosaics, and landmarks we introduced you to in this and the last article, go out of the city. The Terme Beach Resort is situated 15 kilometers off Ravenna. It is a modern, slick wooden structure ideal for a day of relax.