Campo Santo cemetery also known as Camposanto Monumentale was build around  shiploads of earth from Golgotha which was brought here by Archbishop Ubald during the Fourth Crusade. Thus, Pisa's citizens could be burried in holy soil. 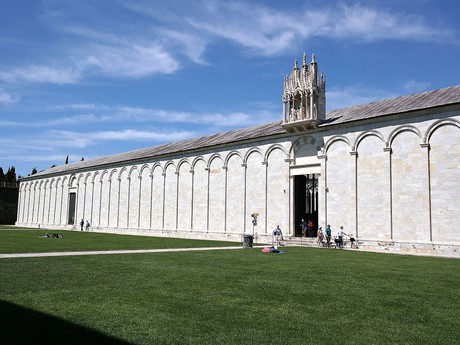 The construction of Campo Santo started in the mid-13th century. The compound resembles an ambitus. The floor of the cloister is made of graves of Pisan noblemen. Walls were covered with 14th and 15th century frescoes but a fire caused by bomb shelling in the WWII melted the lead roof and badly damaged the frescoes. 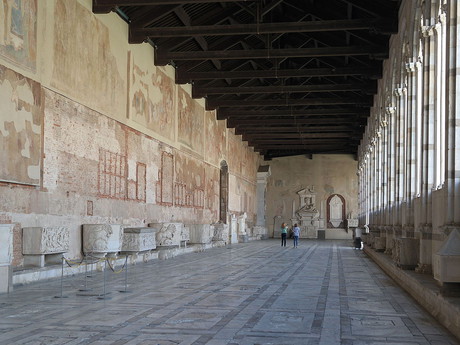 Museo dell'Opera del Duomo is another sight situated close to Campo Santo. It has been considered one of the best museums in Italy. The museum holds invaluable items, among them amazing works of silversmiths, rich embroideries, tombs, statues, and paintings. Originaly decorating some of the buildings of the Campo dei Miracoli complex, many statues were brought inside the museum to be preserved for the future generations. 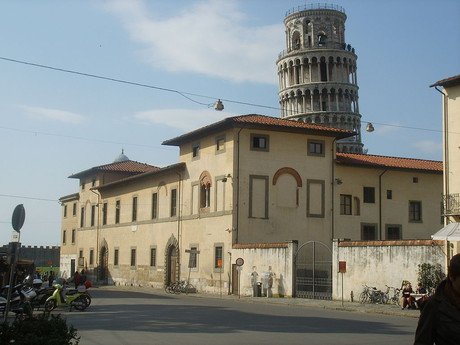 In ten minutes of walk you can get from Campo dei Miracoli to Piazza dei Cavalieri. Palazzo dei Cavailieri, is a palace situated on this square, constructed in the late 16th century by expanding its predecessor, Palazzo degli Anziani. Once the expansion was completed, the Order of St. Stephen were housed in the palace. Its facade is decorated with sgraffiti, coats of arms, and busts of Medici Grand Dukes. The entrance's grandiosity is emphasized by a double staircase. In the early 19th century, Emperor Napoleon founded . Scuola Normale Superiore di Pisa, an elite school of higher education which has operated here ever since. 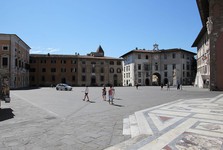 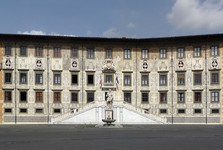 Be sure to take a look at San Stefano church, also located on the square. Giorgio Vasari, the man who designed the church, was also one of the founders of the history of art. The church was constructed throughout the 17th century with a break lasting severak years. Notice two side wings. These originally were used by the Order of St. Stephen's knights as changing rooms where they put on their ceremonial robes for services. The casette ceiling inside contains many paintings depicting the history of the order. On the walls are flags captured during Pisa's war with the Turks. 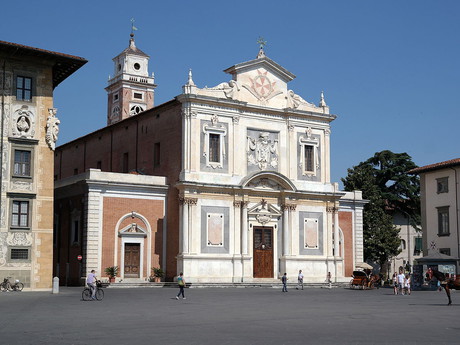