en.infoglobe.cz » Italy, Torcello – An Island in the Venetian Lagoon

Torcello island is situated in the norheastern area of the Venetian Lagoon. You can reach it in about hour of steamboat ride, a local means of mass transit (the so called vaporetto). The stop is about in the middle of the west coastline. There runs a beautiful brick sidewalk which follows the canal. 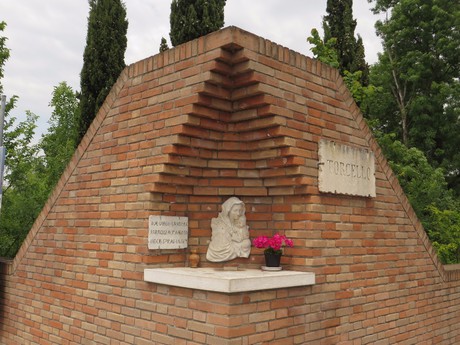 Most certainly, you will relax on Torcello and leave busy and noisy Venice behind you. The island is green a nice change when coming from a city center crowded only with buildings. Majority of the island is covered by a nature reserve (only about 20 people live on the island). Once it was completely different story though. Many people lived there and it was the first inhabited place in the lagoon. First settlements were built around the 5th century. People fled here from the Huns pillaging the area. About 10 thousand people lived here in the 10th century. Torcello was very important political and trade center. However, the living conditions had been changing on the island and around. Water was more shallow which meant complications for trade. Also there were marshlands which caused that the island was struck by malaria. This forced people to leave leading to almost complete abandonment of the island. Pitifully history indeed... 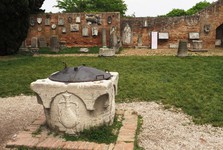 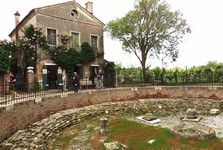 The island is now well-known for historic buildings which have been preserved since its golden age. These are situated in the northeast. By following a brick sidewalk from a vaporetto stop to the end of the sidewalk you can reach thse sights. The sidewalk also goes by restaurants and a playground. On your right, there is the Devil's Bridge, a beautiful bridge crossing a canal. The historic area of the island several minutes walk away. 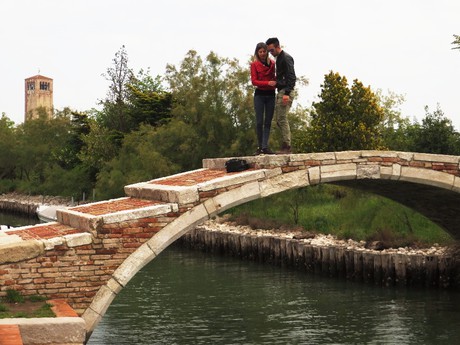 Santa Maria Assunta basilica was built here in the 7th century. It is the dominating sight of the entire compound. It was the very first basilica in Venice. In the 11th century it was rebuilt and a belfry was added. It is opened to the public. Up from the tower you can enjoy the ivsta over historic buildings around as well as major portion of the island. Byzantine mosaics consists of major decoration of the interior. Such mosaics are very rare in Venetia. The mosaic of the Virgin Mary is beyond doubt the most beautiful mosaic together with the Last Judgement. However, there are larger mosaics sitauted inside St Marco's basilica in downtown Venice. However, you would barely have some peace to thoroughly enjoy the latter one for you would be surrounded by large crowds as curious as you are. It costs 5 euro to enter the basilica. Yet it depends which sectiosn you want to visit, the entrance to the belfry is paid extra. 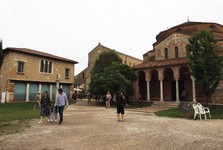 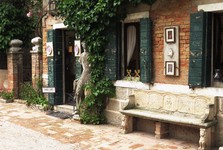 Santa Fosca is an 11th century Byzantine church sitauted adjacent to the basilica. It features quiant column portal. Outside along its wall, there are archeological discoveries on display. moreover, there is a small museum situated inside the compound with the entrance fee of mere 3 euro. Here, you can learn a lot about the history of the island. There is an antiquity exposition on the cortyard. The throne of Attila is another popular sight among tourists. It was the seat of the famous Hunnic warlord Attila. Neighboring the cathedral is a vineyard lined by statues and roses. This historic area is very pleasant and has idyllic feel to it. 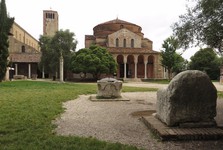 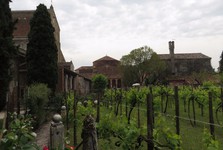 Boats depart from Torcella every half an hour. If you don't intend to stop to visit a museum and all the sights, one hour is sufficient time to spend there.