en.infoglobe.cz » Vietnam, Da Nang – A Trip to the Marble Mountains 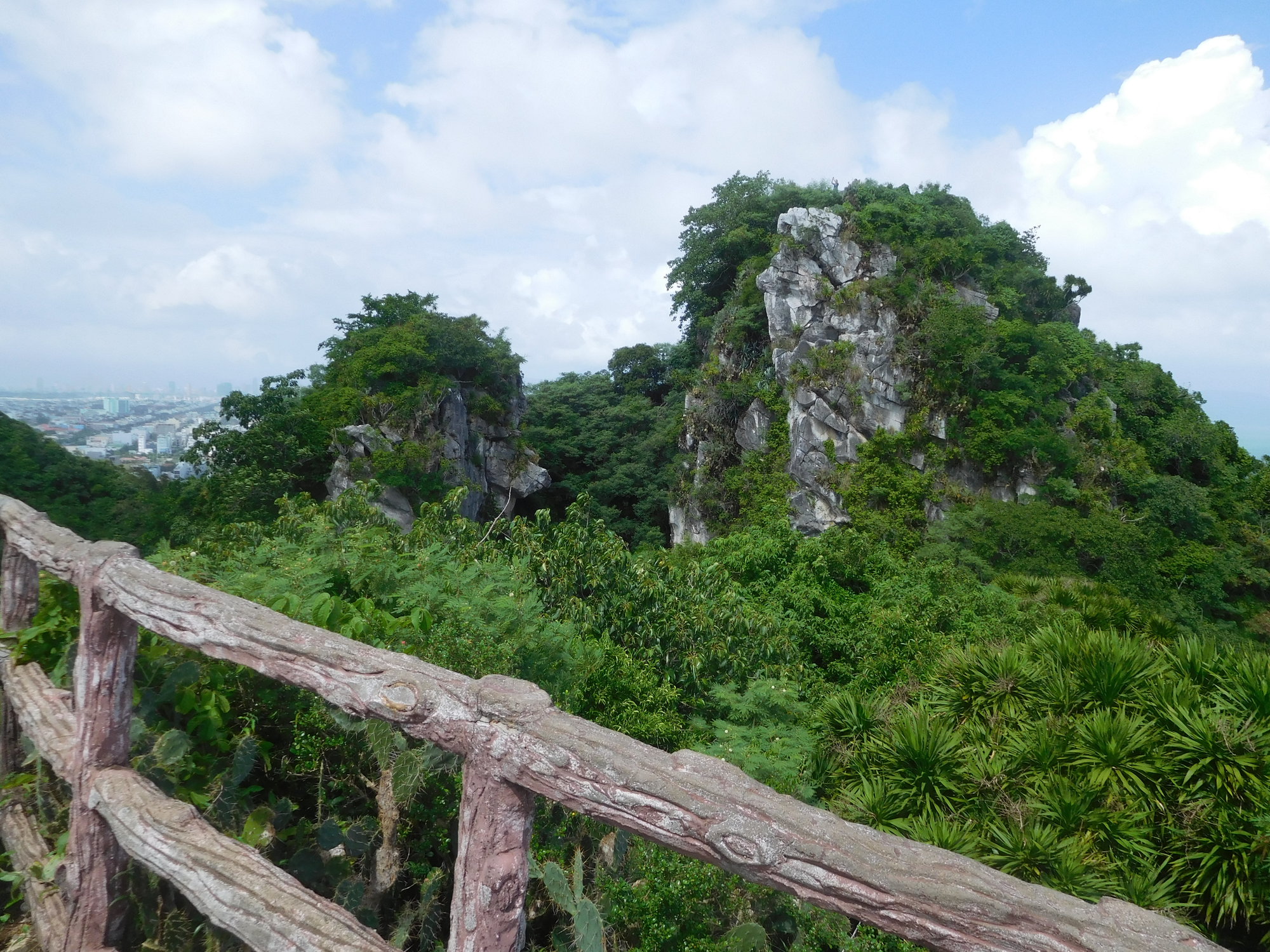 These are just between the towns of Hoi An and Da Nang (approximately eight kilometers away) and are the southernmost marble formation in Vietnam. It is named after five elements according to the local tradition: Kim Son (metal), Thuy Son (water), Son Son (wood), Hoa Son (fire) and Tho Son (earth). Everywhere around the mountains there are plenty of shops with a variety of sculptures (animals, Buddhas, ornamental columns, fountains, etc.) just made of marble, some of which are truly enormous in size. However, most of them are no longer made of marble from these mountains because mining has already been banned. The marble was partly used to construct the huge mausoleum of the famous Vietnamese President Ho Chi Minh, which you can visit in Hanoi. 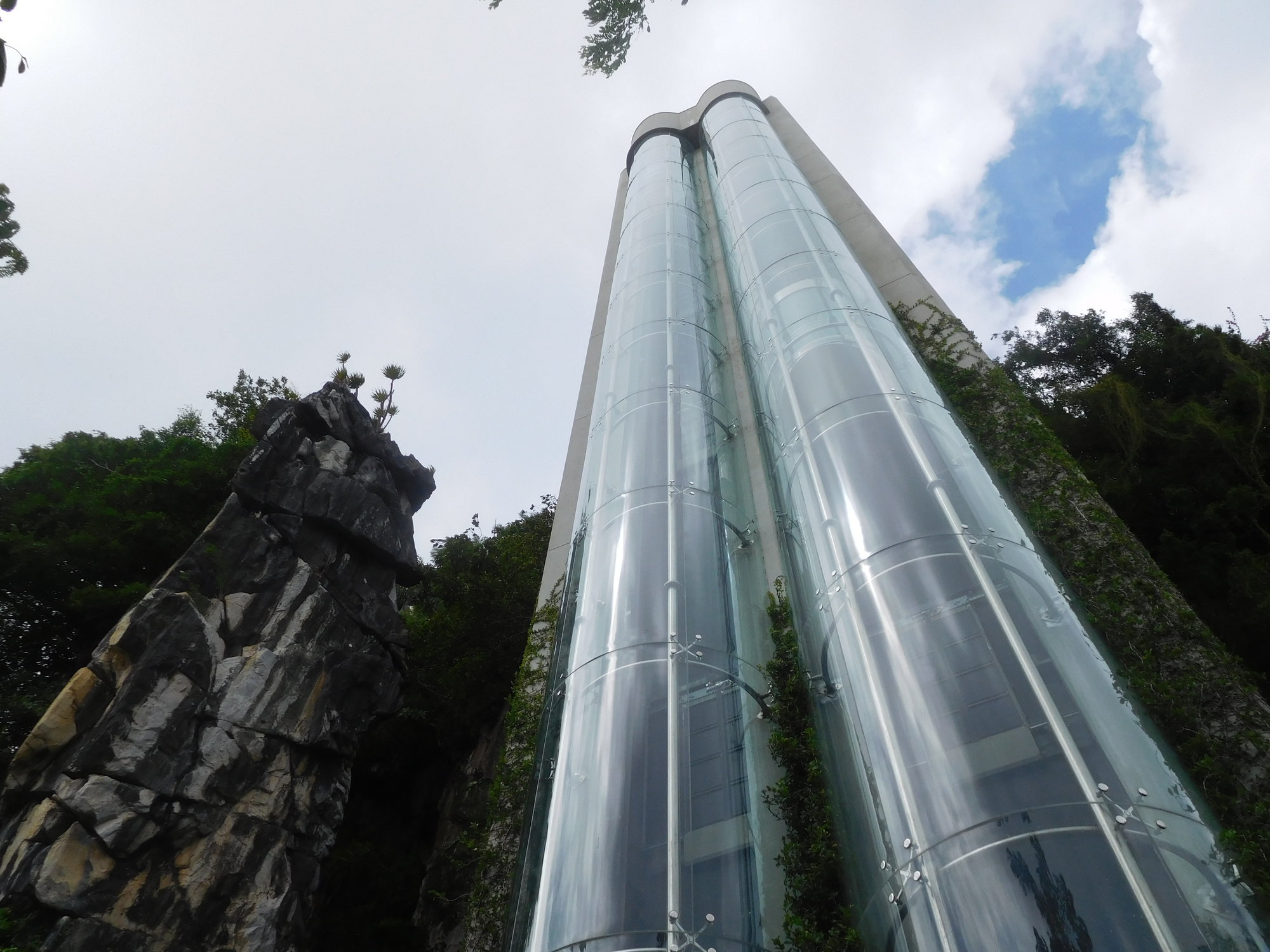 We aim specifically at Thuy Son and our cab driver brings us to a huge lift. As we stretch huge trenches, the elevator leading to one of the first pagods is definitely welcomed. Moreover, there are only a few dongs. Maybe the mountain loses its spell, but it is more accessible to more people. However, no one will escape from the stairs. Well-marked paths go to different pagodas, sightseeing or crawling through a narrow cave. Of course, it is not necessary to walk the stairs to all of the sightseeing places, but it would certainly be a shame at least not to attend. It gives you a unique view of the surrounding area over all the other marble mountains. The mountain is mostly forested and there are other magnificent pagodas and temples and many Buddhist and Hindu sculptures, but we also admire unusual vegetation - a lot of banana trees, interesting blooming palms and much more. 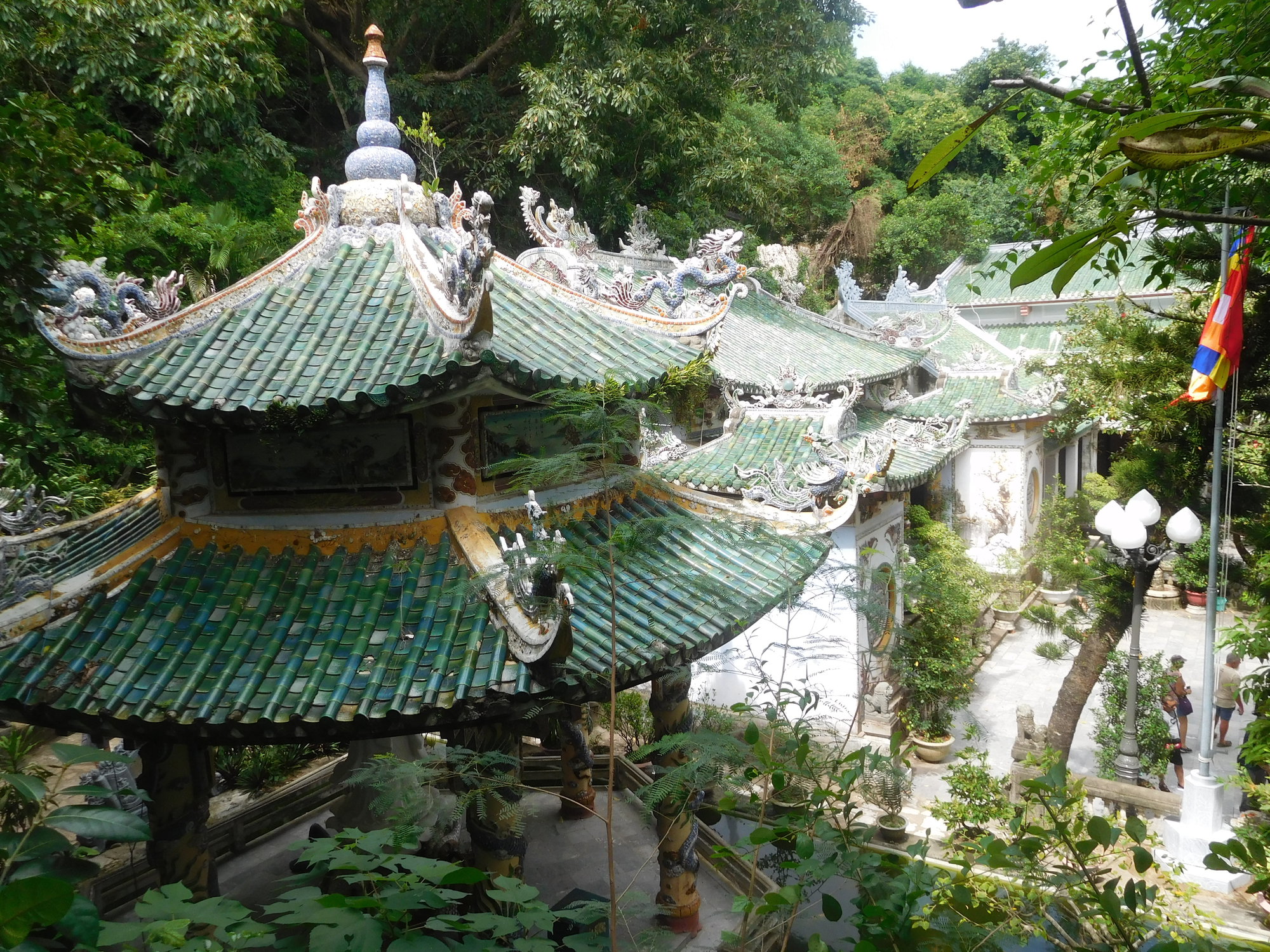 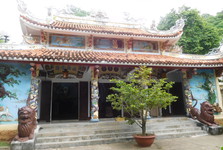 The mountains are dotted by a large number of caves, some of which are really huge. We visit Huyen Khong Cave (Huyen Khong Cave). Here, it beautifully breaks the streak

of daylight and creates the amazing atmosphere of the whole space. The cave is dominated by a Buddha statue, and there is the Temple of Trang Nghi Tu, and another section for the worship of deities with various sculptures. During the French colonial war, the cave was a secret base for local revolutionaries. It was then rebuilt to a military training center. In 1968, Viet Minh took control of the cave and changed it to a surgical and medical station of the Liberation Army.

If you plan to visit Hoi An o rDa Nang in Vietnam, make sure to make a trip to the Marble Mills. Even with our heavy luggage we enjoyed it very much.

Vietnam – Visiting Bai Dinh and a Cruise in the Trang An

Published: 2.3.2019
Today we are about to enjoy our last amazing trip in Vietnam, we originally intended to visit the Ba Vi National Park, but for time constraints we had to change our program because we need to reserve at least two days for this park. So we had a hotel counseling and planned a trip to a place that was not even mentioned in our book guide, although it is very popular for tourists (even for local people). Today, we go to visit the largest Vietnamese pagoda Bai Dinh and then explore the beautiful complex Trang An.