I have stumbled upon Abtenau earlier, lured by Alpine massives, wild gorges, icy caves. Well, simply everything to see around Salzburgu.

Our trip would be during a long weekend. We had to quickly decide what we want to see. It is about 400 kilometers from Prague to Abtenau. First day we just stopped in Fischendorf and Altaussee. Near the latter is a lake of the same name. Wonderful dark green water surface of the lake that is itself surrounded with the mountains and meadows simply lures you in to relax. Quiet place of rest, only when you take a swim you could find water (which is clear) temperature far from ideal. However, it is really refreshing after travels. 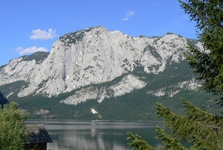 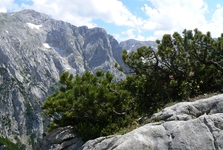 Upon arrival in the guest house, we prepare everything needed for our trip to the Eagle’s Nest on the following day.

In the morning we were woken up by sun. Mid-July seems as the best time to visit the place. In a car, we set off to Berchtesgaden which is about 60 kilometers away. Near, the true destination of our trip is located – Kehlsteinhaus also known as the Eagle’s Nest. 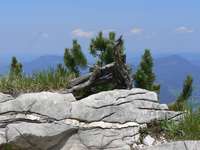 The structure itself is set at 1835 meters. It is in really nice locality. Martin Bormann was the author of the whole project. He made it a gift to the 50th birthday of Adolf Hitler, a leader of Nazi Germany. The best of the best took part in the construction of the Eagle’s Nest, and construction materials from all around Germany was used. The price was enormous, almost 30 million Reich marks (about 3 billion Czech crowns). 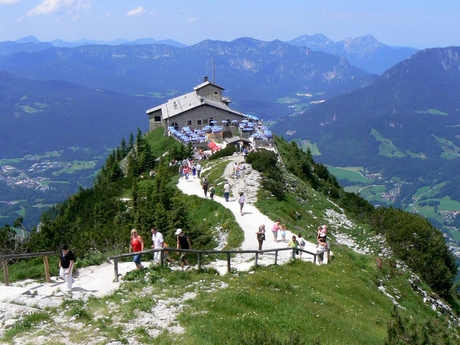 Construction of the „golden elevator“ built inside the rock must have been really expensive. A mountain road Kehlsteinstrasse gets you to the elevator. 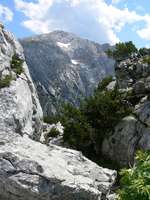 Experts see it as a timeless building. It is one of the most interesting and most outstanding roads in the world. From the car park, a bus takes you along 6.5-kilometer road to the tunnel inside the rock. From there you continue up to the Eagle’s Nest.

The building was a refuge for Hitler. He had used also Berghof, a residence nearby. Actually, Hitler visited the place only about ten times. He was afraid of the heights and didn’t like Kehlsteinhaus much. The thing that the Eagle’s Nest was built on order of the Nazi party would deter people, you would think. However, this is not perceived as a symbol of national socialism, instead people see it as an interesting building set in amazing landscape.

I recommend you to visit the Eagle’s Nest on a sunny day. If not, it is possible you wont see anything due to fog. We were lucky to enjoy amazing vistas of the sunlit surrounding. We spent about two hours walking on the ridge enjoying the mountains and then we returned to the car park. 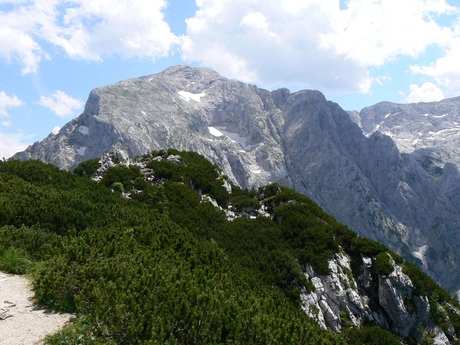 Published: 1.11.2015
In case you are looking for a more complex ferrate then visit Drachenwand in the Austrian Alps. To get grandiose look over Mondsee and Dachstein you need to be physically fit, have inner strength and experience. Thanks to this you will enjoy your climb up the Dragon Wall (Drachenwand) and also the view of the Alps.

Published: 13.10.2016
Autumn is already there in Lower Austria. The autumn is linked with wine. There are over 100 Lower Austrian towns preparing celebrations.

Austria: The Hohe Tauern National Park and the Town of Kaprun

Published: 8.10.2017
The Hohe Tauern national park belongs to the most popular areas in the Austrian Alps. Nature here is nothing but magical. Sharp peaks of two or three thousand meter high rocky giants, alpine lakes, wild nature, vast glacier fields and more. The Hohe Tauern are also popular for mountain hikers and for its numerous winter resorts.

Published: 8.7.2019
Austria is an increasingly popular destination with us, we can go on a trip to the lakes and the mountains, all by car and the road does not take us more than a few hours. Moreover, it is a neighboring countrys. It is a pity when people avoid trips around the corner and prefer more exotic destinations.