Needless to say, it's really nice. In this we were but this time we will take you to a place that is not only pleasant but also useful – to the hydroelectric power station Poděbrady.

This building, decorated with several towers, but they obviously have their function, a "starred" in the film from 1934 - The heroic captain Korkorán with Vlasta Burian. Even then the Elbe river in Poděbrady was used for swimming. On the right bank were even jumps and all that on hot days the people and especially the spa guests ensured comfort.

Vlasta Burian and his film story

Today everything is different. In places where the swimming pool used to be and where Vlasta Burian, in the role of the fey pedant on time and "top sun man" in white bikini on braces courted one girl from spa, stands, just farther from shore, golf course. Shooting range, in the same place, stopped to fill its purpose about twenty years ago. Now there you will find a pub nostalgically named "The shooting" a few hundred meters downstream on the river rather than on the shore, too Poděbrady hydroelectric power. 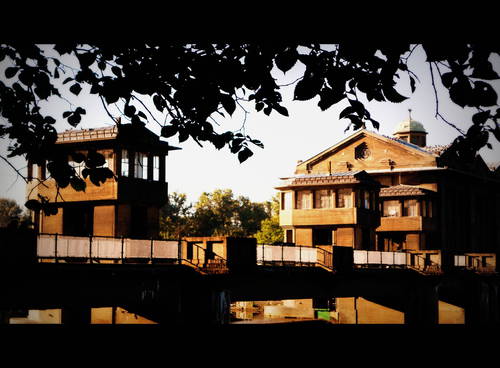 Stop for tugs, green for entertainment

Not so long ago, the tugs passed through the city. To the happiness of all residents of the city, but the indignation of shipowners, already so many years is not. On this section of the Elbe are green all small craft - boats, small yachts, etc. There work the smaller docks and also new pubs, stuck on the shore.

As well due to shipping - respectively make it better and also cheaper Poděbrady hydroelectric power station, even with a movable weir, on the Elbe was built. Synergy then both should protect the city from frequent floods fairly. The entire carousel around Poděbrady hydropower construction took off in 1906 in Vienna, Austria, where he resided Directorate of Waterways. The scouts were sent Zimmler engineer, who was in the shadow of the castle Poděbrady born in the head project, which started to be implemented eight years later. In 1916 he finished movable weir, water power, then three years later. The lot is both mechanisms slid in 1919. Thanks so, could be finished in 1924 also floodgate. 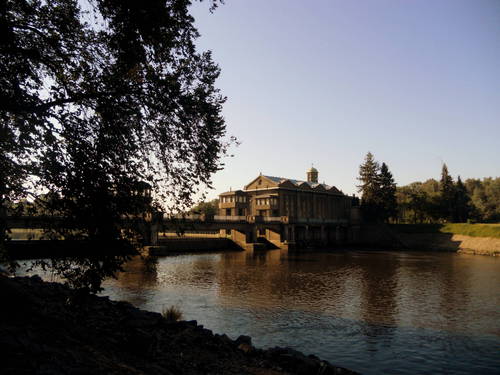 The form of work was credited by architect Antonín Engel, Poděbrady native, who became famous due to design of Podolí waterworks in Prague, Rudolfinum rebuilding, or successfully implemented the proposal Dejvice - Victory Square, known as "Kulaťák" several buildings CVUT or army building of the General Staff.

Prior art architects who are able to combine beauty with functionality, you need to take off. Poděbrady hydroelectric power actually succeeded. Besides the above mentioned features works well as a link to the local swimming pool "lake", and for many, a very pleasant stop with a perfect view of both sides of the river, especially on Podebrady castle, dominating the whole city. 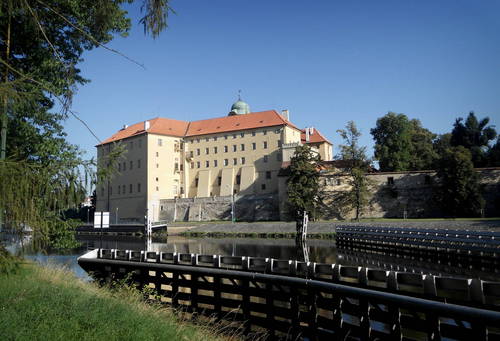 A little bit "different" view of the castle offers last open town island. The idea of councilors to open years forbidden "district" was brilliant. Its corner in the form of natural fitness centre there seniors have. In perfect peace and perfect view of the river and a hydroelectric power there can gently tease your body. Children but also many adults fall in love again with the animals from the mini farm. Two sheep and goats, lo and behold, they can work wonders. If over time there grew up a pub - just great.