Despite working day, the square is quiet. The people are sitting in front of caffees or restaurants. Young girl, selling ice-cream, is looking at her watches. The sky is cloudy, so she is feeling. Anyway, most of young people are looking for entertainment in Poděbrady. „It is a fine place here, as in any small town!“ tells me young boy, sitting below high Plague Column. Nymburk is presented here with country flag as well as with a flag, illustrating town´s escutcheon. 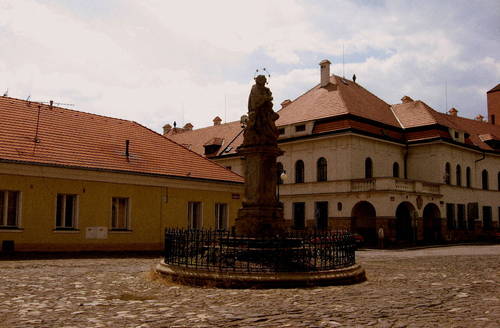 Never mind, even quiet way of life in Nymburk has its dramatical moments!

Close to the bridge, destinated for vehicles only, a foot-bridge is situated, similar to those one in Prague quarter of Troja. Who knows it, he is well-informed that this bridge could be easily swinged by means of repeated jumps. So, this foot-bridge in Nymburk has its same magic. At its start, you can see a sign-post „Cyclists, settle down your bike!“. Everybody has his bicycle in the town. However, hardly anybody would respect such inscription. An older woman who is going for shopping to the city centre, has the respect for this. „Short time ago, a woman, with non-braking bicycle, detained with her bag the balustrade, fell down and finished downstairs at the river, and later, in the hospital!“, this old lady describes this „Nymburk drama“, leading obediently her old bicycle ahead. 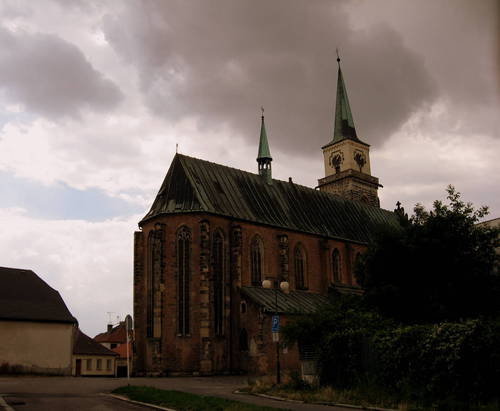 Everybody, who would expect gray or boring town, would be mistaken. A couple of steps along Labe-river would be sufficient and it is obvious that Nymburk´s history is wealthy, looked after very perfectly. As a town´s dominante, these are brick-built fortifications (or its rests, better to say) and Main church. The church is placed in a square, not far from Court building. Even two waterworks towers are worth to visit (Waterwork in Renaissance style and so called Turkish Tower), or garden town, which became a model for later Baťa town in Zlín. 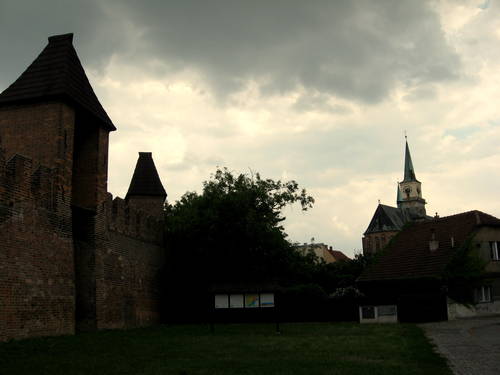 A glass of beer for three crowns - and Nymburk is full!

This place is smelling from malt, and is busy every day - this is Nymburk Brewery. The building is situated in Prague Street, at the edge of town´s industrial quarter. A table, full of chalk descriptions allures everybody, who would be willing to pay for glass of beer three crowns only. So, company shop is always overcrowded. Mainly older generation reserved their time for beer drinking. It is necessary to mention that most of clients arrived there on bikes, in order to taste Postřižiny Beer. The beer in Nymburk is being prepared since 1895. 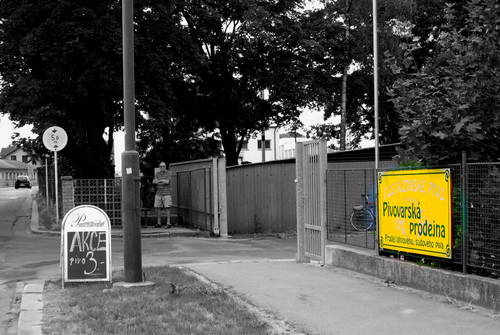 The beer, local brewery as well as a nature of Nymburk inhabitants became a destiny for writer Bohumil Hrabal. He visited there elementary as well as grammar school. In local newspaper, „Nymburské listy“ he issued his first poet works. And finally, Nymburk and its environs are the secnes of his works, such as „Městečko, kde se zastavil čas“ (Small town, where the time was stopped), „Slavnosti sněženek“ (Snowdrop Festival), or Postřižiny. On the other hand, the writer´s life and work would lead you so called „Hrabal Path“, starting directly from brewery gate up to near community of Kersko, forest small town, where Hrabal lived and worked.

The bicycle: means of transport for local people, an entertainment for tourists

In-line skating and cycling route, leading from Nymburk up to Poděbrady or further to Libice nad Cidlinou, is more and more popular. The path is situated along both banks of Labe-river and its width is really ideal. „I like in-line skating very much, so, it is better here, as in Prague!“, young boy says, decided to go up to Poděbrady. In opposite way, you can arrive, following river stream, to Lysá nad Labem. Nevertheless, the paths are of nature character, leading partially across fields. On the other hand, the cycling route in direction from Nymburk to Prague, it would be mentioned with exaggeration only. Anyway, it is a challenge for all advanturers! 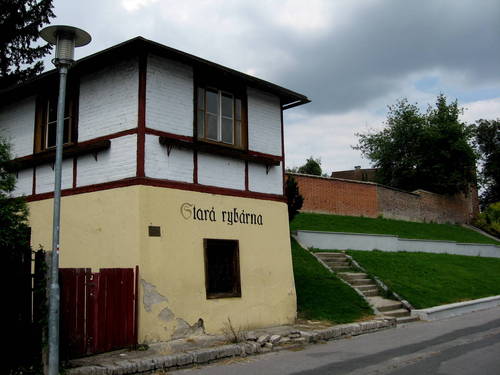 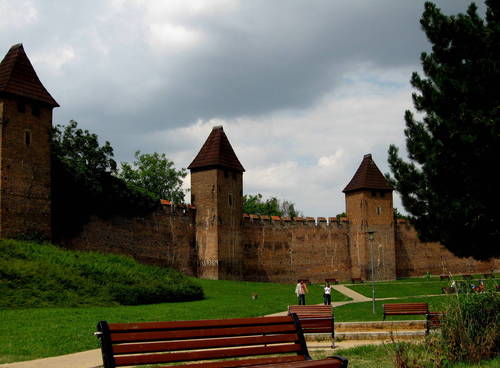 Published: 30.3.2010
Libice is a small village guarding till now the traces of past history. No palaces, castles or chateaux availabel, you can see the basements of palace and church only, coming from 10th century.

Published: 7.12.2012
In recent years has been growing a popularity of relax weekends. After a hard workweek it is good to spend a nice weekend at some hotel specialized on wellness. Maybe you even didn’t know that you could enjoy your recess in a historical environment, or, even better, at castle…

Published: 20.4.2010
Do you wish to be more closely to the nature? Do you like forest smell and sounds? So, would you visit Kersko, a loved place of writer Bohumil Hrabal.