en.infoglobe.cz » Places of interest » Kolín - The Town Of History, Music... 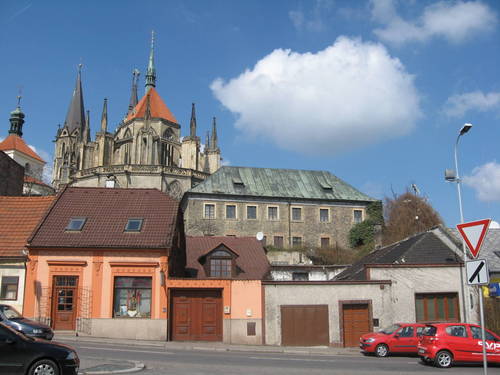 Spacious Charles Square is surrounded with houses in Baroque style. From one part, white arcades are decorated, just opposite, you can find Town Hall in Neo-Renaissance style. And this fairytale atmosphere is completed with spring sunshines. And, as it is well known fact that fairytales do not calculate with parking cars. And if so, you have to pay for a fee there as in any other town. Frankly speaking, Kolín, where nearly 30 thousands of inhabitants are living, does not miss, except tube and trams, nearly anything. 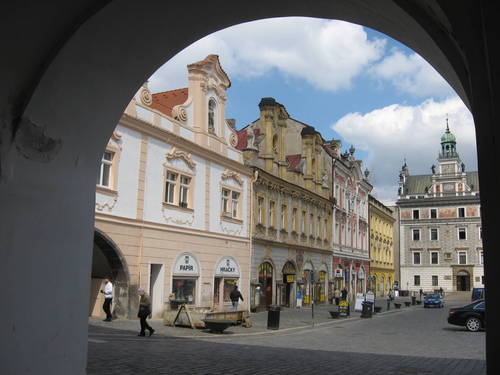 You can find there a church, museum, cinema, theatre, and many pubs. Even discos, electric power stations or factories do not miss. Historical city nucleus is very picturesque. Since 1989, this historical quarter was declared as monuments´ reservation.

St. Bartholomew Church is majestically rising over the town. The building is of early Gothic style, constructed just within second half of 13th century, Anyway, the reconstruction came one hundred years later. If the church is surprisingly resembling Prague´s architectonical jewels, you are not mistaken. Petr Parléř participated on construction of Kolín´s Church. This builder gave the face, for instance, to Charles Bridge, St.Vitus Cathedral in Prague and several other important monuments. Local museum is to be found not far distant from St.Bartholomew Church. 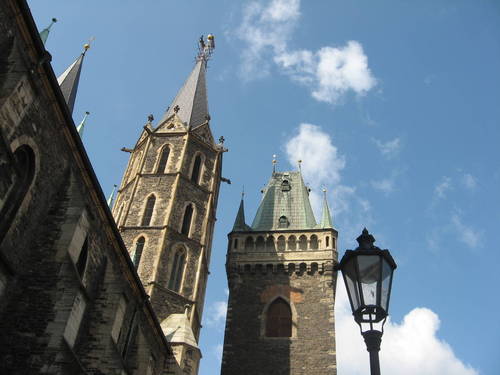 When walking from historical nucleus towards Elbe-river, you discover a lot of buildings, interesting from architectonical point of view, such as Grammar School building or Business Academy building. However, the house where lived and worked František Kmoch, musical composer, (most important figure of Czech wind instruments music), is not too interesting, with exception of small table, reminding his stay there. It is standard general tenement house, situated at the end of Kutnohorská street. 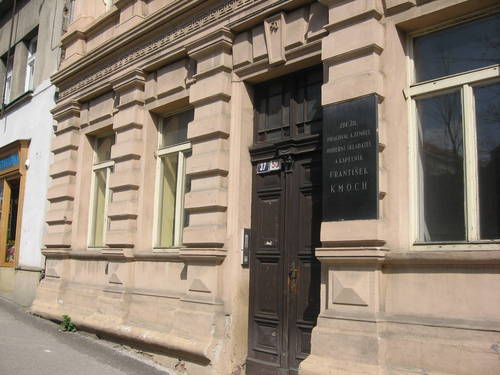 „Kolín, Kolín, you are situated inside nice plain!“ - these are the words o famous Kmoch´s sing, known by everybody in Kolín. Just since 1962. each summer, local citizens remind a memory of famous musical composer with wind-instruments´ festival. Small island in the middle of Elbe-river, bears the name of this famous person. Here, you can find also his statue.

In distance of  several hundreds of meters from idyllical  street, where F. Kmoch´s house is situated, you can find wide bridge. And just in its neighbourhood, high red-white factory chimney is rising. The bridge overarches not only Elbe-river but also several railway lines. Across the bridge, from industrial zone to historical nucleus, thousands of vehicles are streaming daily up and down. However, their speed and noise cuts you, for sure, from your meditations, regarding thoughts, how exactly passed the life in historical time period.