Paradoxically, I have learned about the very existence of this villa at an exhibition dedicated to Czech cubism in Prague. The only thing that serves for my apology is that during the renovation and I had a commuting job. I had absolutely no time to think about the villa.

Libodrice is a very small town. It covers area of 591 hectares between Kourim and Kolin and have only 275 people living there. According to archeological diggings, the area was settled in the Stone Age already, however, the first written note about the town has its origin in 1266. Then the owner was Milhost of Libodrice. In the 14th and 15th   there were already several yeomen with the nickname “of Libodrice”. After 1650, owners changed quickly. In 1738, Jan Michal Altman got the dominion and he rebuilt a stronghold into a castle. 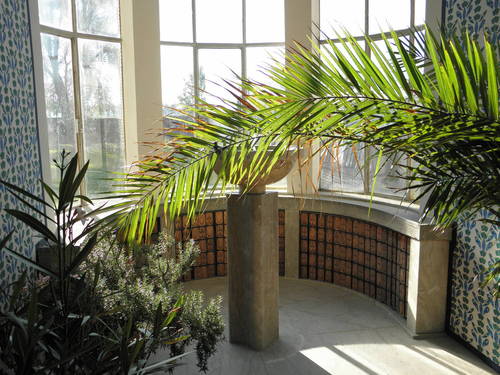 Adolf Bauer got the dominion in the 1920’s. He rebuilt the original castle to agricultural facilities such as offices and flats. They were used even during the communist regime in Czechoslovakia

Czech cubism originated in the style of Pablo Picassos’s paintings. Czech cubism was mostly present in architecture and applied arts. The IWW interrupted its impressive start and when the war ended cubism transformed to the so-calledrondocubism and later to purism and functionalism. 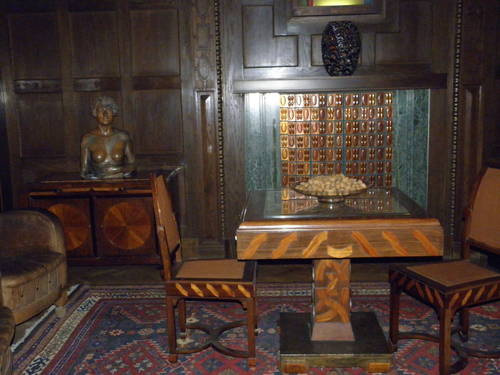 The plan of Bauer’s Villa didn’t count only with cubist style of the exterior but interior as well. For example, furniture by Vojtech Dolezal from 1916, vessels by Vlastislav Hofman and Pavel Janak, designers from the 1820’s.

Adolf Bauer and his family lived in the villa for a short time until his death in 1929. Later, his wife got married again and moved to Prague with both daughters. The whole Jewish family died during the holocaust.

In the time of the Nazi occupation, a German citizen, Augustin Juppe, lived in the villa. Libodrice became the owner of the villa after the war. The town had its administrative center there as well as there was a library and haridresser’s. Due to lack of funds, the villa wasn’t maintained. In 2002, it was sold to the Czech Cubism Foundation. The foundation removed the villa in the years 2005 – 2008 and since June 28 it has been opened to the public. Also the state contributed some finances as well as the Region of Central Bohemia and the European Union. 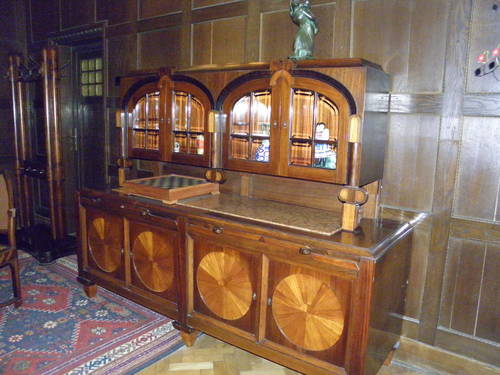 The villa offers the atmosphere of the 1920’s. It applies not only for the exterior but for the interior also. A hall with stairs is preserved, fireplace, kitchen, bathroom, and predominantly a library, wooden inbuilt closet and a cubist furniture. A replica of a cubist summerhouse in the garden will also attract the visitor. The exhibition is also a gallery of cubist design.