To Štiřínská stodola but we didn’t go. It was early morning and we did not want blurring his mind us in such a beautiful sun-drenched autumn day. Therefore we stopped the baroque castle Štiřín, which now operates as a hotel and with Štiřínská stodola don’t compete. Really don’t. From folkiness and atmosphere of domesticity and on Štiřín castle it is going up more to standard even luxury.

For parking in the courtyard of the newer part of the castle has enough space. Staff oscillates from the early hours of the morning - see to the English garden and the green around the hole number one rake out the fallen leaves. For the moment the first players should come, so they lot´s to do to don’t get the ball to the head, in a month, which gave the name in November. 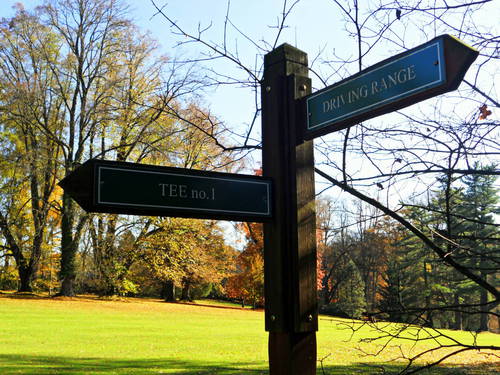 Golf has a long tradition at Štiřín. Already in the twenties of the last century Baron Franz Ringhoffer, the former owner of the castle, used to play golf around Štiřín, specifically in Olešnice. This game with accuracy loved so much that he sent his coachman to England, where he should learn something from masters of the islands, but also the art care for golf turf. In 1931Ringhoffer, became the first chairman of the National Golf Association. During the war, nor communism, the golf was not very successful. With greens and golf balls in the Czech Republic have proliferated again after revolution in 1989. Golf at Štiřín appeared in the late 90 years, but then golf life at the castle at the time died, fully took off again in 2003 with the opening of the golf club Ringhoffer Golf Club. At the Chateau Štiřín can even play under the roof on the golf simulator. 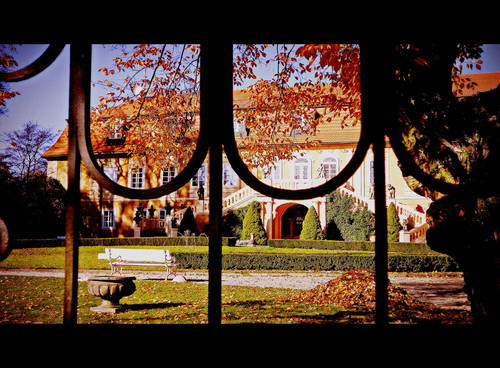 Glanc at every step

Štiřín but it is not just synonymous with golf. For its sport camps it regularly used by Czech national football team, who trains at the nearby playground in Kunice. This seemingly inconspicuous place eventually but probably seen every one of us - there must be spun Life at the castle and chateau or Flying Čestmír. It is prospering and you can see it from the outside and inside. Everything carefully maintained as if at any moment the castle was to appear distinguished guest.

And for the special guests was Štiřín castle used since its establishment, even in early 15th century, when in his place there stood a fortress. Even then, this place has liked King Maximilian, who had spent the night on his first business trip to Prague. The original fort, even today you can see three vaulted rooms on the ground floor, the rest of the building was rebuilt the castle after the Thirty Years War. 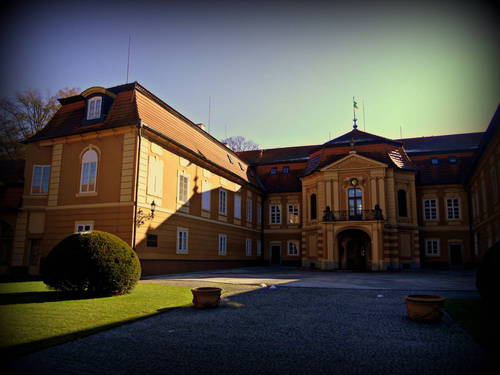 An important role Štiřín acted, at that time owned by the state, just after the war, when it became part of the action locks, focused on rescuing children from German concentration camps and Czech internment camps. Then Štiřín began decay. The renewal of life in it again began to work more intensively in 1985, ten years later the Ministry of Foreign Affairs established a contributory organization Štiřín that it has to manage. Its rehabilitation and rebuild to hotel, conference and cultural resort with the possibility of sports and fitness facility, from the initiative of Václav Hrubý, works up to 2007. Štiřín lies in an ideal distance from Prague (20km), is a popular place for weddings, but also other social events. 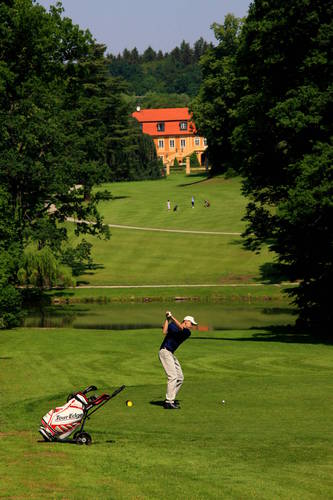 CZ: Štiřín Hotel - Everything Revolves For You

Published: 8.10.2012
Twenty-five kilometres southeast of the city centre, in a quiet countryside with extensive forests and numerous lakes, is located the historical noble residence of Štiřín. Castle and other objects of complex serves for several of hotel, cultural and sporting uses and also as the best conference centre.