When you decide to visit this extraordinary historical landmark you should descend to theDanube riverbank. We did so and on the following lines we will describe you our experiences we gladly remember 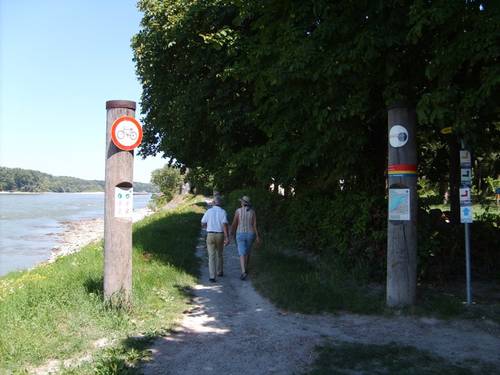 But lets take it step by step. By the Danube riverbank in the town of Hainburg you may find connection to the Danube bike trail , small harbor, medieval fortification ,various restaurants or a park with benches. All of this offer a view on the European river. This park is somewhat of a gateway to Dunajske luhy Protected Landscape Area , or Donau-Auen in German. If you wanted to put away your bikes, you would be disappointed since we didn’t find any stalls, however, it was sufficient to put your bike on lock tight to a bench. 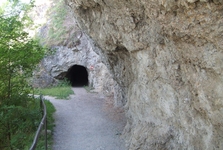 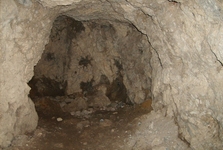 Discreet entrance to the landscape park is shown by a sign board. Also there are depicted many bans. One of them is a ban on riding across the area on a bike. However, many visitors ignored this. Across the area there goes about 1,5 meters wide sandy pathway that lead as to a cave tunnel made of a conglomerate known also as breccias. A walk in several meters long tunnel was pleasant summer refreshment since the temperature outside reached 30 degrees. Rock formations with caves accompanied us for several meters. While there were just rocks on one side of the pathway, the other opened beauties of local ladscape . Small "bays", grassy "islands", or trees “growing up” from water. Myriads of mosquitos accompanied us on our way as well as runners’ boards with distances on them. On a grassy field there was a massive wall and a board telling about history and significance of this place. Five meters further there was a pathway leading to stairs which led us on a small courtyard of castle ruins . The courtyard was lined with a fence protecting visitors of this remarkable landmark from falling down. There were infoboards on the fence about the landscape area, fauna, flora around and, of course, about history of the castle. 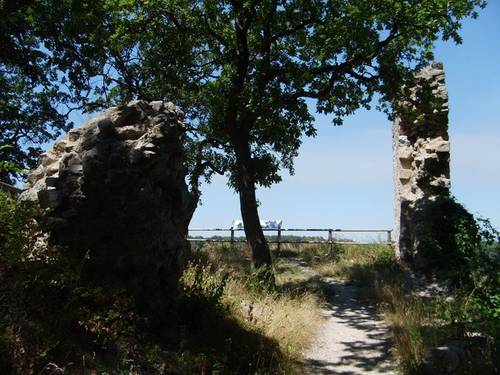 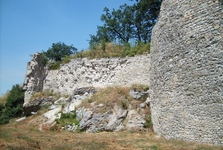 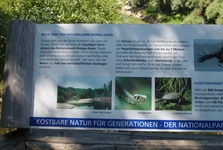 As we had learned, Röthelstein castle also known as Heimenburg (older castle) was smaller than more known and monumental Hainburg castle ruins and Devin castle. It was located on a 30 meters high cliff. First notes on the castle date back to 1180 A.D. The name of the castle suggests it was a border castle that most likely controlled market and fishery on the Danube. Later, other rulers followed. In the 16th century, the castle was seized by the Turks. In the course of time, the castle was taken to pieces which were used to built nearby town Hainburg. To the present day, only external walls and palace walls remained. 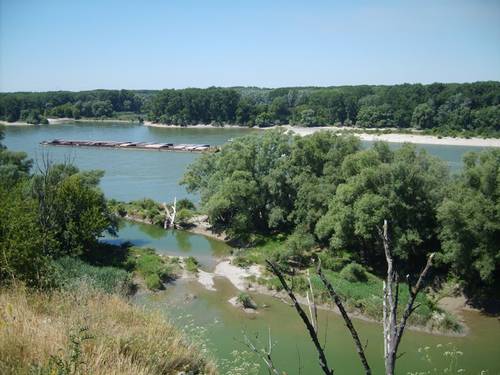 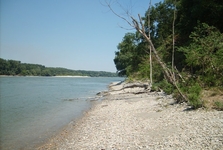 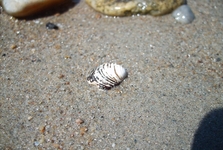 When we were filled with historical facts we remained gazing on forested landscape. On the way back to our bikes we noticed a literally gravel beach washed by the Danube. We stopped by on one of them, took several pebbles and shells. We felt like we were by the seashore. Still, we recommend every fan of history and nature to visit Dunajske luhy Protected Landscape Area guarded for centuries by Castle Röthlestein. For instance make it a stop on a bike trek across Austria.