Churáňov lies on the slopes of Churanov hill and over a thousand meters high hill towards the town of Vacov quite steeply breaks straight into the Sumava foothills. The area has been settled since the 18th century thanks to the development of glassworks in nearby localities. In 1980, some chairlifts were built as well as several ski slopes. Soon it became one of the most popular winter resorts in the region of Šumava. They also built a diving bridge here. Previously, tourists could see the tourists' tower as it was a lookout tower, but then the building became dilapidated and was inaccessible to the public. Today, the 32-meter high observation should be accessible again for tourists. At the very top of the hill you will find a meteorological station. 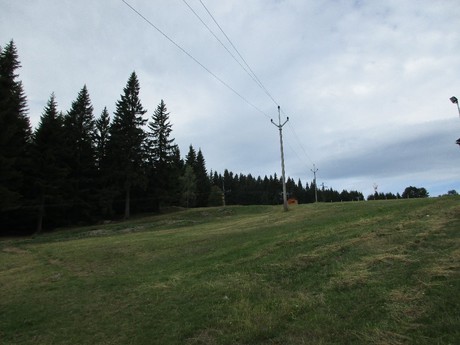 The most significant places around Churanov are joined by a 10 km long nature trail with 7 stops. The trail runs around U Churanu, one of the oldest preserved buildings in the Sumava region. Another interesting stop on the nature trail is the Klostermann Rocks, named after the famous Sumava writer - Karel Klostermann. It is a winter log, created by water that froze in the rock massif and caused it to crack. The rock is covered with vegetation, there is a small bench on its hill, and below it the rocky sea. 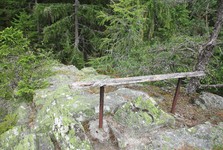 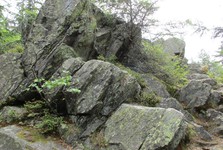 Not far from Churanov lies the highest situated Celtic fortified settlement in our country - Giant's Castle near Horska Kvilda. 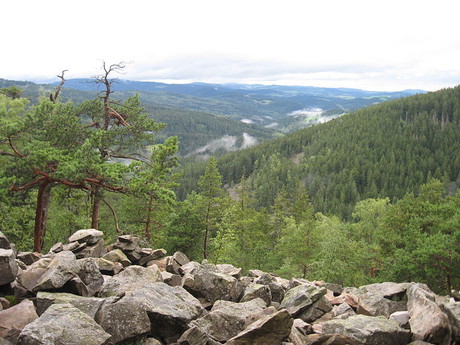 From the crossroads at Hotel Olympia there is a blue tourist sign that goes through the place called Zlata Studna. It is a forest clearing, a former glassworks, built probably in the 18th century and disassembled in the 1950s. Today there is one holiday cottage, but there are also foundations of older buildings. In the forests above Horska Kvilda are also the remains of the famous Zlata Stezka. The village is also interesting because it lies in the frost basin and the thermometer here often shows below zero temperatures. In the winter there are no exceptions to temperatures around minus 30 ˚C, even in the summer it happens that the temperature is below zero. Which is a real refreshing on the summer's summer days. But think about it and take something warm. Horska Kvilda is connected with the writer Karel Klostermann. In what is Rankl inn today, formerly U Palouchu, Klostermann's novel V Raji Sumavskem (In the Paradise of Sumava) begins. 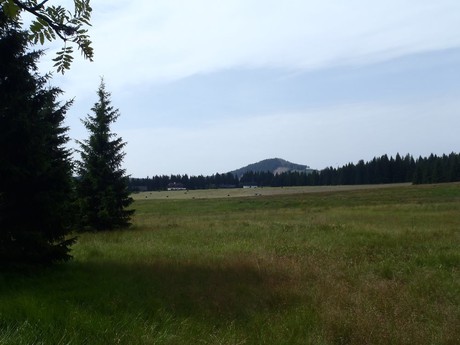 Less than a kilometer from the village lies Jezerni Slat. The best way to get there is by following the blue tourist sign onto the road leading to Kvilda. The Slat has been protected since 1933, local typical wooden walkways  add to a wooden lookout tower which is also situated there.

From Zlata Studna, you can also continue along the yellow tourist trail that runs through the site called Ranklov. Here the legendary strongman Rankl Sepp lived. He is one of the characters in Klostermann's novel. The marked trail continues to the places where  used to be the village of Zhuri. The village met fate similar to Zlata Studna. No one has lived here except soldiers since the 1950s. The barracks that were left behind were finally demolished in 2009, leaving only the chapel of the entire village. It is also interesting that there has been one of the last armed clashes of World War II on our territory. 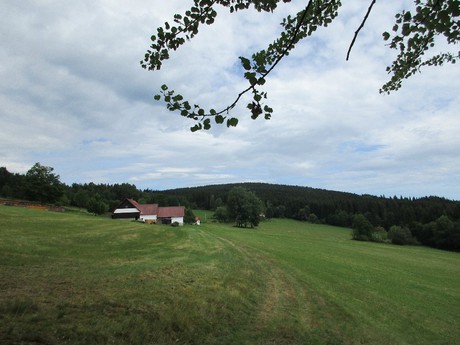 Will you make a trip to beautiful nature?