On the northeastern border of Prague's district of Žižkov, 270 meters a. s. l., rises Vítkov hill dividing the Žižkov and Karlín. Vítkov is known mainly because there 14th of July 1420 Jan Žižka of Trocnov at the head of numerically weaker the Hussite forces defeated the crusader army of King Sigismund of Luxembourg. In honour of this event so important for the Czech Jan Žižka history was built on the tomb monument, to which may be not only the people of Prague, but the Czechs are proud of because it is the largest equestrian statue in the world. If you would be in Žižkov in the 19th century, well you lived in the district of Vinohrady, which was only later given its present name and became a town. The first mayor of Žižkov came in 1882 with the initiative of founding the Society for the construction of the monument in Žižkov, but later efforts of the Association was stoppedby the First World War. 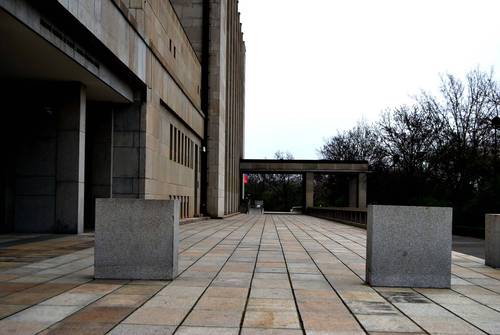 After the establishment of independent Czechoslovakia in the period 1928 - 1938 by the architect John Zázvorka built a monument of national liberation. Just because it was also the 10th anniversary of the founding of Czechoslovakia, the president TG Masaryk took part in laying the foundation stone. Gross work on this monumental work was completed back in 1933 and attention is then focused on interiors and interior decoration. In 1938, but work was interrupted because the Republic has become a prisoner of the German empire, which also resulted in the further use of the monument, from which the German army took stock and after the war, in 1948, it became the Red Army Hall. 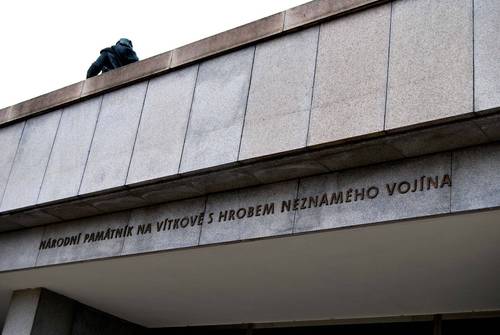 Since 1951, the Žižkov Monument began to serve for the purposes of Czechoslovak Communists who had started to move the remains of its major Party man. After the death of the first working class president Klement Gottwald became his monument is the mausoleum where his body for up to 1962 personnel and medical care was later cremated. Velvet Revolution was again for the Žižkov Monument watershed, because the body was buried Communist leaders moved to private graves. In 2001, the National Monument on the tomb of the unknown soldier's grave and statue of Žižka passed under the administration of the National Museum and now you can visit the permanent exhibition (Crossroads of Czech and Czechoslovak statehood, Laboratory of power). 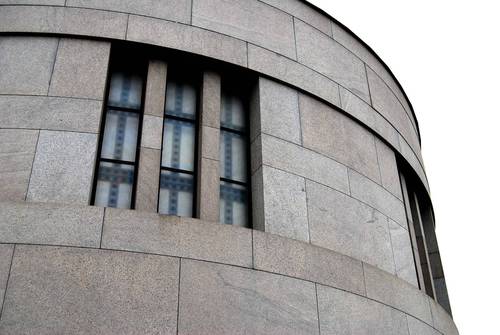 A view from inside the monument is impressive. At its centre is formed by three-nave hall Ceremonial Hall. The front hall space, which it dominated, was originally used as a podium, which would be used during funeral ceremonies or occasions. In 1938 he was in this space a metal sculpture of a winged genius proclamation of freedom from sculptors Karel Kotrba and Ladislav Kofránek, which was destroyed by the Germans after the war and subsequently restored. Above the stage hangs a tapestry with the emblem of the first Czechoslovak Republic by the academic painter Karel Svolinský. Above the cornice are ceramic surfaces with historical characters from the countries of the First Republic. In the western part of the ceremonial hall you can see the grandstand with organ music and a place for singers and lower a mosaic of patriotic lies, called Where Is My Home by Jakub Obrovský. 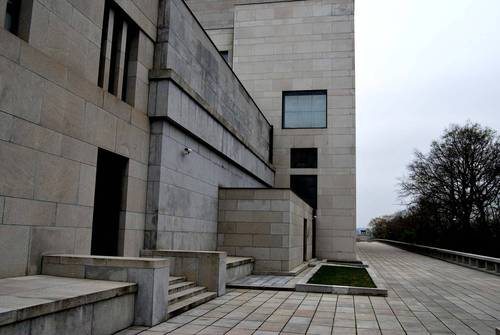 As you can read above, part of the monument is the grave of the Unknown Soldier. They are actually the remains of several unknown soldiers, placed in one coffin. Marble pillars that surround the sarcophagus, also support the statue. In the foyer you can see the tomb sculptures to display military virtues - loyalty and bravery. In recent years, but expanded to include decoration plaque participants modern foreign missions and in 2006 there was buried a hero of the First Republic, General Alois Elias and his wife. 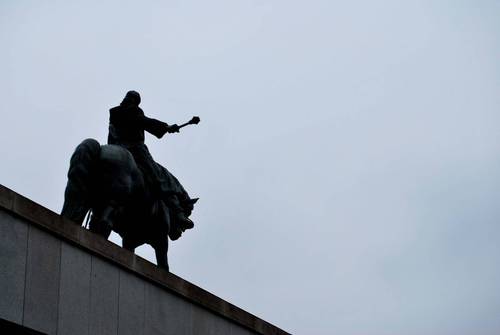 Vitkov is a beautiful place to relax in Prague, especially in spring and summer months. Although it is necessary to complete a first small climb, but the sight of a major city that actually breaks down before the man was as if the hand is reward enough. The memorial exhibition halls are periodically various exhibitions. 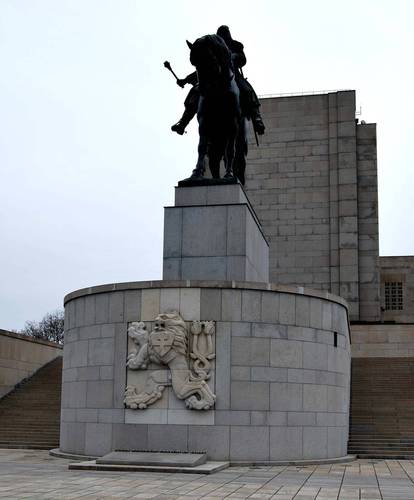 Published: 30.3.2012
On the border of Vinohrady is located a picturesque park with a nice atmosphere and many places to explore.