We recommend you this tower in case you want to have a bird’s eye view over one of the most beautiful cities in the world. Indeed, Prague righteously is such a city and apart from Petrinska tower Zizkovska TV Tower offers also magnificent view . 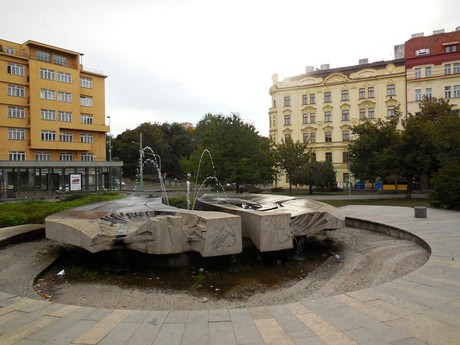 The fastest way to get there is by subway. You simply get off at Jiriho z Podebrad station along the A line . You will find yourselves on the square of the same name. The square consists mostly of a park where you can see a fountain, Roman-Catholic church the Most Sacred Heart of Our Lord . At the tallest point is the structure 42 meters tall. Designed by famous Slovenian architect Josip Plecnik the church was constructed between the years 1928 and 1932. Its most prominent feature is a belfry. Having 7,5 meter in diameter the tower’s clock, is the largest in the Czech Republic . 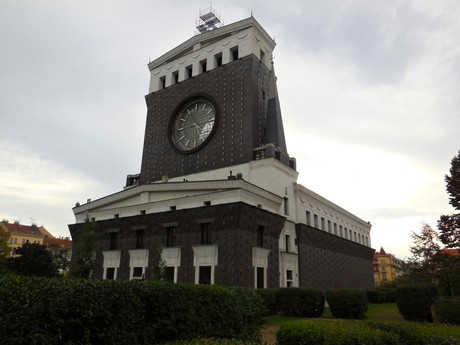 The church drew inspiration from Noah’s Ark. In the year 2010 it was put on the list of national cultural sights. In 2014 it even received a nomination for UNESCO World Heritage list. We observed the building from the outside as well as on the inside. Inside the church is extensive yet simple. Our sights drifted from benches, stone altar, paintings and reliefs to its paneled ceiling. 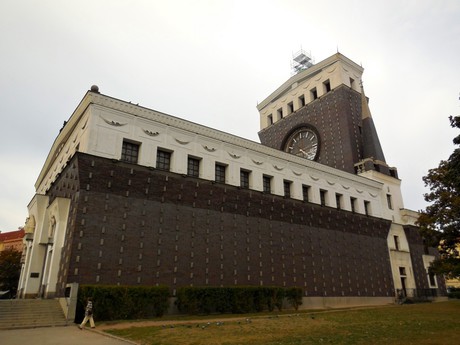 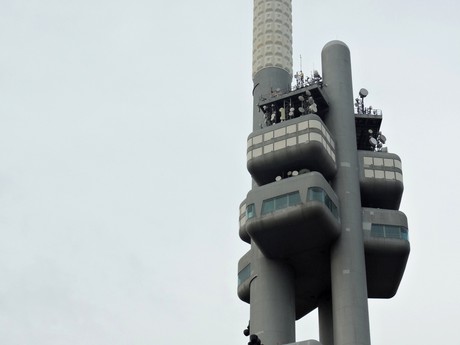 Indeed, “ugliness” is a term of comparative meaning depending on your personal point of view. We find it a symbol of courage and very hard work. 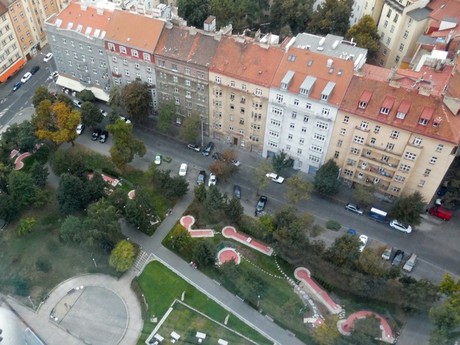 Mahler’s Gardens, children playground, minigolf, petanque place, a nice restaurant, and a spot where you can do some activities like ice skating are all located around the tower. The place which caught our attention, however, was the Jewish cemetery. It actually surrounds the tower. Founded in 1680 it was the place where the victims of plague in Prague Jewish town rest. The cemetery is open to the public on Mondays, Wednesdays and Fridays. 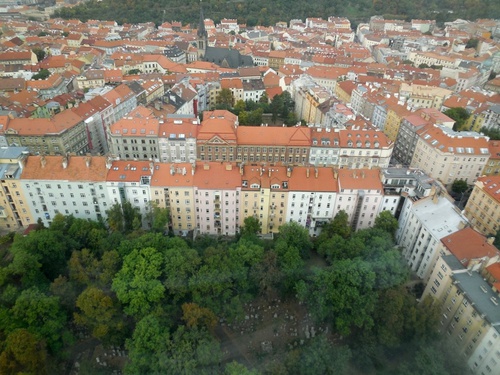 We decided to enter the tower upon a short walk around the tower resembling a space shuttle ready to start. What we saw inside, what we experienced is about to be revealed in our article next week.

A Vacation in Slovakia and Czechia Is A Good Idea!

Published: 20.12.2020
At a time when the COVID-19 pandemic has affected not only our health but also our economy, including travel, it is difficult to plan a holiday or relax for the following year. Not everyone dares to travel to the sea or to exotics. But don't despair, because the Czechia and neighboring Slovakia offer a lot of experiences and relaxation surrounded by nature.