In the past was in these places the castle moat, starting from the Royal Way. Originally, the square named Hybernská under Irish Franciscan monks who built a monastery. The northern part of the square was named Josefská or Capuchin, because this place was founded in 1630 by the Capuchin Monastery with the Church of St. Joseph. Later, the square named Franz Joseph I. After the establishment of independent Czechoslovakia was decided to rename the square to the Republic Square. 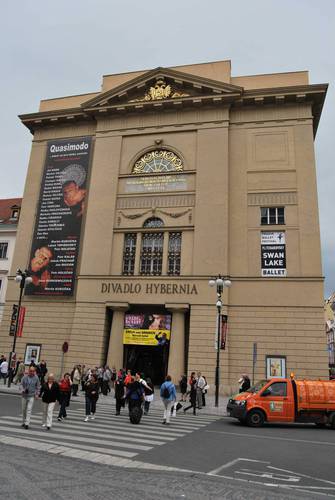 Around the Republic Square lies a few interesting and important buildings. One of the most important is the Powder Tower, the Gothic architectural work based in r.1475 King Vladislav Jagiello, who had lived in King's Court, located in the place of today's Municipal House. At the end of the 17th century tower served as a gunpowder store and it has since assumed the name of the Powder Tower. At the end of the 18th century, during the Prussian siege of Prague, was heavily damaged. In the late 19th century, its reconstruction was carried out and the tower got its present form. Currently, the tower is open to the general public. Visitors can get by 186 stairs to the viewpoint at a height of 44 meters, from where it offers a picturesque view of the city. 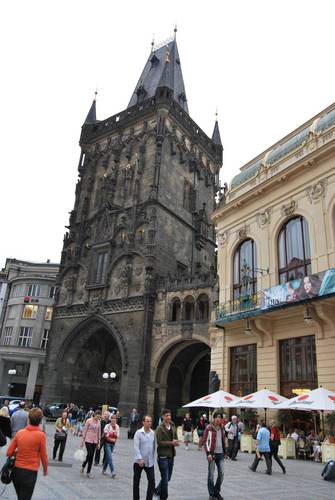 In close proximity to the Powder Gate, the site of the original residence of Czech kings - King's Court, is the Municipal House - one of the most famous Art Nouveau buildings in Prague with renaissance elements. The Municipal House was built between 1905 - 1912 designed by architects and A. O. Polivka Balšánek. The decoration is the work of leading Czech sculptors and painters: Joseph Myslbek, Ladislav Šaloun, Karel Novak, Joseph Mařatka, Alfons Mucha, Jan Preisler, Mikoláš Aleš, Max Švabinský, Francis Zeníšek. The main area of ​​the Municipal House is a multipurpose Smetana Hall, which is currently held various concerts - especially classical music, such as the Prague Spring Festival. Other theaters are the Mayor's room with paintings by Alfons Mucha, Rieger Hall with a bust by FL Rieger Myslbek, Palacký hall with decorative paintings by J. Preisler on the ceiling and walls, etc. Gregr hall on the ground floor and basement of the Municipal House is located a few restaurants and cafes such as the French restaurant that has been preserved almost in its original form, the American bar, which was decorated with drawings by M. Ales-colored from years 1910 - 1911, etc. The building is also located information centre. Besides the concerts are hosted art exhibitions and various events. 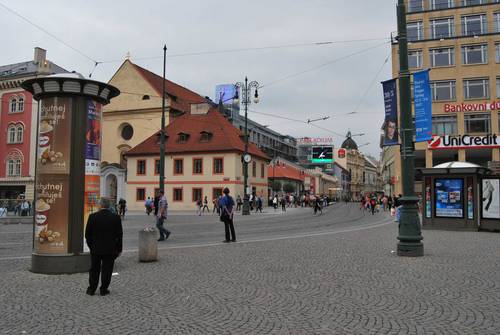 Opposite the Municipal House is the House at Hybernů, a former Church of the Immaculate Conception of the Virgin Mary in Irish Franciscan monastery from the 17th century. At the end of the 18th century the monastery was closed and the beginning of the 19th century (1808-1811) was converted to the customs office in Prague designed by architects Joseph Zobel and Georg Fischer. During the reconstruction of the facade of the church acquired a distinctive Empire facade. Later the building served as the House of exhibition services, after an extensive renovation in 2006 was opened Hibernia Theatre, musical scene. 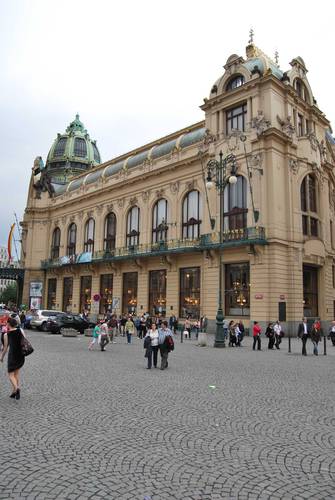 In the eastern part of the square lies St. Joseph, a baroque building from 1630 - 1653 by architect Melchior Mayer, built at the monastery of the Capuchins in 1630. In court is a statue of St. Jude Thaddeus in 1741 and two statues of angels, which, together with a statue of St. Francis of Seraphim stood originally on the Charles Bridge. Inside the church there are two altar paintings by Karel Škréta of 1653. 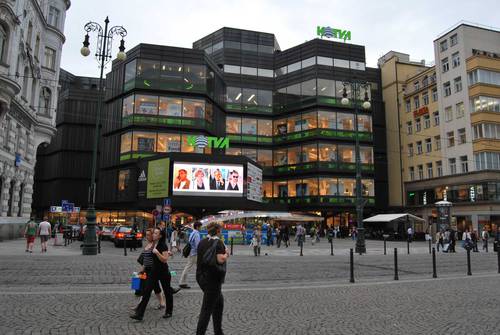 Besides were once Josefska barracks, later renamed as Jiří of Podebrady barracks, which were abolished in 1993 and was built in their place new commercial and administrative center Palladium.

Opposite stands a department store anchor for the years 1970 - 1974 designed by architects Vera and Vladimir Machonin. 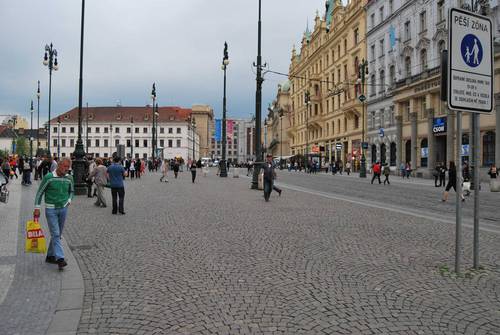